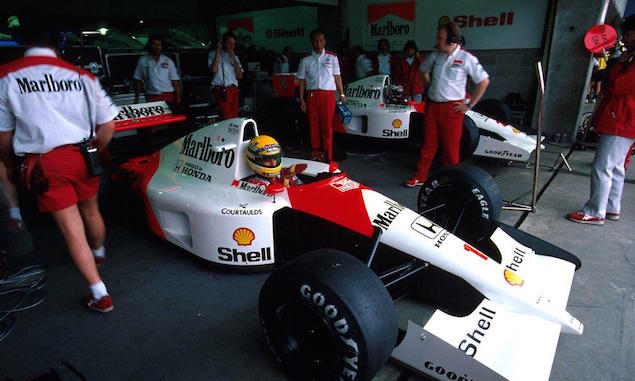 Twelve days of testing: that’s all the teams get to prepare for the 2015 season and it’s fair to say there’s plenty of sphincter clenching going right now, as the rush is on to be ready in time for Melbourne. It wasn’t always like this and in fact it wasn’t uncommon for teams to start a new season with a tweaked version of the previous year’s car, introducing a new machine a few races later, maybe waiting until the championship “really started” in Imola, or wherever the first European round took place.

In 1992, the final year of their partnership, McLaren and Honda were in that situation, turning up at the first two rounds in South Africa and Mexico with a tweaked ‘B’ version of the ’91 MP4/6. At Kyalami, the Williams dominance that was to be the story of the season had already begun with Nigel Mansell and Riccardo Patrese finishing first and second. Ayrton Senna managed to bring the 6B home in third place, followed by Michael Schumacher, but Gerhard Berger was 20 seconds behind his McLaren team-mate in fifth spot.

In Mexico, Berger and Senna only qualified fifth and sixth, as both Williams and Benettons outpaced them and although Berger took the fastest race lap, he only finished fourth, while Senna retired with transmission failure.

Therefore it was clear the McLaren-Honda was not going to be competitive enough and a drastic solution was required. McLaren boss Ron Dennis decided to speed up the MP4/7 programme and send the new car to Brazil for round three. Of course, the 6Bs would also be there, as they were on the round-trip for all the freight. Neil Oatley, McLaren’s Chief Designer at the time and still with the company today as Director of Design and Development Programmes, recalls a hectic week in Sao Paulo. “Not only was the 7 a brand new car, it also had a brand new engine and that wasn’t ready to go for the first race,” he explained.

“The MP4/7 had not been tested by the time the 6Bs had gone off to the first race, where the 6B performed okay but it was nothing special.” There was no way the 7 could just be sent to Brazil untried, so the Woking team took a car up to Silverstone to put it through its paces. “I can’t remember how many miles we did but it was not an exhaustive test by any means,” continued Oatley. “After the test, we didn’t have a clear idea of how good it was, as there was no comparison made and it was still at the initial stages. On paper we knew the chassis was going to be better and it had a new semi-automatic gearbox, which should have given a reasonable improvement. The engine was still a little bit unproven at that stage, so it was not necessarily a big difference compared to the engine that was in the 6B at the time.” 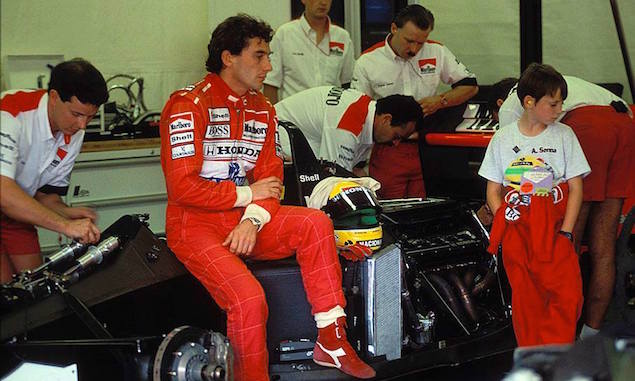 If you consider that space was at even more of a premium back then, at the most cramped paddock on the calendar, running 6 cars was a logistical nightmare and Oatley recalled the difficulties the McLaren crew faced. “In Interlagos we ran five of the six cars. It was a bit chaotic and there were a few reliability issues as well, so the 6Bs were pressed into service. In those days we ran a full test team and they came out to Brazil as they were familiar with the new car, running a reduced service on the cars that weren’t being used. I can’t remember exactly how many people we had out there: extra mechanics, a couple more gearbox guys as we had the new gearbox and some engine engineers.”

Back in those days team bosses really understood their cars and Ron Dennis could not stop himself from getting his hands dirty! “Ron loves getting stuck in and he did,” said Oatley. Hard to imagine the current team principals spannering their own cars isn’t it? “Running six cars was not as bad as one might have thought, although there was a space issue and it was a complex business having access to all the spares for two models of car. Most of the focus was on the new car and the 6s were only really going to be used if the 7 didn’t work. It wasn’t as though we were doing extensive back-to-backs. The 6Bs were effectively there as back-ups to the 7s, which we really wanted to race. I can’t recall much about qualifying and practice, but before the parade lap, Gerhard’s car wouldn’t fire up and he started from pit lane. He had an electrical problem on the grid with the gearshift. I can’t remember now if he raced the T-car but it failed almost immediately.

“There was a throttle problem on Ayrton’s car in the race so that it was either fully open or fully shut,” continued Oatley. “The car was very difficult to drive, much to the annoyance of the train of cars and drivers who were sitting behind him! That was down to an electrical problem and when it became impossible to deal with, he had to retire. We had learned a fairly expensive lesson that weekend!  And the problems stayed  with us until Montreal, while the new engine wasn’t really developed enough until the middle of the summer.”

No doubt this year, Honda and McLaren will be hoping their new relationship starts better than the old one ended! 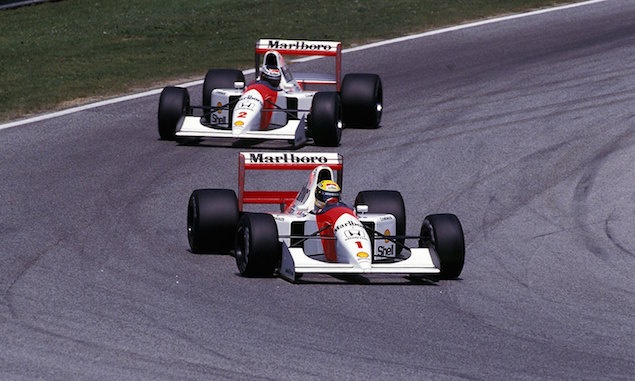