It’s not difficult to find former F1 drivers in the paddock, as TV companies greedily hoover them up as expert pundits. Some, Eddie Irvine for example, pretty much disappeared from the scene as soon as they stopped racing and re-emerged as successful businessmen. You get to see them once a year on the back of a yacht in Monaco, seemingly without a care in the world. Fitting that mould is Bertrand Gachot who raced in Formula One from 1989 to 1995. He’s here in the Principality, because he owns Hype Energy Drinks, sponsors of Force India and the irony of that, is that his F1 career had its highest and lowest points at Jordan, the earliest iteration of that team. 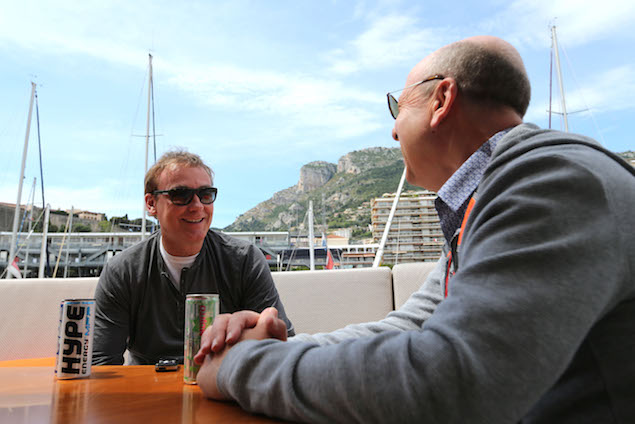 Young Bertrand was regarded as a rising star, having won the most closely contested of feeder series back in the day, the British Formula Ford Championship. However, despite a handful of good F1 results and a win in the Le Mans 24 Hour race with Mazda, he is best remembered for one thing, which we will come to later.

So Bertrand, a successful businessman these days?

It was a choice I made. When I was coming to the end of my racing career in Japan, I was impatient to quit and get into business. I was aware that there was plenty to do, I really wanted to be in business and I also realised I no longer had a future as a racing driver. I wasn’t in Formula One and what I had wanted was to win grands prix and be world champion. Once I saw that wasn’t going to happen, it was time to switch to something else.

Did you know exactly what you wanted to do?

Absolutely not! I began by investing in various businesses and Hype Energy was the one that seemed to be working best, even if it was very tough at first, when I started as a distributor in 1998, before buying the brand in 2000. It seems incredible now, but we thought we’d come into the energy drink market too late and in fact it was only the beginning of a phenomenon. It was a very difficult time and I was unsure if I was on the right path as my passion ‘til then, ever since I was a kid, was motor racing.

If you had to compare going through Eau Rouge flat in the wet with gambling money on an unknown quantity of a business deal, which was the most thrilling?

To tell you the truth these were just different stages of my life. The first one was my education, school etc. that was one life. The second one was motor racing which was an incredible life and an incredible challenge. It was the dream I’d had since childhood. There was no racing background in my family, but I remember once, when on holiday in Switzerland, I went to see a Hillclimb and I said “that’s for me". 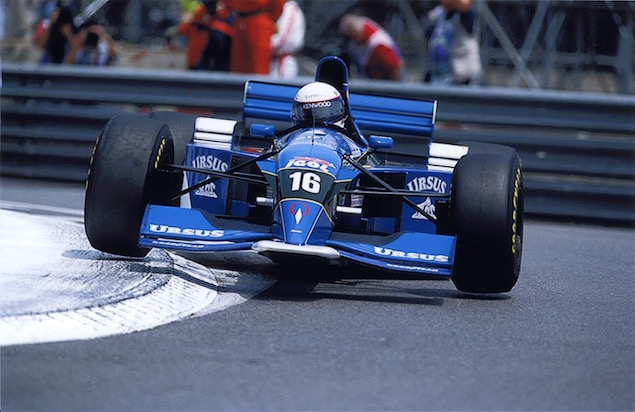 Were you talented at any other sports as a youngster?

No, not at all! But I decided there and then, this was what I wanted to do. And then I came to this the third phase of my life, which I love and live to the full. As a driver I always found it difficult to sell myself. When you are a racing driver you have to be able to say to people, “I am the best, put me in the car and I’ll show you what I can do.” Doing that is much easier when it’s about a product, not about yourself. I always had to force myself to say things about me. It’s not like me to think like that and I have too much respect for people in Formula One.

I’m going to say something stupid now but I believe it: I reckon I was one of the last gentleman drivers even if I’m not a gentleman. I was one of the last with an amateur attitude, in that I never went to the gym and I never spent the day fitness training. I was super happy when I found myself in the company of Senna, Prost, Mansell, Piquet and so on. I felt lucky, because I felt I was closer to the spectators than to the guy who was going to be world champion. That’s how it was.

But you had the talent

Yes, but I surprised myself sometimes and thought, “well, just look at me, how lucky am I, winning this race or that championship,” and that even happened in Formula One. Sure, I didn’t manage to do what I’d have wanted but, on the other hand, I’m very happy with the career I had and the life it gave me, allowing me to meet extraordinary people over the years. And today, Hype Energy is the result of all of that if you will.

And now, it’s brought you back into the sport as a sponsor of the team that gave you your best F1 results.

Yep, that’s the irony of it, especially when you remember that back then, the team was sponsored by 7Up. In it’s current form, the team has a lot of drinks sponsors, so it makes sense in every way. 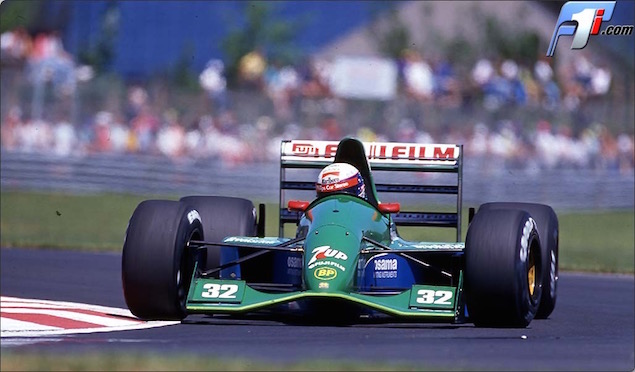