After Sebastian Vettel's second victory of the year in a chaotic race, F1i looks back at how the Hungarian Grand Prix unfolded and opens itself up to future ridicule by checking just how accurate its podium prediction was… 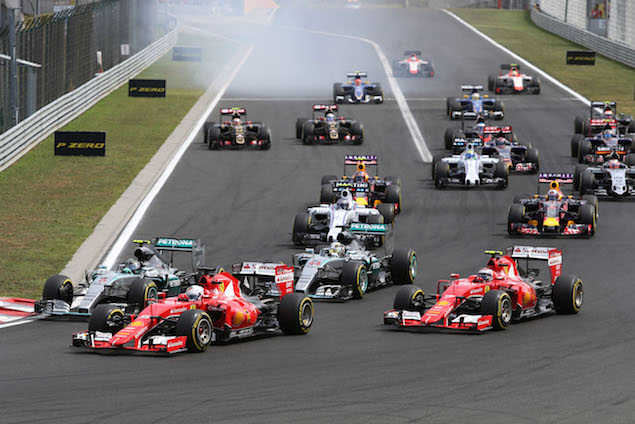 An incredible start from the Ferraris saw Vettel lead Raikkonen on the opening lap and the pair pulled away as mistakes from Hamilton dropped him to tenth. Collisions galore saw a number of penalties before Hulkenberg's front wing failure caused a safety car period, bunching up the field. With Raikkonen having to retire, Rosberg was up to second but under pressure from Ricciardo, and contact between the two gave Rosberg a puncture and demoted him to P8. Vettel took an impressive victory, Kvyat inherited second from Ricciardo while Verstappen and Alonso also benefitted to take fourth and fifth from Hamilton.

Before the lights went out it looked for all the world like Lewis Hamilton would receive the F1i plaudits, but it's Sebastian Vettel who gets the nod after classic Vettel drive. An impressive start saw him lead in to Turn 1 and Vettel then managed the pace following three very quick opening laps, just like he used to at Red Bull. Even the Safety Car which erased his lead didn't affect him, and Vettel was one of few drivers to enjoy a faultless race.

While it wasn't quite a repeat of 2014's race, Daniel Ricciardo was back to his best in terms of race craft. Attacking throughout, Ricciardo was once again imperious on the brakes and his move on Lewis Hamilton at the Safety Car restart was impressive, outbraking the championship leader around the outside of Turn 1. Though Hamilton duly drove in to the side of him and Ricciardo was forced off, he still got the rest of the move done in the following two corners. 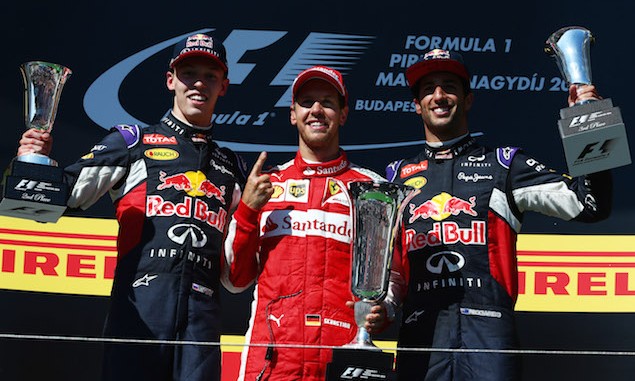