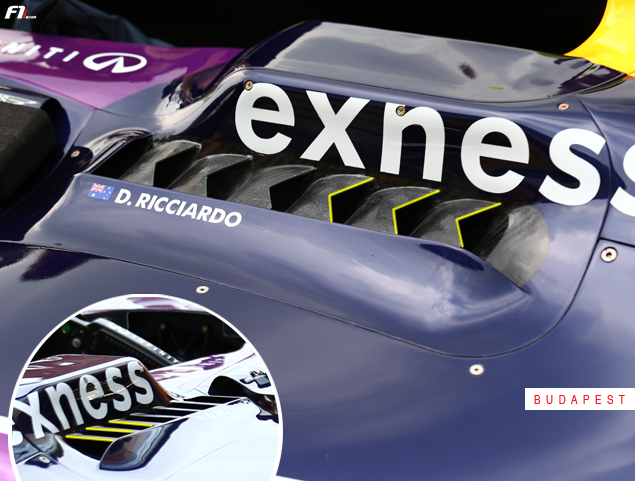 V-shaped gills on the Red Bull

Located in a valley and featuring a limited number of straights, the Hungaroring makes it tricky for teams to cool their cars down, hence several machines sporting extra gills on their bodyworks to cope with the searing heat.

On each side of the Red Bull, there was a new series of V-shaped apertures. Their revised outline strays from their initial straight shape (compare yellow lines above). The rationale behind the change is to extract a bigger amount of hot air from the radiators that are placed underneath the bodywork.

’I’m trying to prove I’m worth the bet’