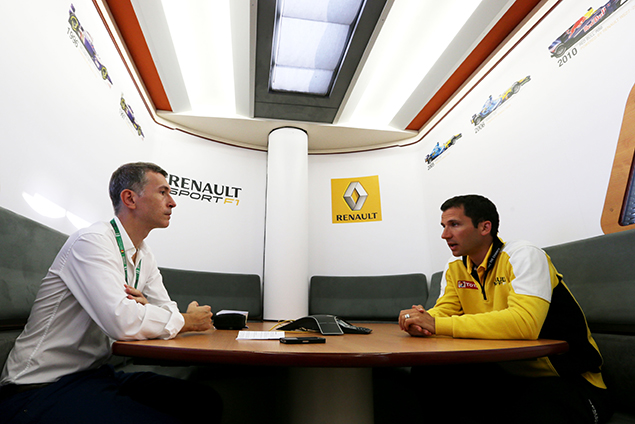 When you look at the numbers – is there any better way to gauge performance? – Renault’s current season is worse than a 2014 campaign that had already been quite rocky for the French constructor. Cold facts are here to support such a case: after 11 races last year, Renault-powered cars had scored 93 more points and won two grands prix. Since then, Ferrari has also managed to significantly improve its power unit and (slightly) reduce the gap to Mercedes’ all-conquering Silver Arrows. So what are the reasons for Viry’s second tough season in a row? To find out, F1i technical expert Nicolas Carpentiers sits down with Renault Sport F1 director of operations Remi Taffin.

For starters, it must be said that progress has been made with the Renault Energy F1-2015, especially in terms of power, but these steps forward have been overshadowed by the reliability issues that plagued the opening races. According to Taffin, this year’s problems are however of a different nature compared to Renault’s 2014 troubles.

“Last season, we struggled to exploit the power unit as one whole package,” he told F1i. “It took us a lot of time to make all the different systems work together. The internal combustion engine (ICE) was not really an issue, but the MGU-H, MGU-K and battery turned out to be much trickier.

“After a few races, we finally managed to get on top of our problems. From the 2014 Spanish Grand Prix onward, we gradually gained momentum with a power unit – perhaps still not 100% reliable – but at least that we could exploit and improve. By the end of the season, our fastest client team, Red Bull, could challenge for podiums on merit and on a regular basis.”

After a difficult 2014 campaign, especially in the light of past successes, improvements were naturally expected this year, to close the gap to Mercedes but also match Ferrari’s likely recovery. In order to achieve this, Renault mainly focused developments on the ICE, which remains the biggest source of power on the current hybrid units.

“We spent around 20 tokens last winter to develop the ICE, turbocharger, and battery,” added Taffin. “We re-designed the combustion chamber, while also reviewing the exhaust and inlet systems. Basically, few components have been carried over from last year and progress was evident as early as pre-season testing.

“Between late 2014 and early 2015, our power unit  gained half a second per lap. So we were quite confident entering the new season, also knowing that we had an ambitious programme of development ahead.” 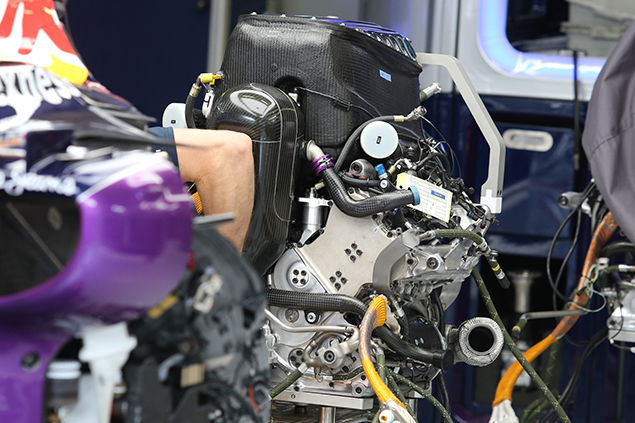