Following Sebastian Vettel's third victory of the season as Mercedes bizarrely struggled, F1i looks back at how the Singapore Grand Prix unfolded and cringes at its podium prediction 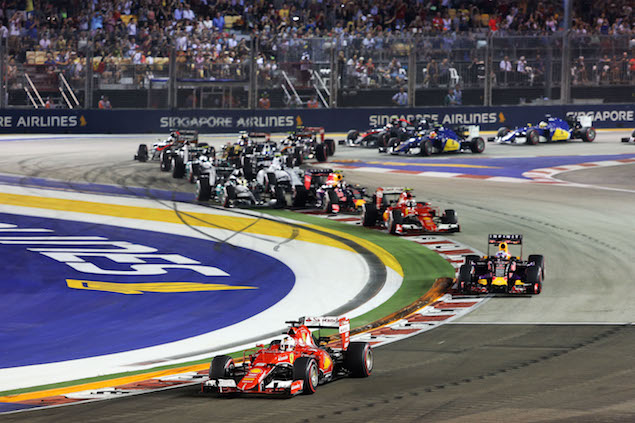 With Mercedes on the back foot, Sebastian Vettel romped in to a three-second lead on the opening lap and never had Daniel Ricciardo within DRS range despite the Red Bull looking threatening. Vettel dictated the pace throughout while Ricciardo had Kimi Raikkonen covered, but behind them the Mercedes were well-placed until Lewis Hamilton retired with a turbo problem. Felipe Massa and Nico Hulkenberg collided before a man walked across the track to bring out the safety car for a second time. McLaren looked competitive until both cars retired, and Max Verstappen added late intrigue by ignoring team orders.

While he was impressive throughout Saturday and Sunday, there was one standout moment which would earn Sebastian Vettel this accolade alone this week. His final qualifying lap which gave him pole position was simply stunning, giving him a margin of over half a second over second-placed Ricciardo on a track he loves, and putting the Ferrari over 1.5s clear of the struggling Mercedes pair. Vettel was fully committed and described the lap as “near-perfect”. It set up a strong 42nd victory which moves him one clear of Ayrton Senna in the all-time winners’ list.

We might have to rename this section of the review the ‘Max Verstappen move of the race’. Ahead of the race weekend, Verstappen told F1i he hoped he wouldn’t have to do much overtaking as he would qualify much higher up in Singapore, but having lined up eighth on the grid he duly failed to get away and finally restarted from the pit lane a lap down. Two safety cars brought him back in to the pack and Verstappen was as clinical as ever with many moves, the most impressive of which coming when he forced Romain Grosjean - struggling more with tyres - to get defensive at Turn 14, allowing Verstappen a better exit to get on the inside on the short run to Turn 16 where he outbraked the Lotus to take eighth place. 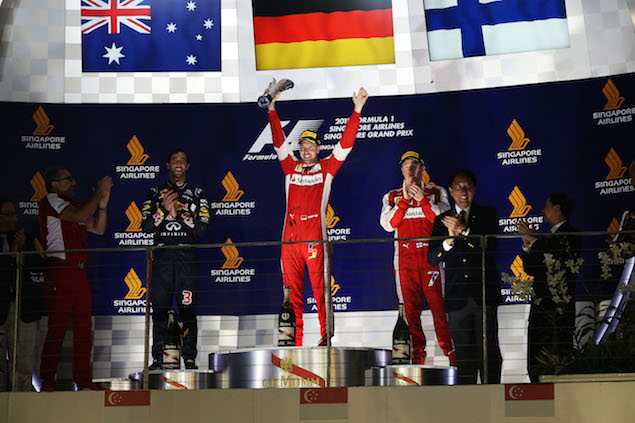