Formula 1’s return to Europe led to the usual flurry of upgrades with substantial evolutions across all teams. While we aren't listing here all the technical developments spotted at Circuit de Barcelona-Catalunya, it is a team-by-team review based on the current championship order.

While one expected Red Bull to unleash a major upgrade in Spain, the most spectacular changes in Barcelona came from Mercedes.

The title-defending W08’s front end has been given an overhaul. The slimmer nose, which called for a new crash test, features elongated turning vanes that have been moved forward. Stemming from both sides of the front end, they meet to form a kind of extractor whose form evokes a diffuser. The device was quickly nicknamed “the cape” by the reigning world champions.

The turning vanes usually serve to channel and re-energise the all-important Y250 vortex but the exact purpose of the cape remains known only to Head of Aerodynamics Mike Elliot and his team.

Mercedes’ creativity in this area of the car was already evident when the German manufacturer added a bat wing on the 2014-spec W05. Incidentally, this year’s Merc challenger is still equipped with a miniaturised version of the aero element.

Adding the revamped turning vanes has forced the engineers to move the S-duct inlets, which are now placed under the nose (see close-up on the final image). 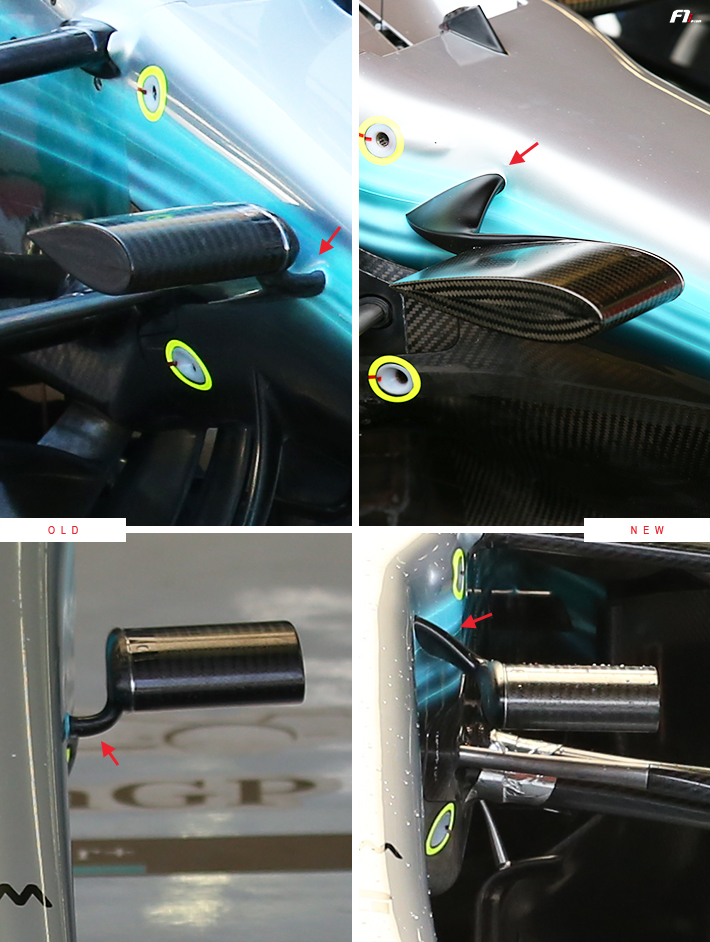 The Mercedes camera mounts, which attach to the front end, have been tweaked. Their complex shape turns them into flow-conditioning devices, contributing to the downwash generated by other parts of the car (including the profiled wishbones, the fins on the edge of the cockpit, etc.). The downwash flattens the airflow that rises in the wake of the front wing. 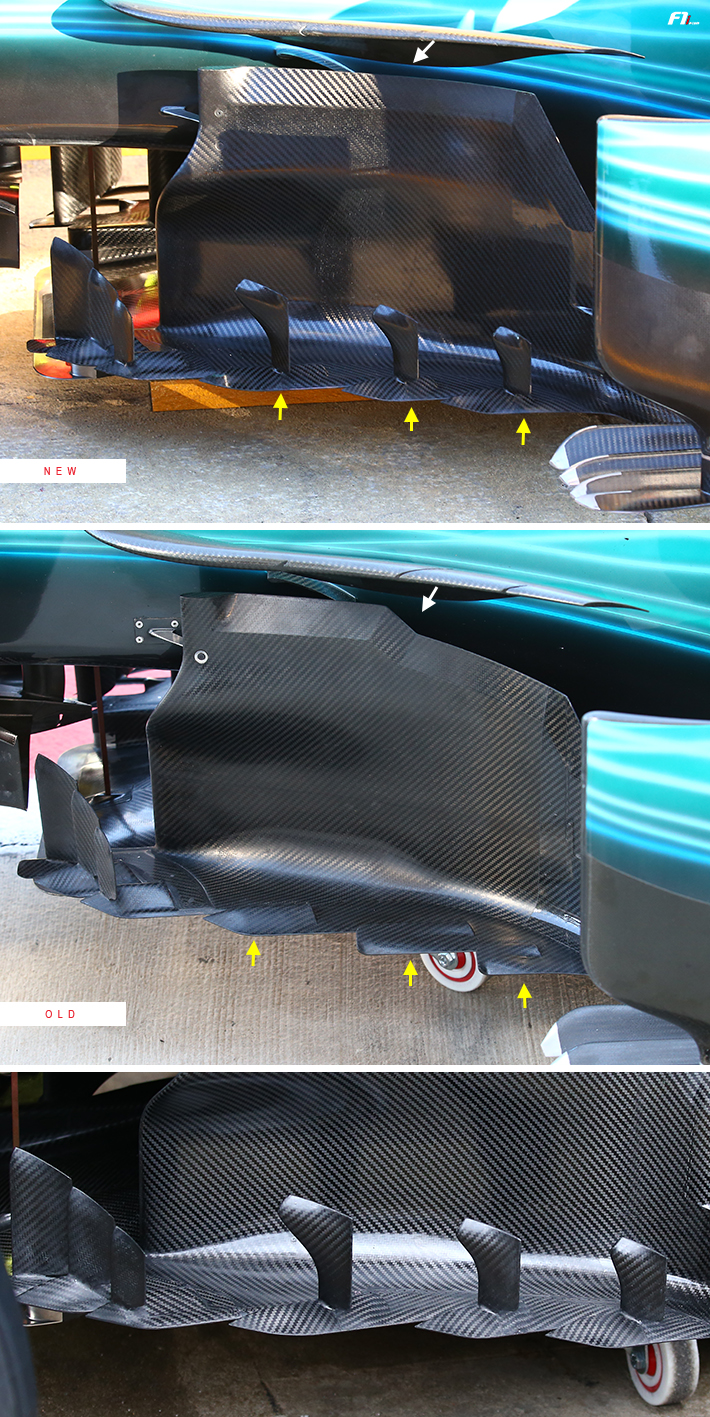 Keeping true to its philosophy of segmentation (which amounts to keeping a close control on the different air flows by multiplying aero elements and cuts), Mercedes came up with an even more sophisticated design for its bargeboard, adding three vertical fins at the base of the element (see yellow arrows). Meanwhile, the upper part has been redesigned (see white arrows).

The introduction of the aforementioned ‘cape’ has changed how the air flows towards the back of the car, hence the need to adapt the parts lining up behind the new turning vanes, including the bargeboards.