You won't be surprised to hear our grumpy old git is old enough to have attended the Mexican Grand Prix in the good old days, although he doesn’t seem convinced they were that good. It’s possible that a lack of oxygen may have affected his memory and his sanity, as he suggests track invaders should be shot. 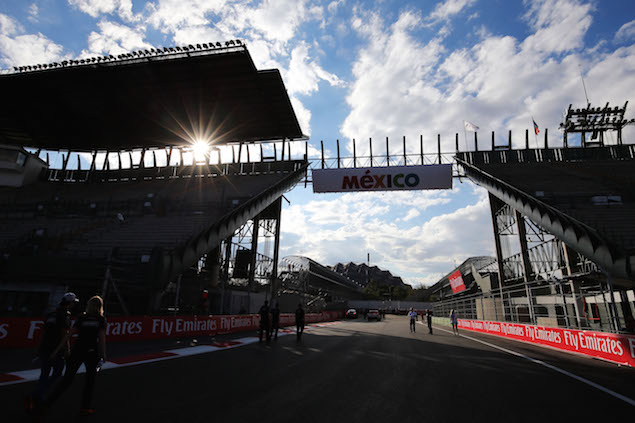 I’ve aged gracefully and beautifully since I last visited Mexico City in ’92, but will the city have done the same? It was a wild and dangerous place back then, with filthy air and dangerous drink. Any country that deliberately puts a moth larva in a bottle of Mezcal is seriously weird, as are the dreams you’ll have after a night on the stuff.

Getting to and from the track was a traffic nightmare and I’m not expecting miracles this year. Maybe we can rely on helpful police to clear the roads whereas in the late 80s, many of the cops who would stop you at night were actually members of the force who’d been sacked: they kept the uniforms however as this was a handy and lucrative way to rob motorists at gunpoint.

Woe betide anyone who thought getting a taxi would be safer. The most popular cab was a 2 door VW Beetle with the front passenger seat removed, so you could luxuriously stretch your legs out, possibly as far as all the rust holes in the footwell.

After the ’87 race, I left the circuit very late on Sunday night having supervised the Larrousse freight loading, ready to fly to Japan. My team had kindly left me without a car – no Parisian has ever won the Nobel Prize for “Consideration For Others” – and I had to get one of these little taxis back to town. Following the usual preamble about the race, the driver then produced a photo of a young girl in a state of deshabille and asked me if I’d like to meet his “sister.” I politely declined, but he kept insisting, eventually asking if I’d like to meet his “brother” instead. The rest of the drive to my hotel was spent in frosty silence. 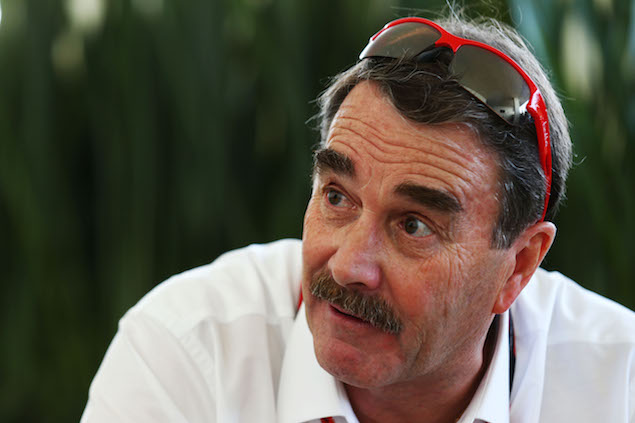 Montezuma’s revenge, or Montezelomo’s revenge as we Formula Funsters used to call it was a major preoccupation and I distinctly remember Nigel Mansell suffering badly one year and with all the compassion that marked their relationship, his team-mate Nelson Piquet managed to lock the Williams team toilet at the track and hide the key. The bad tummy had upset several people after a night out celebrating Murray Walker’s birthday.

If you want to know why the Peraltada has had to be modified, search out a video of Philippe Alliot’s scary 1988 crash. It had happened as the Frenchman exited the corner in the second qualifying session at about 150 mph, clipping the outside kerb, spearing the pit wall and barrel-rolling down the straight. Amazingly, he was uninjured and the Larrousse team managed to rebuild the chassis for the race.

While Alliot survived, the same cannot be said for the canine population living near the track. In 1970, Jackie Steward wiped one out, which you can put down to bad luck, but in later years the sight of a dog near the circuit was seen as time for target practice for the heavily armed police who were much in evidence. I feel this is a policy that should be adopted for any human track invaders who think it would be fun to stroll round the circuit in the middle of a race. One quick shot and you wouldn’t really need to bother with a Safety Car. 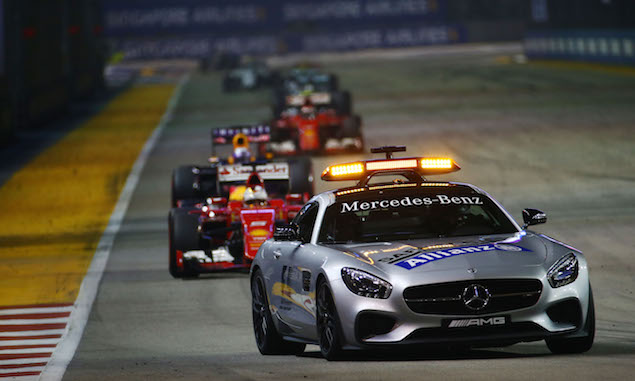 The hotel choices boiled down to the faded grandeur of the Aristos, from which Mr. Ecclestone would depart to the track and return by helicopter every day; well, apart from the day when an earthquake meant the entire building began to shake. In later years we stayed at the Holiday Inn out at the airport, which I believe was the only entirely pink Holiday Inn in the world.

The Aristos was handy for the Zona Rosa, which is a part of the most populous city on the planet where you could get into serious trouble at night. Sadly for one old Italian journalist it proved terminal, as the combination of terrible air pollution and what air there is being extremely thin, resulted in him keeling over with a heart attack on the pavement outside the hotel. It definitely spoilt my evening, as I fell off the kerb avoiding his corpse, because the police had simply covered him with a sheet until the coroner arrived. Sympathetic as ever, several media were enquiring what had happened to his F1 pass, while others were working out if his demise could mean more work for them. I hasten to add I was absolutely not part of this group of heartless hacks…primarily because I didn’t speak Italian at the time.

Hopefully, the journalist was on his way to heaven, because as God and the Devil respectively say in the famous Gary Larsson cartoon” “Welcome to heaven, here’s your harp,” and “Welcome to hell, here’s your accordion!” Yes, the staple instrument of every Mariachi band in Mexico is one of the least pleasant musical inventions and it has ruined many a quiet evening in a Mexico City restaurant. 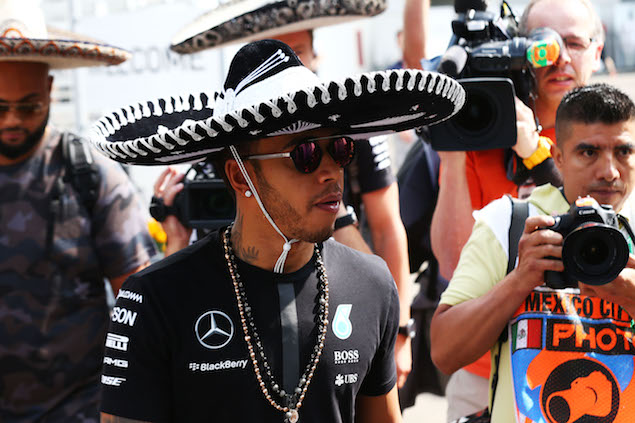 Can I now make a plea for anyone travelling on my flight out of Mexico on Monday to refrain from buying sombreros. They take up all the overhead luggage space and delay departure time. Plus, the University of Norwich (England) recently declared that the wearing of sombreros by non-Mexicans was racist!

I’ve only just checked into my Mexico City hotel and it seems quite salubrious. However, I feel it might be just as much of a den of iniquity as some of the old haunts we used to visit, given that it’s restaurant offers “an environment filled with tradition and rooting.” Formula 1 folk have never been that much into tradition, but rooting, well that’s a different matter altogether.

Between the lines at the Mexican Grand Prix