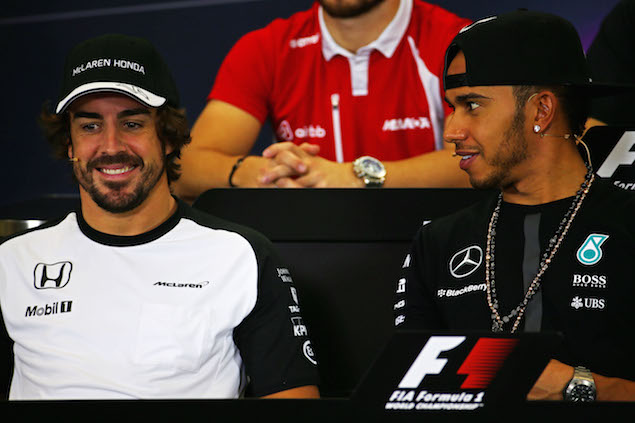 The Question: You’ve said you think McLaren can find two and a half seconds over the winter. What makes you so confident, what have you seen?

What Fernando said: Well, I think the lack of performance we have in some areas of the car are quite fundamental issues that should have a not too difficult answer, let’s a say, or not too difficult a solution. It’s just we need to copy the direction everyone has apart from us. It’s some of the time that we feel we will recover with not much penalty, because for the others they already have it in their package. So some of the performance gain we expect will come for free but it’s true that all the competitors will work very hard over the winter and they will recover a couple of seconds also, so we need to make an extra, but we are feeling optimistic, we feel confident of next year being very competitive. We are realistic at the same time. We understand that in Formula One there are no magic things for being one year out of Q1 and the next year fighting for the championship – that’s a very, very optimistic target but we will try our best.

What he might have meant to say: Imagine this: It’s 9am and you and your neighbour have to drive to the office. You step out your front door and your neighbor is getting into his Porsche 911. In your driveway is a milk float. If you remove a crate of milk from your milk float you will find two and a half seconds. This is easy. However, I think your neighbour will still beat you to the Employee of the Month award. You, on the other hand, can contribute to a nice latte for your co-workers – eventually.