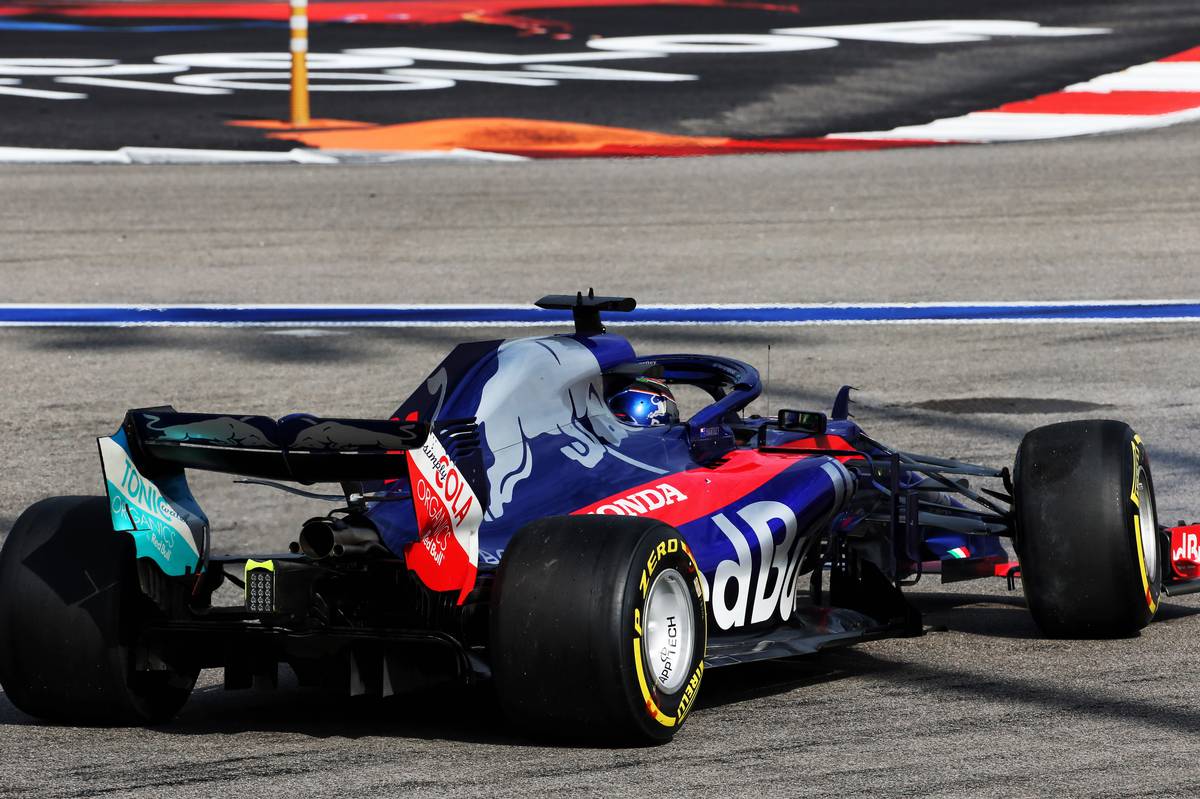 Pierre Gasly
"Since the start of the race I had a really strange feeling with the brake pedal, it went pretty long and got worse very quickly. Then, on the third lap at Turn 4, I braked and the pedal went completely flat, so we lost all the front brakes and had to retire the car. We need to have a look at the data to see exactly what happened, but it's just a shame to see both cars retire so early in the race."

Brendon Hartley
"I had a good start and passed Pierre before Turn 5, I was attacking the McLaren when the brake pedal went long. I reported it on the radio and then made our planned pit stop. We were going to try and be a bit cheeky with the strategy and do almost a full race on the Softs, we had great tyre life and pace and think it would have worked. However, once I left the pits the pedal went completely to the floor, the rears locked and the car spun. The same happened across both cars at the same moment so I'm sure the team will quickly diagnose and sort it out for the next race. We are all excited for Suzuka with the upgrades and performance we saw on Friday."

Franz Tost, team principal
"It was a frustrating Sunday for Toro Rosso as both cars had to retire. For whatever reason we ended up with very hot front brakes and one piston in the calipers got stuck. This caused the overheating of the brake fluid and a long pedal. Therefore, we called the drivers to come to the garage. Obviously, being in Parc Fermé conditions, we didn't change anything from yesterday, so we need to investigate further what the reason is. The positive side of this weekend is Honda's new upgraded engine which is a big improvement. Now we are focussing on preparing everything for Suzuka where we hopefully will have a much better race."

Toyoharu Tanabe, Honda F1 Technical Director
"After everyone at Toro Rosso and Honda worked so hard all weekend, it was very disappointing to have both cars retire with a technical problem after only a handful of laps. Now, we are all focussed on the Japanese Grand Prix, as we will be on track at Suzuka this Friday. We look forward to a better weekend in front of our home fans."