F1i technical expert Nicolas Carpentiers provides you with images and explanations of the updates on display at the Mexican Grand Prix. 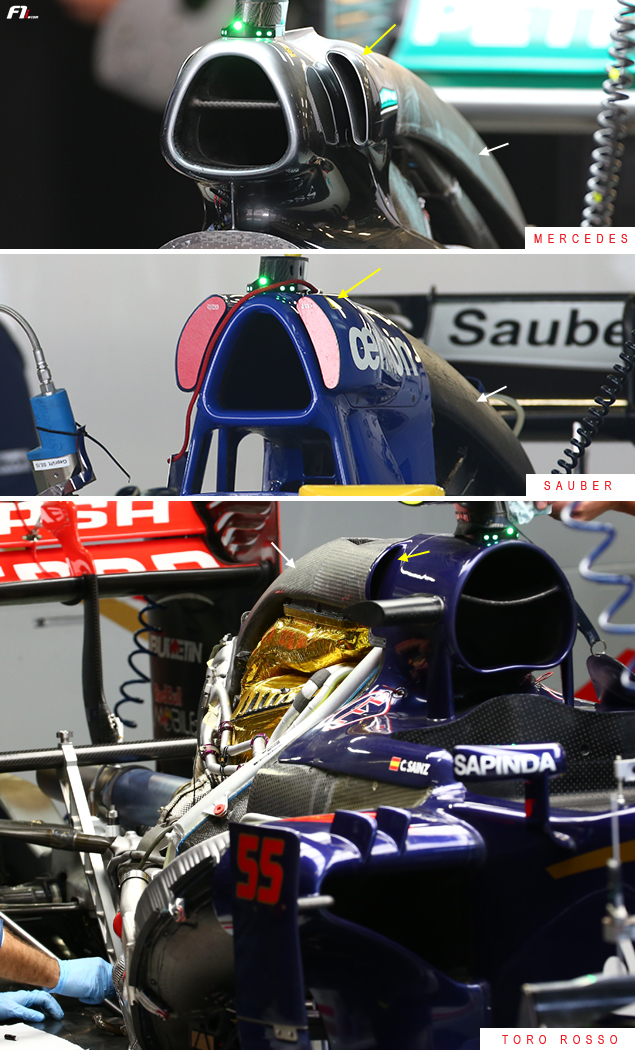 PRICK UP YOUR EARS!

The returning Mexican Grand Prix presented all F1 teams with a unique set of challenges, which forced them to adjust their existing packages instead of actually introducing new upgrades. In order to cope with the thinner air one encounters at Autodromo Hermanos Rodriguez, which is located at an altitude of 2,285 metres, engineers had to increase their challenger’s cooling capacity.

This first translated into bigger brake ducts, but teams also tweaked the bodywork in an effort to channel more airflow towards the coolers at the back.

Mercedes, which had already sampled its Mexico installation in the US, Toro Rosso, and Sauber all added a couple of ear-shaped inlets on each side of the airbox. These gills feed extra cooling air to the gearbox or hydraulic oil radiator, while the airbox alone usually suffices.

Scene at the Mexican Grand Prix