The Brazilian Grand Prix's last visit to Jacarepagua in Rio was in 1989, and it was a torrid farewell. Against all odds, Nigel Mansell surprised everyone, including himself, taking the chequered flag on his race debut for the Scuderia Ferrari. 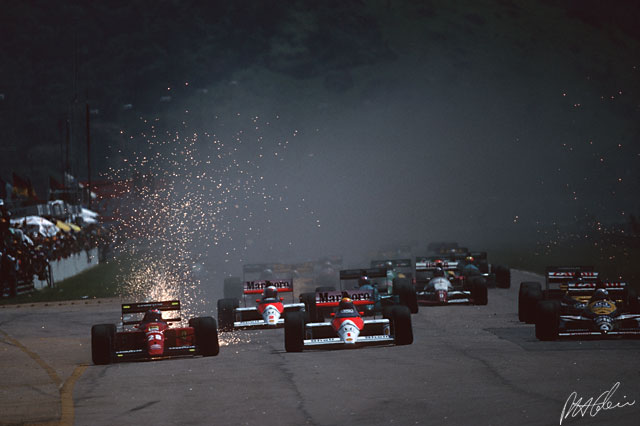 As history has it, our Nigel was the last 'chosen' one. Before he passed through the gates of Maranello in the winter of 1988, following a disappointing season with Williams, Mansell was the very last driver to be personally selected by Enzo Ferrari to race the great man's scarlet red cars.

The year had been ruled by McLaren in a staggering display of supremacy, with Ayrton Senna and Alain Prost winning all but one race, and the former clinching his maiden world title. Needless to say, the red and white squad was the outstanding favourite when Formula 1 returned to business in Brazil in March of 1989.

There was however an air of excitement when the paddock filled up at Jacarepagua thanks to some drastic rule changes which ushered in a new era for Formula 1. 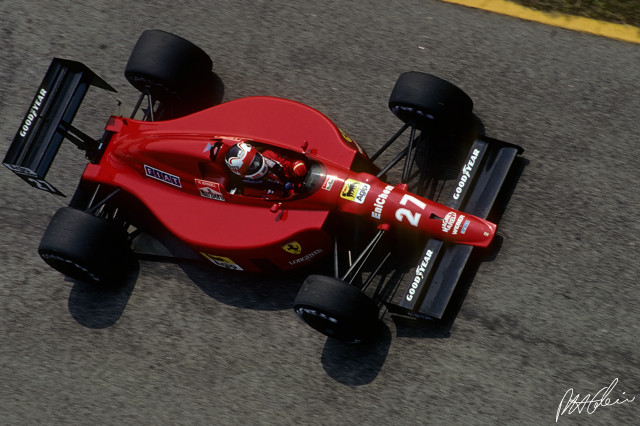 Forced induction 'turbo' engines were banned altogether and natural aspirated power units had a displacement limit of 3.5 litre, which gave Ferrari the perfect opportunity to return to the manufacturer's favoured V12 configuration.

But pre-season testing of the Scuderia's John Barnard designed 640 contender, with its novel seven-speed semi-automatic gearbox operated by paddles behind the steering wheel, had been terrible and neither Mansell nor Gerhard Berger had much hope of dancing the samba in Rio.

A few interesting driver changes also spiced up prospects with Thierry Boutsen moving from Benetton to Williams, while the United Colors team had taken the controversial decision to hire Johnny Herbert, who could barely walk as the result of a near career-ending F3000 crash at Brands Hatch the year before. 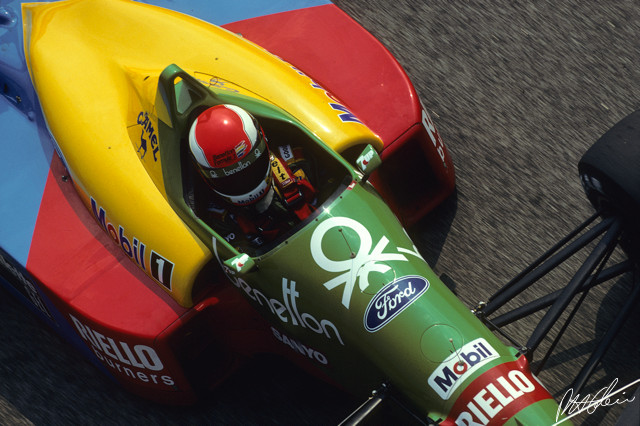 Brazil also marked the beginning of a tyre war as Pirelli entered the fray, hoping to contest the authority of Goodyear which remained the supplier of choice to the main teams.

Qualifying order pretty much followed the hierarchy of pre-season testing with Senna on pole ahead of Patrese, Berger, Boutsen, Prost and Mansell. The latter's hopes were boosted from the outset on Sunday when Berger and Senna collided at the start to let the Williams boys lead the pack with Mansell in hot pursuit.

The Ferrari driver pulled out all the stops knowing that the reliability of his new and sophisticated drive train, potentially worsened by the scorching heat, would most probably ensure himself a premature exit from the race and an early flight back home.

On lap 15, Mansell moved into the lead however with a bold high-speed move over Patrese. He relinquished first place a few laps later when he pitted but was back at the front when it was Prost and Patrese's turn to stop.

Much to his own amazement, Mansell held his own to the very end, in spite of a second pit stop which included a steering wheel change, leading home Prost's McLaren by seven seconds, local hero Mauricio Gulgelmin's March and a remarkable Johnny Herbert.

Mansell had triumphed on his debut for Ferrari, much to the delight of the tifosi in Italy who appropriately branded their new ruling favourite 'Il Leone', the lion, for the British driver's fearless style. Brazil '89 was also the very first win for a semi-automatic transmission, a technical feat which would soon become the norm in Formula 1.

As Mansell descended from the Brazilian GP podium, he extended his hands to waiting reporters, showing effusions of blood streaming from his palms. "Hard race Nige..?" he was asked. "No, I cut my hands on the bloody trophy!" 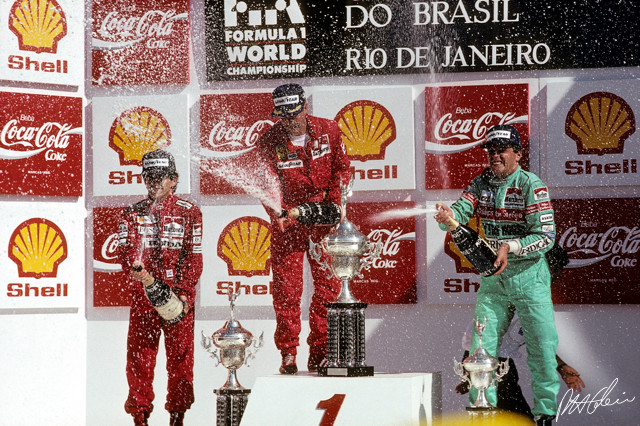