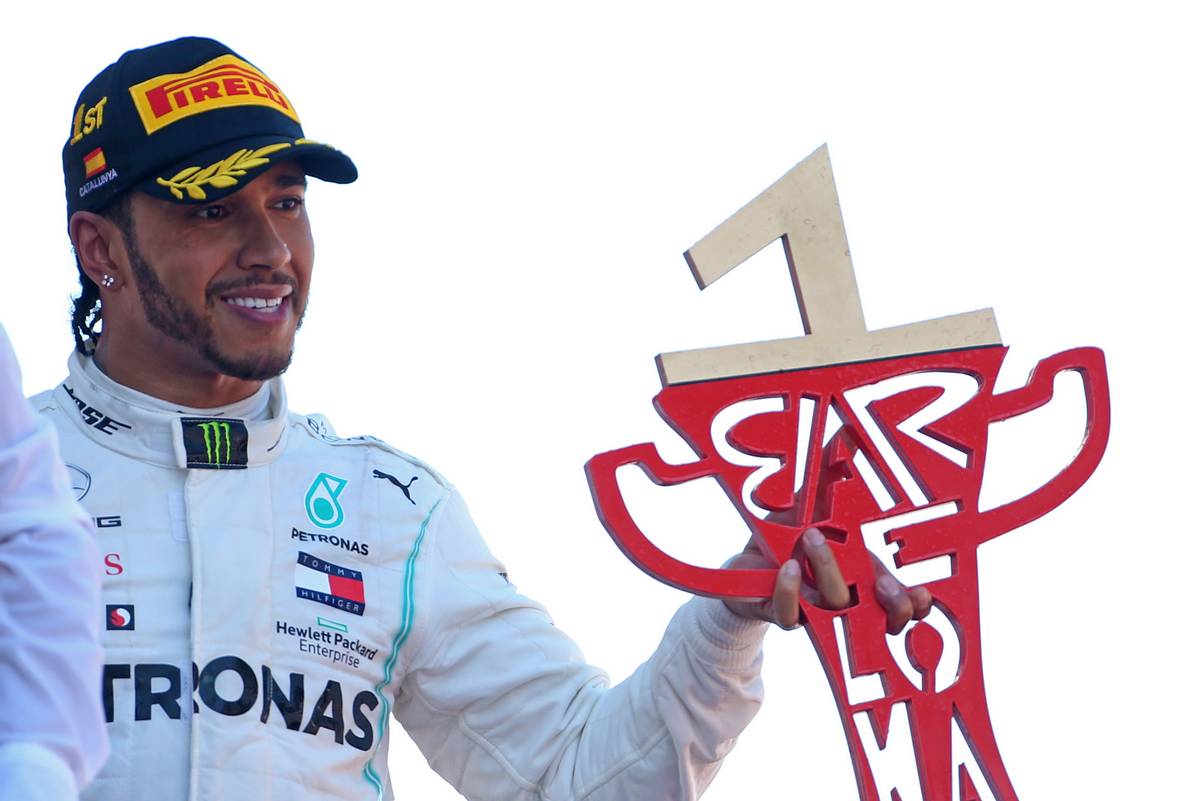 Valtteri Bottas
"I had an issue with my clutch at the start, it was vibrating and it seemed like it was biting and releasing at a very quick frequency, so my initial getaway was really poor. Unfortunately that meant that all the hard work of the weekend was lost at the start, but that's the way it goes sometimes. We're a strong team and will investigate the cause of the issue to make sure it doesn't happen again in the future. For me personally, it wasn't the best of days, but from a team's perspective it was a really good weekend. Congratulations to Lewis for the win, he had a strong race pace today. The team is performing at an incredible level at the moment; hats off to every single member of the team, both at Brackley and Brixworth but also here at the race track. I'm looking forward to the race in Monaco; it's such a unique track and a completely different challenge, so it's difficult to say who will be the strongest team around there."

Lewis Hamilton
"It's been an incredible day for the team. We've brought an upgrade here and everyone worked so hard to make that possible. I'm very proud of everyone back at the factory and thankful for all their hard work. The guys here at the track are all performing at an extremely high level as well, thank you all. When the lights went out, my initial getaway was quite good and we were very close all the way down into Turn 1. I think the Ferrari was alongside us at one point too, so it was a great battle and also a decisive moment in the race. After that I just had to keep my head down and focus on trying to deliver each lap. I want to dedicate this win to Harry, a young kid who sent me a message today. He was my inspiration out there. He could've chosen any other driver, so for him in the most difficult of days to send a message like that is really humbling and much appreciated. I'm sending you love, Harry."

(Five-year-old Harry Shaw was diagnosed with cancer in August 2018. His parents have set up the following fundraising page to inform about his case and raise money to fight children's cancer: https://www.justgiving.com/fundraising/harrysgiantpledge)

Toto Wolff, head of Mercedes-Benz motorsport
"We are trying to push the benchmark every single year and seeing this all come together after the struggles we had in winter testing is fantastic for the team. We saw a strong Lewis today and he was quick from the very beginning. Valtteri lost the lead at the start; he reported something strange with his clutch at the start and we need to investigate this. After the first corner it was a relatively straightforward race. This was Dr. Zetsche's last race as CEO of Daimler. Not many CEOs have empowered a group of people like he has done; he has trusted us to represent this fantastic brand and we do it with great pride. Dieter went through a storm in the first few years when we returned to the sport, but he stuck with F1. It was great to see him up there on the podium today, he completely deserves it as he laid the foundation for all of this. We know the next race will be a tremendous challenge for us. We need to take this season one step at a time and everybody is working flat-out ahead of Monaco."

Andrew Shovlin, chief race engineer
"To walk away with another 1-2 from Barcelona is amazing, especially when we consider how bleak our chances looked when we were here in winter testing. The team has done a great job developing and improving the car although I think the track suited us today, so we expect it will be more difficult in some of the races to come. The start was obviously a key point in the race, with Lewis jumping ahead of Valtteri. We'll look into understanding what happened with Valtteri but they both did a good job of defending against Vettel and avoiding contact into Turn 1. Our plan going into the race was to try and make the one-stop work so during the first stint both drivers were having to do a fair amount of management. The cars behind looked like they had moved towards two stops so we asked the drivers to pick up the pace to keep the stop gap open, but that started to increase our own degradation which eventually forced us in. By that point, it was just a case of getting the medium to the end so they were both taking it reasonably easy. When Verstappen came in on lap 44, a window appeared for us to move both to a two stop to reduce the risk that we would run out of tyres at the end. We'd stopped Valtteri already and were in the process of bringing Lewis in when the safety car came out. From there is was quite straight forward. Both drivers had a go at fastest lap with Lewis getting it in the end and after that, we just managed the cars to the finish."