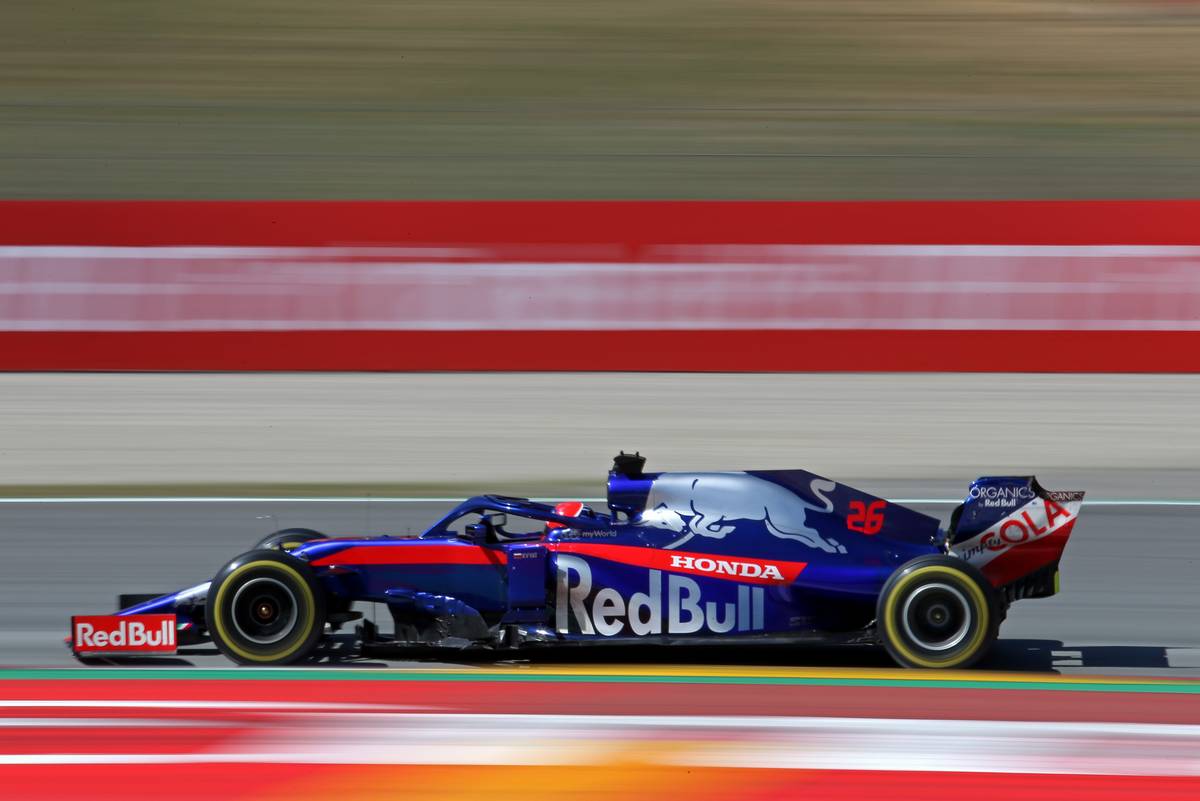 Alexander Albon
"It was disappointing to be so close to points and come away with nothing, but it was good fun racing with Romain. I had to back out of it because I thought I might have had an incident when we both decided to go right at the same time. I had to hit the brakes and lost the momentum into Turn 1, I think if it wasn't for that I would have got passed. The race was lost for us in the pit stop, so we need to review what happened because we should have had two cars in the top 10. It's a frustrating one, but I'm happy with my performance and I'm looking forward to fighting for points again in Monaco."

Daniil Kvyat
"There were a few exciting moments today, but unfortunately, we lost our race in the pit lane as the tyres weren't ready for me. It was a very last-minute call to pit, these things happen with such tricky situations, and I'm sure we will learn from this as a team. I think we could have finished in P7 as that's where we were running before the pit lane mishap. We still got a couple of points today which is always welcome. The car's performance is improving and I'm feeling always more comfortable with the car. I'm sure we have some good days ahead."

Guillaume Dezoteux, head of vehicle performance:
The result is again not showing the full potential of our package. We had a strong first stint with both cars, being able to keep up with both Haas and opening a small gap to Carlos. On the second stint, Daniil was immediately able to pass Kimi and showed a strong performance on the prime tyre, overtaking Magnussen. Alex was struggling a bit more with quite a lot of tyre vibrations, but he was able to maintain the gap to the cars ahead.

"When the safety car came out, we were actually about to stop to fit our second set of prime tyres and attack the cars in front. It was looking very good but issues in radio communications with our crew meant we lost quite a lot of time during the operations. At the safety car restart, Daniil lost position to Carlos but he was able to attack Grosjean, finishing P9 and bringing home two points.

"On the positive side, today we showed a strong race pace and good tyre management, confirming our package is improving with the aero updates we brought here. We will keep pushing hard, the next races should also suit us quite well."

Franz Tost, team principal
"The starting positions for the race were quite promising, Dany started from P9 with used options, and Alex started from P11 on the new option tyres. This worked well and both drivers had a good start: Alex moved up a position while Dany maintained his. The car showed a strong performance and the drivers did a really good job until the safety car came out, when we lost everything because of a radio miscommunication between the pit wall and the mechanics. Dany pitted first, although the mechanics understood it was Alex, therefore we had troubles with the correct tyres and lost a lot of time. As a result, we dropped a few positions on track. At the end of the race we finished with only one car in the points, which is very disappointing because we know we could have achieved more today."

Toyoharu Tanabe, Honda F1 Technical Director
"It was satisfying to get our second podium finish of the season in the race where teams brought updates. For a while it looked as though we might get all four of our cars into the points, but in the end, we just missed out on that, which was a shame, as Daniil and Alex had performed really well all weekend and the Toro Rosso car was again competitive in the mid field. Now we must simply carry on working as hard as possible with the aim of getting even better results in the coming races, maintaining the momentum we had here."