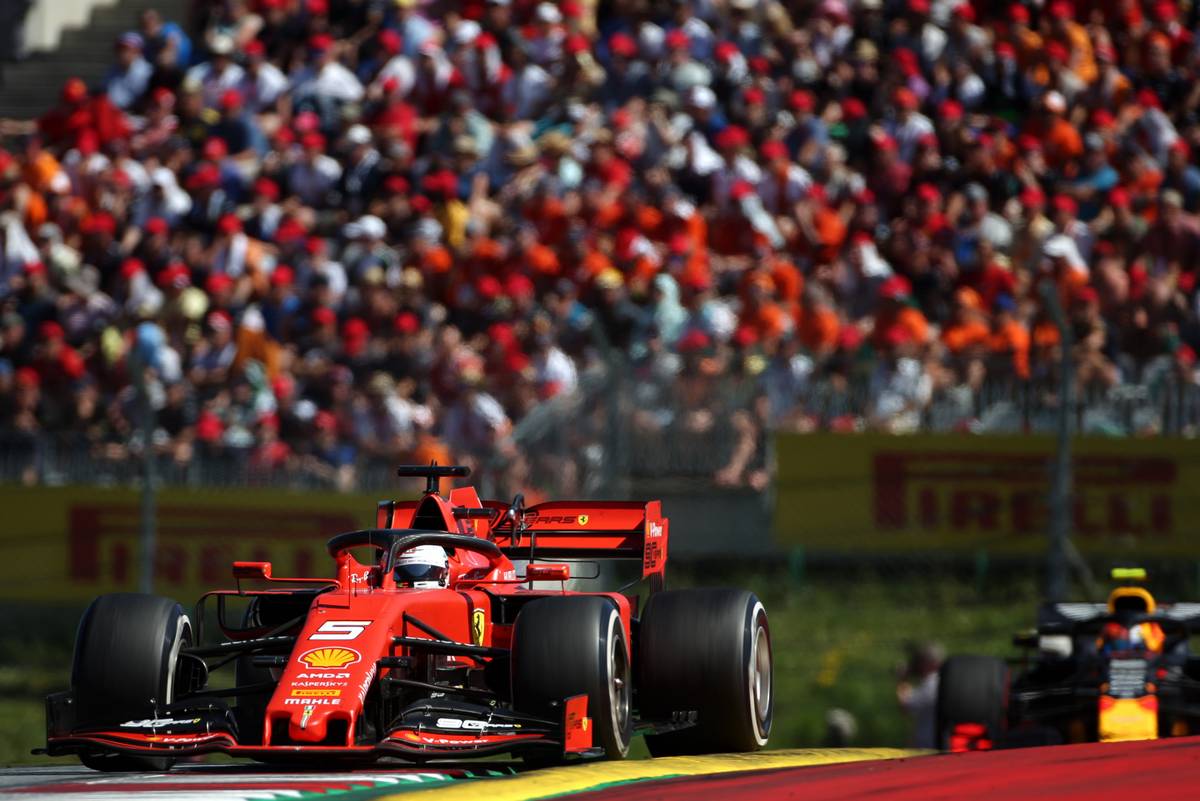 Charles Leclerc
“It was a positive weekend overall. Unfortunately, it did not end as we would have liked it to.
My first stint was good and our pace was there. We pitted early to prevent losing our track position to Bottas. This made the second stint longer and more challenging than expected, as the rear tyres degraded quite a bit towards the end of the race.
Second place is not what we wanted, but we gave it our all and made good a step forward this weekend. I am conviced that this will bring further progress for the next few races and allow us to achieve the success that we want.”

Sebastian Vettel
“I’m always positive and today the team gave me a great car to drive and I think this was a better weekend for us, maybe like in Canada a few weeks back. I’m disappointed about how things went for me yesterday but today’s race was fun for me from the cockpit and I enjoyed some good wheel to wheel battles, pushing throughout.
I’m also disappointed for Charles as he did an excellent job and was very strong all weekend.
All in all, I’m happy in one sense but unhappy in another, because we could have had both cars on the podium this weekend, one of them on the top step.
As for the car, we know what’s needed: we need more downforce. We are strong at tracks like this and the one in Canada and we know what we have to do to improve the car, but it’s not easy and it can’t be done in just one day. I’d like to thank all the team in Maranello because all of them are very passionate about this and are working like mad to improve the car. This year’s Ferrari is definitely good enough to win races.”

Mattia Binotto, Team Principal
“Every race has a tale to tell and today’s was a great one, featuring some exciting battles. For our part, we have shown that we are continuing to improve. Charles drove a really strong race from start to finish and indeed he was fantastic all weekend.
Seb also had an excellent race: on the hard tyres he attacked and pushed to the maximum even if in doing so, they wore quickly. From that, it’s clear his two stop strategy was not planned in advance, but adopted as his race evolved. There’s obviously disappointment for the radio problem we had at Seb’s pit stop. Not all the mechanics heard the call and that cost him precious time.
With regards to the decision of the stewards, we fully accept it, even though we don’t believe it is the right decision. They are the judges and we have to respect that. However, even though I am first and foremost a Ferrari fan, I think it’s time for F1 to turn the page and to look ahead. As we often say, we should leave the drivers free to fight, as overall this will be good for the sport and good for F1. So ‘bravo’ to Verstappen, he drove a fantastic race today as did Charles. There will be new opportunities for us in the future.”