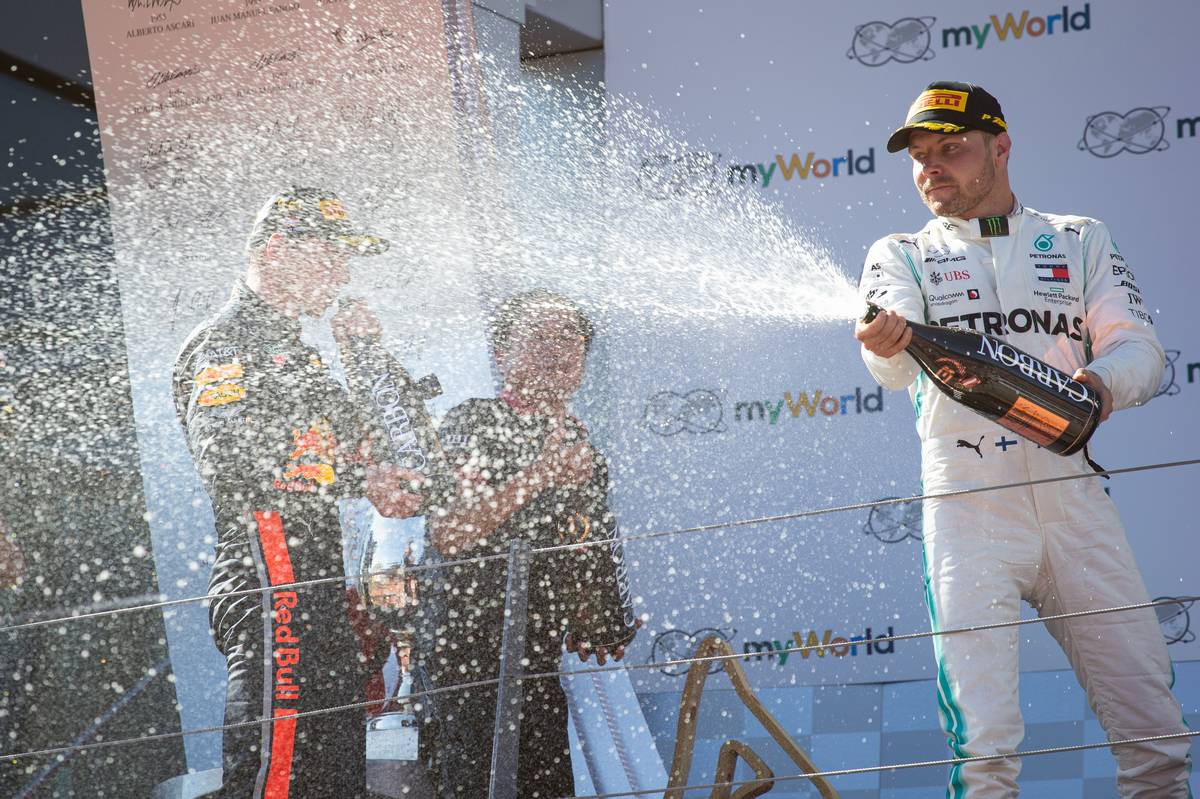 Valtteri Bottas
"I think we made the most of it today. We expected this race to be tricky, but it turned out to be even more difficult than we predicted. We had to do lots of lifting and coasting and couldn't use all engines modes to keep the engine from overheating. So, we couldn't really race properly, and I had to manage temperatures for the majority of the race. It made both defending and attacking very difficult. But you have to look at the positives - I got some good points out of this weekend and I don't think there was much difference in terms of race pace. So, it isn't all bad. We'll investigate and hopefully come back stronger at Silverstone."

Lewis Hamilton
"It wasn't the easiest day, we knew already before the race started that we might be in trouble here. Overheating proved to be a fairly big issue for us today. I think we had good pace, the car felt good, but we just couldn't race due to the overheating. It seemed to be a limitation of our car this weekend and the other cars didn't seem to struggle quite as much as we did, so we'll have to look into this and try to fix it. There's going to be more hot races coming up like Budapest, so we'll need to get on top of this, otherwise it could be a difficult few races for us. I also damaged my front wing on the kerb, so we had to change it, which cost us a bit of time as well. It's just one of those bad days in the office, but at least I still got some good points with fifth place."

Toto Wolff, head of Mercedes-Benz motorsport
"From a fan's perspective, this was a really exciting race to watch; however, from our team's perspective it was a difficult day. We said before the race that the high temperatures will be a huge challenge for us and that turned out to be true. Our Achilles heel was exposed, with both drivers struggling with overheating in these incredibly warm temperatures. We had to open up the bodywork all the way, turn down the engine and had to do lifting and coasting for long stretches. So, we couldn't really race with our car today, neither attack nor defend, we were just trying to keep it alive and cooling it properly. On a more positive note, though, we still scored a good haul of points and managed to put in some decent lap times despite these limitations. However, it's clear that we have to fix our cooling problems for the coming hot European races. As we say, the bad days are the ones when we learn the most to come back stronger. And we'll be looking to do just that at the next race at Silverstone."

Andrew Shovlin, chief race engineer
"It was good to see Honda get their first win since coming back into the sport; they have worked so hard for it, so hopefully they can enjoy the moment. For us it was an incredibly tough afternoon, we were on the limit with cooling all race. We knew this was our Achilles heel and the combination of ambient temperature and altitude were just too much for us to fight today. Valtteri did a good job to get on the podium, he was having to manage a lot whilst racing today and we had to give up a lot of performance to keep things cool, so we're happy that he got some reward. Lewis was in the same situation as Valtteri with temperatures and he was having to having to manage from start to finish. He was keeping his tyres in good shape but unfortunately his front wing flap broke on the kerb at turn 10 on lap 27 and we were losing too much time so stopped for a new nose and the Hard tyre. It was a shame to lose the place to Vettel right on the end, but it was just a consequence of all the issues we were having to deal with. Whilst temperatures were the headline item for us today, we weren't particularly quick even in Qualifying, so no doubt there are a few areas that we need to investigate and improve. We're looking forward to Silverstone, the car should work better there so hopefully we can get back to fighting at the front."