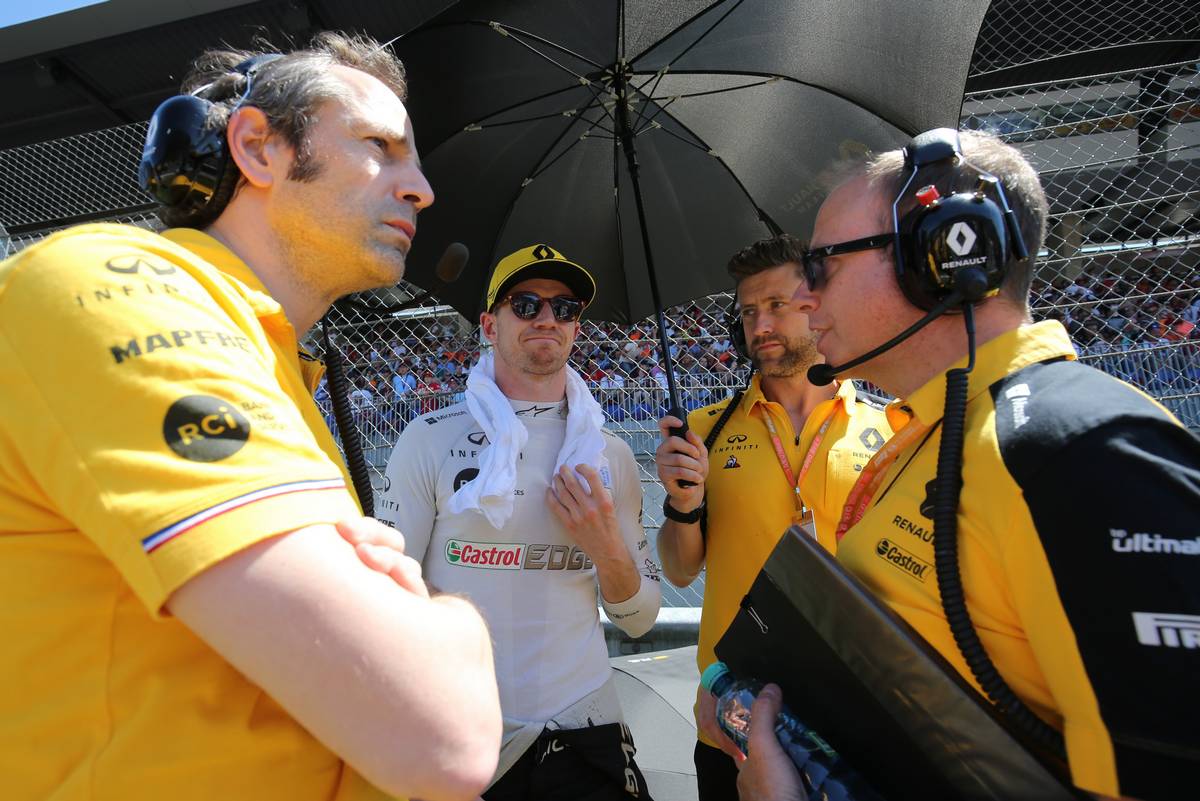 Nico Hulkenberg
"We can't be happy with this weekend. We had multiple issues on the car today and it made it hard work out there. We didn't have a points worthy car today and we didn't have the pace to get by anyone during the middle or latter stages. Over the years, Austria has proved to be quite a particular circuit and one we don't tend to do so well at. We'll use this week off, dive into the data, and see what's going on to make some improvements ahead of Silverstone."

Daniel Ricciardo
"It was a tough weekend, for sure. From lap one today it was tricky and I struggled for grip. We improved as the race progressed, managed a decent stint on the Softs at the end, but it was probably a bit too late. We need to figure out why this weekend was so tough. There's stuff we can improve, but I won't put it all down to the car. I'll look at myself and see what I can do better as well. Something wasn't right this weekend and Nico shared the same feelings too. We'll do our best to figure it out and get on top of it."

Cyril Abiteboul, managing director
"Clearly, it's not a good weekend. Although we had the pace to be slightly higher up on the grid, the track exposed weaknesses of our car, similar to previous races but in a more exacerbated fashion this weekend. We need to identify if there was anything specific with set-ups or simply a feature of the chassis on which we must work."