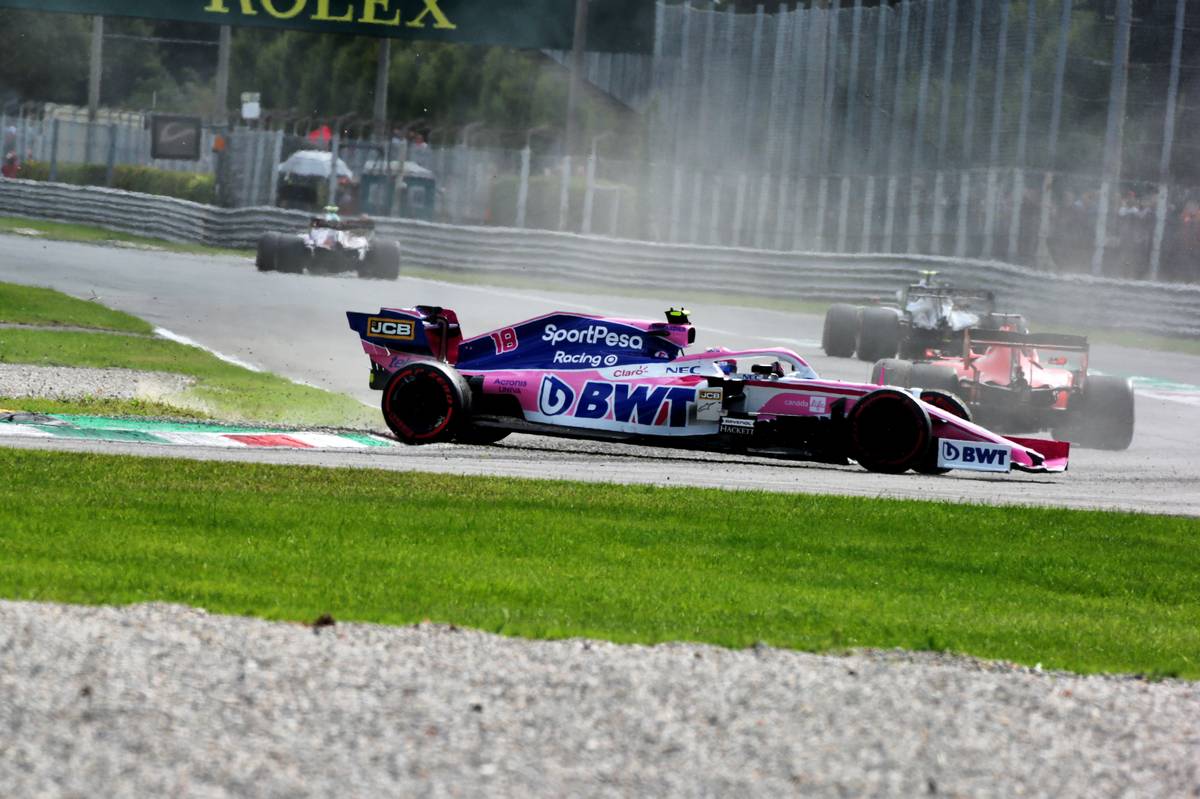 Sergio Perez
"Another good result and we scored some important points today. It was a great recovery from what has been a difficult weekend in the lead up to the race, especially with the problems in qualifying. I think everything worked out for us in the end thanks to a strong strategy from the team and some good timing with the Virtual Safety Car. It was a tough race, especially the last 15 to 20 laps with Verstappen so close and putting me under pressure. We just had to push as much as we could. We've taken some good steps forward with the car recently and I'm optimistic going forward with more parts coming for Singapore. Hopefully, that will put us back into contention to keep scoring regular points from now until the end of the year."

Lance Stroll
"That's a tough one to take. We should have scored good points today. It all went wrong when Vettel came back on the track very aggressively and hit me. I'm quite upset with him for what happened. I tried to avoid him by going to the left but he just kept moving forward and eventually we made contact: I was just in the wrong place at the wrong time. I did everything I could to avoid him and I was even cautious with the yellow flag. I lifted off and he just came back on at Ascari and there was really nothing I could do, even at the speed I was going. He clipped me, I spun and then I was pointing the wrong way. When I was coming back onto the circuit myself, I got penalised for no fault of my own. It's just a disaster really. I couldn't see Pierre: I was just trying to get off the racing line and away from the dangerous position Vettel forced me into. We were looking pretty strong in seventh, with a decent gap to eighth, pulling away from the McLaren, and keeping the Renaults in sight. It was looking like a pretty smooth race from there, but it just goes to show how quickly things can turn around. There's a lot of racing left this year and more improvements to come. This one is going to sting for a day or two. I think there were a lot of points up for grabs, but that's racing."

Otmar Szafnauer, Team Principal and CEO
"We had a quick car today and really should have brought both cars home inside the points. Sergio made the most of the car's pace and delivered a long first stint on the medium tyres before making his pit stop under the first Virtual Safety Car. He drove a very strong race thereafter and was always under pressure, especially in the final stint where he had to resist the challenge from Verstappen. Seventh place from P18 on the grid is an excellent turnaround. Lance's race was destroyed when Vettel hit him in the Ascari chicane on lap seven. The subsequent undeservedly harsh penalty dropped Lance out of contention for the points. It's a real shame because he had made a super start and was running comfortably in seventh place at the time. It was very unlucky: he was just in the wrong place at the wrong time!"