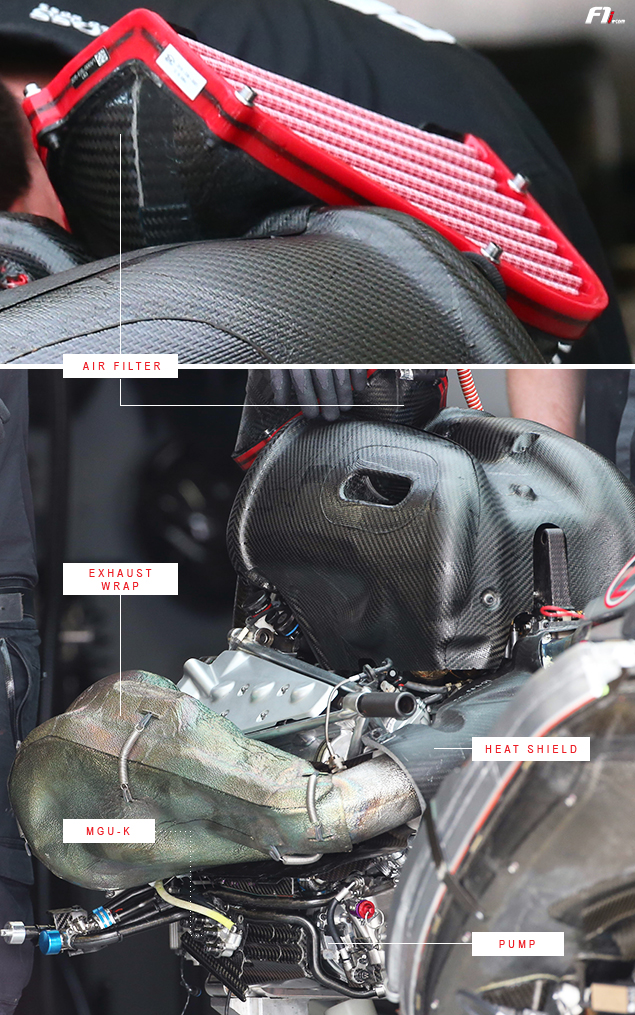 Besides a clever intercooler setup, the ERS (energy recovery system) efficiency of the Mercedes package stems from Brixworth’s renowned expertise in that field, more than from the size of the compressor as suggested by some.

When engine manufacturers ran the very first version of the KERS (2009-2013), most of them let their teams develop the system and/or entrusted it to their suppliers (Magneti Marelli for Ferrari and Renault). Mercedes, however, kept fine-tuning the device in house. In 2010, when teams all agreed not to run the KERS, Brackley carried on working on it nonetheless.

Second-generation KERS were already much more efficient than their 2009-spec predecessors, but restrictions limited the systems to 60kW for 6.7 seconds, somehow masking any major improvements. These systems have now become a major performance factor in the new turbo era.

“If [you] just look at the internal combustion engine, then today’s V6 1.6-litre turbo-charged engine is approximately the same power as the [2.4-litre normally aspirated] V8 engine was,” Cowell says.

On the picture above, one can notice that Mercedes has ditched its trademark log manifold – one the most distinctive feature on last year’s PU106A – and replaced it with a more conventional multi-tube exhaust design. 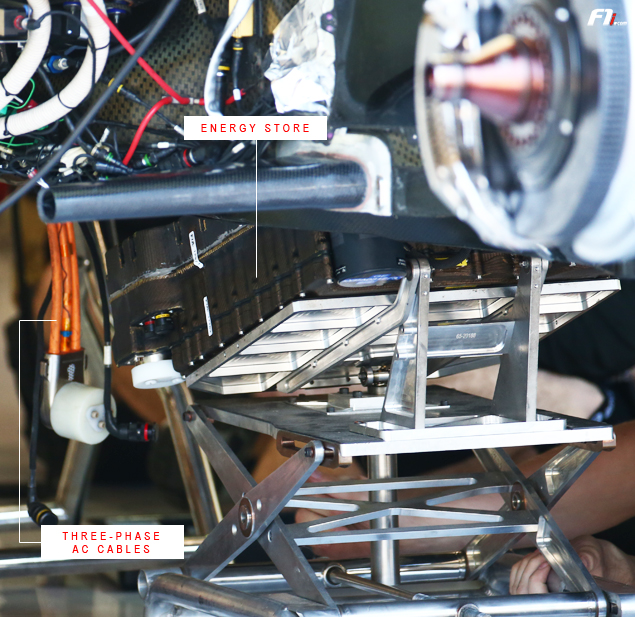