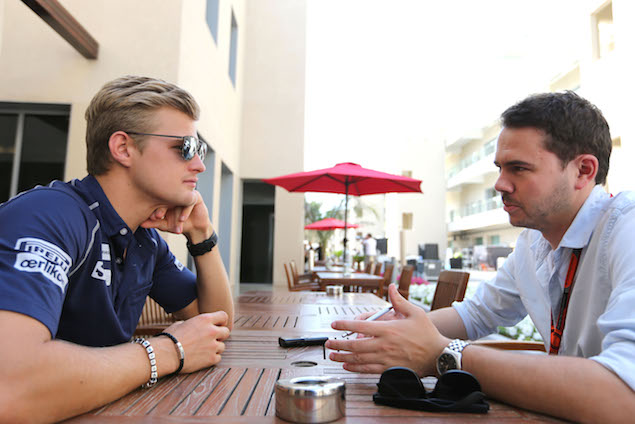 When Caterham entered administration and failed to race in the United States Grand Prix, its two drivers - Marcus Ericsson and Kamui Kobayashi - were left in limbo.

Ericsson was in his rookie season but had started to show up well against Kobayashi in the latter part of the year, and within days he had signed as a Sauber driver for 2015. The Swede had substantial backing behind him, and with Sauber strapped for cash it was viewed by many as a necessity to take Ericsson rather than his Caterham performances earning him the seat.

Although determined to prove his doubters wrong, Ericsson got off to a poor start as team-mate Felipe Nasr grabbed the headlines with fifth place in Melbourne and scored 14 points in the opening three races to Ericsson’s five.

Sitting down with F1i to reflect on his year with Sauber, Ericsson admits he was clearly second best to Nasr in the early stages of the season.

“I think the first half of the season he for sure was the stronger out of us two, there’s no question about that,” Ericsson said. “I think in the qualifying stats he was 6-1 up on me or whatever, for sure he was doing a better job than me in the beginning of the year. But I think from mid-season it has been the other way around and instead it has been me that has been the stronger in the team.

“To be fair we have been quite closely matched over the whole year and we have pushed each other really hard which is good. Also I think I thought about it in Brazil, there were so many races where we started next to each other because we are always very closely matched, which I think is good, it always makes you need to get the most out of yourself.” 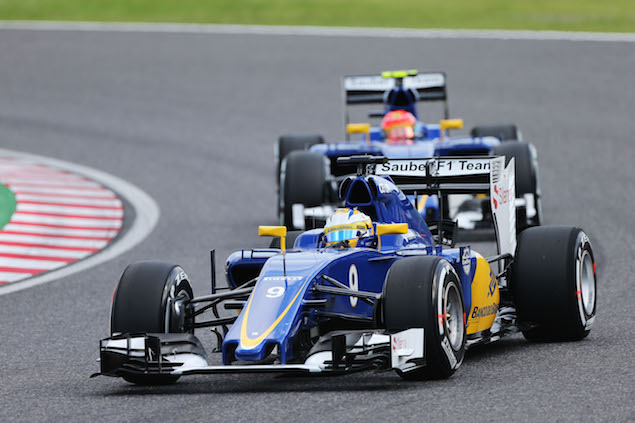 While Ericsson ended the year 18 points adrift of his team-mate, the final 13 races saw each driver score on three occasions in a car that was becoming progressively less competitive. The qualifying head-to-head closed up to 10-9 in Nasr’s favour and Ericsson finished ahead of the Brazilian in four of the last six races which saw both drivers take the chequered flag.

Looking back at what sparked his improvement, Ericsson says the knowledge he would be retained for 2016 was a positive factor but not the initiating factor.

“I think it has helped but I think my turning point was a bit earlier than that. It was more on myself from the mental side of things. I guess it was a little bit difficult coming from Caterham and being always at the back, it’s so difficult in a team like that to show what you can do. Even if you do something perfectly, nobody really notices or it’s very difficult for people to notice.

"Compared to your team-mate as well you’re like: ‘Argh, I want to do it, I want to show him!’ I think I just overdid everything a bit..."

“Then you come to Sauber and especially at the beginning we were really quite strong, you want so much to show what you can do, you push so hard. Compared to your team-mate as well you’re like: ‘Argh, I want to do it, I want to show him!’ I think I just overdid everything a bit and focused too much on other teams, on my team-mate, on other things.

“I think that was the thing, when I sort of accepted that I need to focus on myself, I need to try and make myself perform at my maximum and get my car to be performing the best way for me come qualifying and the race. When I accepted that and didn’t try to set the world on fire every time I was out on track then I think it’s obvious it started to go a bit more my way. Even though you’re so focused I could sort of relax a bit more during race weekends and that has made a big difference.”

Having managed to get himself in to a better place mentally as the year wore on, Ericsson highlights those early obsessions with the other side of the Sauber garage - and everyone else in the pit lane - as his biggest weakness.

“Yeah I think so. It’s a lot about the mental approach and how you are mentally and I think in the beginning of the year I was putting myself under a bit too much pressure. I was trying too hard and I would overdo things and that doesn’t help. Something I feel I have learned the most from this year is to focus more on yourself, focus more on my work with my engineers with how I set up my car for myself and don’t think so much about everything else.

“It’s easy to do in Formula One because there are so many comparisons between team-mates, between other teams, there are always fights. But in the end if you do not perform at your top level then it won’t be working anyway so I think that’s the biggest lesson I’ve learned this season and it’s nice also to see that is has shown in the season as well, that I sort of turned the season around. That’s something I take strength from.” 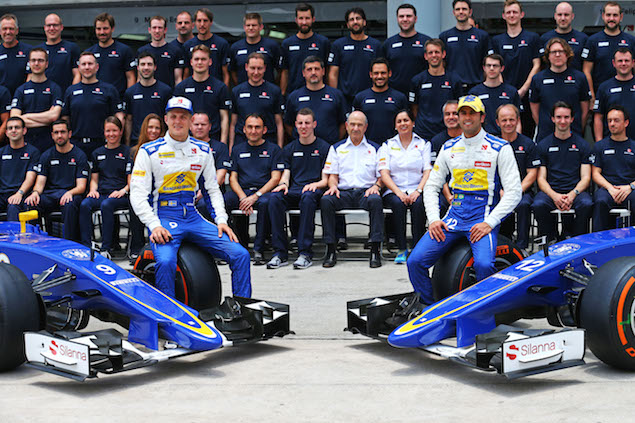 Reiterating the point, Ericsson says recognising his own major weakness and improving on it throughout the season is one of the biggest positives he can take out of 2015.

“I would say the same topic,” Ericsson says when asked for his biggest strength. “When you start the season like I did and at one point I was so far off my team-mate in the stats, it is quite tough mentally. I think the strength I’ve shown to sort of turn it around and all that has probably been one of the better things for the year.

“I think for sure I’ve proved a point that I deserve to be in Formula One. Also, last year I think a lot of people were questioning why I went with Sauber and everything and weren’t sure about that, but I think this year I’ve shown a lot more of what I can do pace-wise but also wheel-to-wheel battles. I’ve have some good fights and for sure I think I’ve gained a lot of respect in the paddock. That’s my feeling at least, so that’s been good. But as always you want more and I know I can do more as well so it's good that I have another year to show that.”

And having spent the second half of the year closely matched with his team-mate, Ericsson believes 2016 will see an entertaining internal fight between himself and Nasr to establish themselves as the unofficial team leader.

“This year I think we had one half each sort of thing and next year I cannot give away the first half of the season. I need to start where it has been this second half of the year, and that’s my aim.” 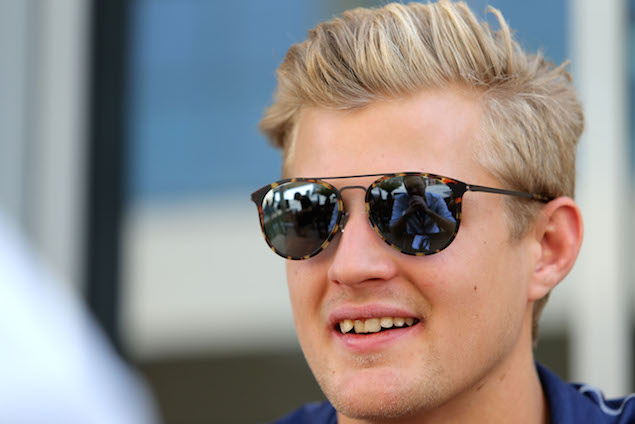 Eric Silbermann: And the winner is...

Eric Silbermann: And the winner is…