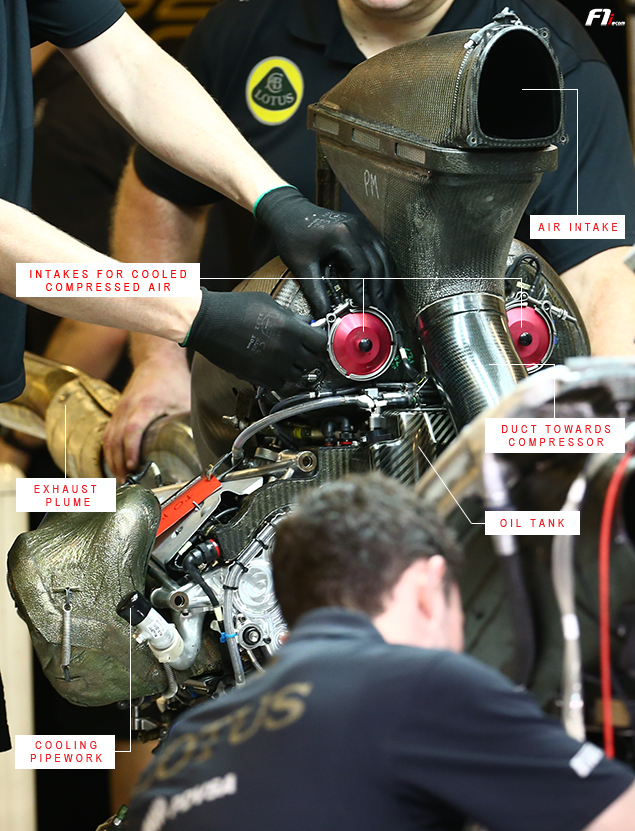 ALWAYS STRIVING TO STAY ONE STEP AHEAD

The Italian Grand Prix saw Mercedes introduce a major upgrade of its PU106B, with a view towards developing its future 2016-spec power unit. The world champions spent their entire seven-token allocation on the new specification, with three tokens devoted to an ICE overhaul, most specifically to the “combustion aspect”. Meanwhile, fuel partner Petronas provided Mercedes with a new product in an effort to unlock the full potential of the new package. The upgrade was run across eight grands prix, a valuable sample size for engineers to analyse and assess their technical choices in real conditions and see what can be further improved ahead of next year.

“It's a good point to introduce and do that development work and then build [the 2016 engine] on that through the winter,” Cowell commented.

“The fuel enabling us to make changes around the internal combustion engine is where the majority [of the upgrade] is.

“The combustion aspect linked with the fuel is the key, but there are some other enablers [where the other four tokens were spent] close to that to pull the whole package together.”

However, Mercedes and its rivals will have to rely solely on the dyno to test the new exhaust tailpipes, which have been devised in the new-for-2016 technical regulations to make next year’s power units louder. Instead of one single tailpipe for both the turbine and wastegate(s), the new layout will feature one tailpipe for the former and one or two smaller ones for the latter.