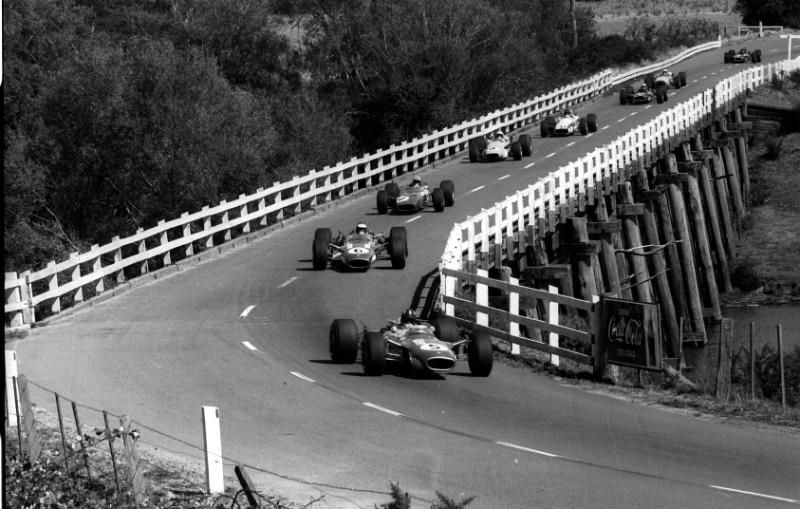 Interestingly, between 1964 and 1969, the technical rules for the series called for a 2.5 litre Formula with most teams fielding previous season chassis fitted with 'Tasman' engines (F1 had upgraded to 3.0 litre engines in 1966). Cosworth even produced a variant of its DFV V8, which was known as the DFW, while BRM simply reduced the capacity of its V12 bloc, with Ferrari basically using an F2 chassis powered by its 2.4 Dino V6 engine.

Incidentally, the 1968 Tasman championship also saw the very first appearance of a single-seater Lotus liveried in the flamboyant red, white and gold colours of Players Gold Leaf, which Colin Chapman had secured as the team's first commercial sponsor. 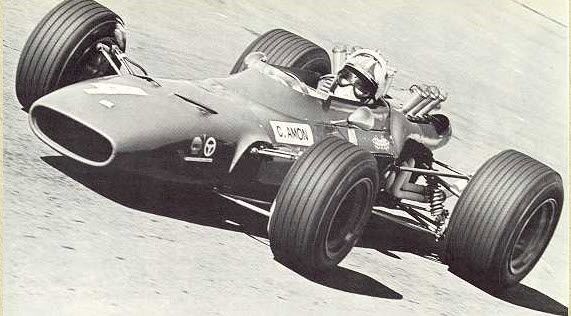 Local hero Chris Amon opened up festivities in New Zealand with a pair of wins at Pukekohe and Levin thanks to some strong driving and the Ferrari's convenient power-to-weight ratio. But on both occasions Jim Clark had either led the race or was snapping at Amon's heels before the Lotus was sidelined with mechanical troubles.