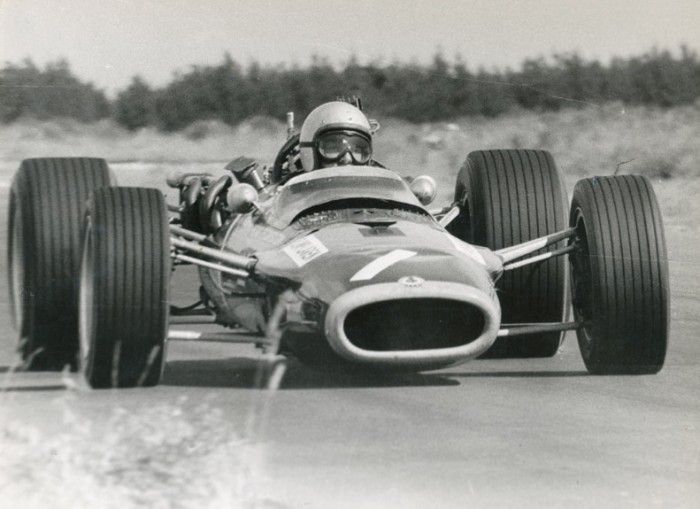 Amon desperately needed the win to make up points on Clark before the ultimate round. The Ferrari driver actually had his nose over the finish line twice in the closing laps but each time the Lotus outbraked the scarlet red machine at the end of the straight.

In the end, and much to the crowd's pleasure, Clark edged out his Kiwi rival by a mere tenth of a second while team mate Graham Hill was the third man on the podium. Piers Courage used a special blend of Dunlop rubber to clinch the last round of the Tasman Series at Longford, but Clark was crowned the overall winner, beating Amon by 8 points.