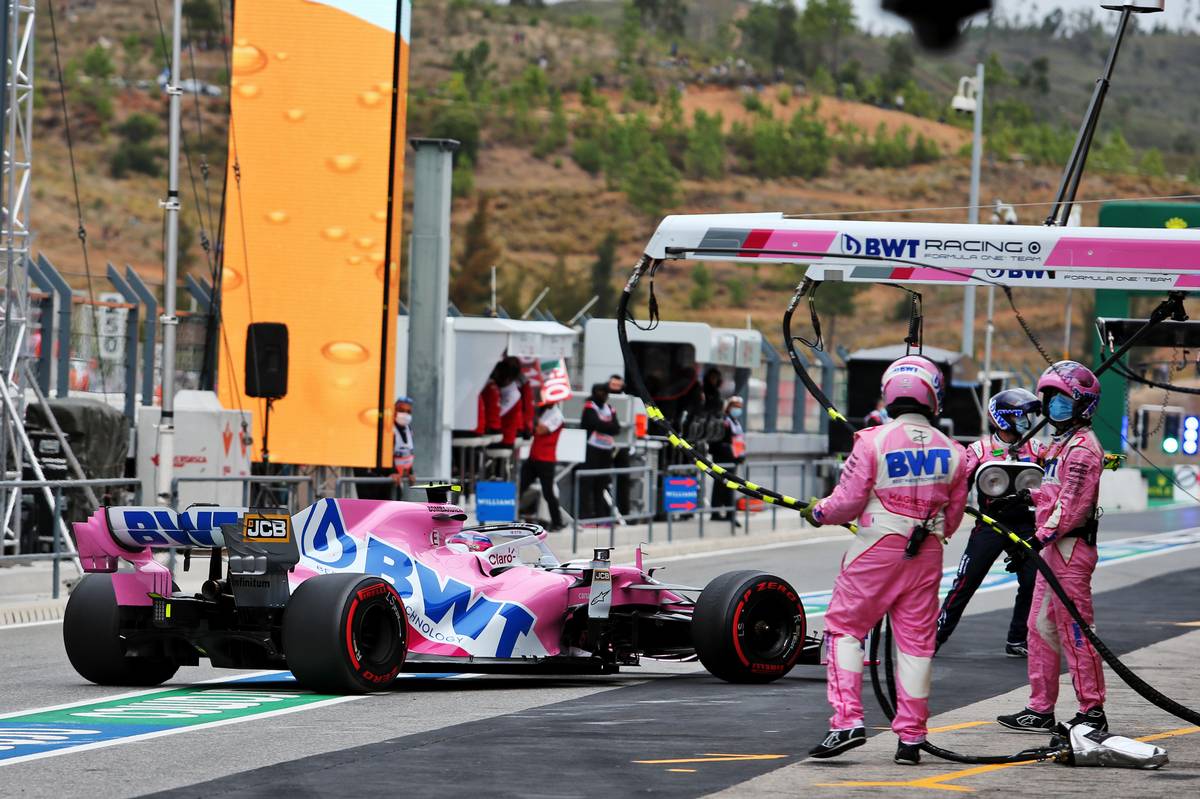 Sergio Perez
"When you consider how the race started, P7 is a very good result and we can be proud of the recovery. The contact with Max [Verstappen] at the start was really unfortunate. The Mercedes at the front were struggling with the Mediums and Max was closing on them. I saw that Valtteri [Bottas] pushed Max wide and then he came back onto the track too aggressively causing a collision. It was then made worse by having a puncture and having to stop on the first lap. I had to drive to the pits with a big vibration too. We then ran a really strong stint on the mediums, which put us right back up towards the front, but the final stint on the soft tyres was tough. We probably lacked full knowledge of the soft – because the practice sessions were disrupted – and we weren't able to protect against graining enough in the last stint, so [Pierre] Gasly and [Carlos] Sainz were able to get by at the end. Still, it's some important points and we recovered well from being in last place after the first lap. I'm looking forward to racing at Imola next time out."

Lance Stroll
"It's a real shame to have retired from the race because our pace was strong and we made progress in the first stint to have a real shot at good points today. It was an awkward coming together with Lando [Norris]. I was waiting to see if he would go left or right, but he stayed towards the middle of the track at Turn 1. That meant I had a split-second to decide what to do and I chose the outside and went over the kerb a little. When I turned in, I felt I was ahead, but there wasn't space for two cars. After the collision, the car was damaged and it wasn't possible to continue, so we had to retire. Putting aside the result, I really enjoyed the circuit and I would love to see it on the Formula 1 calendar in the future. Today was one of those days to forget, so my focus is now entirely on Imola and turning the corner there."

Otmar Szafnauer, Team Principal and CEO
"We had a quick car today and it's unfortunate we didn't score as many points as we deserved. Checo was unlucky to be hit by Verstappen on lap one, which caused a puncture and dropped him to the back of the field. He was fully deserving of the driver of the day accolade as he recovered to seventh place at the flag. It was very nearly fifth place, but we really struggled with the soft tyres in the final few laps. For Lance, his race was looking strong until he got tagged by Lando [Norris] into turn one. I think the resulting penalty was unfair because Lance was ahead going into the apex and it was just a racing incident. There was significant damage to the car – the floor especially – and despite Lance persevering we chose to retire the car as a precaution. Despite a mixed and challenging day, we've scored some valuable points, retaining third in the championship."