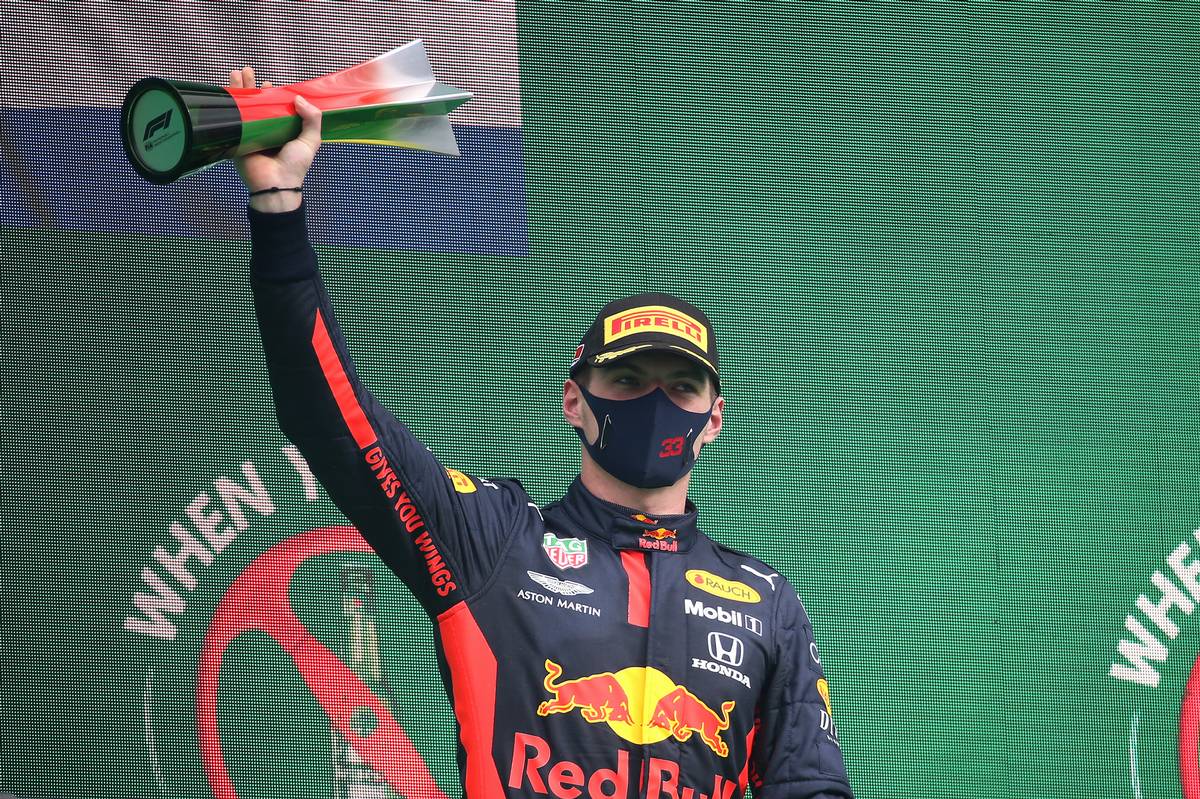 Alexander Albon
"It was a tough race and we struggled for grip right from the beginning. I think the car was fast but we couldn't show our true pace whilst we were stuck in traffic. I didn't get off the line very well and for the first three laps we struggled with tyre temperatures, so we kept locking up the fronts. Once the tyres were hot, the car was good but recently we've been struggling to switch the tyres on and that just sent us backwards into traffic. Once you get caught in a DRS train it makes it very hard to overtake. We tried to react by doing something different with a two stop strategy but looking back maybe that wasn't the best thing to do. Now we will look at what we can learn from today's race and this weekend as a whole and make sure we put in a good performance in Imola."

Max Verstappen
"Overall I'm happy with third and I think it's where we expected to be. I tried everything I could and the beginning was of course not so easy with a little bit of rain and low grip, which meant the tyre temperatures were very low for the first few laps. I had a little touch with Sergio but luckily I had no damage and then it started raining a little bit so I just tried to keep the car on the track and stay out of trouble. I don't know how but the McLarens had a lot of grip on the opening lap so once the rain had passed I overtook them to get back into P3 and then focused on my own race. For some reason the soft tyre wasn't working so well today but once we pitted and went onto the medium tyres we had good pace and it was quite ok. Of course by then already the gap to Mercedes was so big so we couldn't really do anything but we can still be happy with another podium. I am not sure what the time of the pit stop was but it felt very fast today, so I think the mechanics all deserve a beer tonight for being the best in the paddock."

Christian Horner, team principal
"Once again Max got everything he possibly could out of today's race with another well-deserved third place, claiming his 40th Formula 1 podium. After a tricky start he got pretty close to Lewis through the first couple of corners but we really struggled to get the soft tyre working, with McLaren switching them on instantly and passing everyone. Max was then lucky not to sustain damage in the racing incident with Sergio and from there he was able to keep in touch with the leaders before switching onto to the medium tyre, which turned out to be the better tyre in the allocation today. It was a difficult race for Alex who lost quite a few positions at the start, coming around the first lap in P11 and like Max struggling to get the soft tyre switched on. Once he did get going he was stuck in a DRS train and wearing through the tyres pretty quickly so we pitted him early for the medium. He then had decent pace but got stuck behind Kimi and with high tyre wear we pitted him for a second time. Finishing twelfth was unfortunate for Alex and it's disappointing for him to be outside the points. Congratulations to Lewis for breaking the record for F1 victories and also to our pit crew who look to have broken the world record once again, also completing all three pit stops in under 1.9 seconds. Quite an achievement."