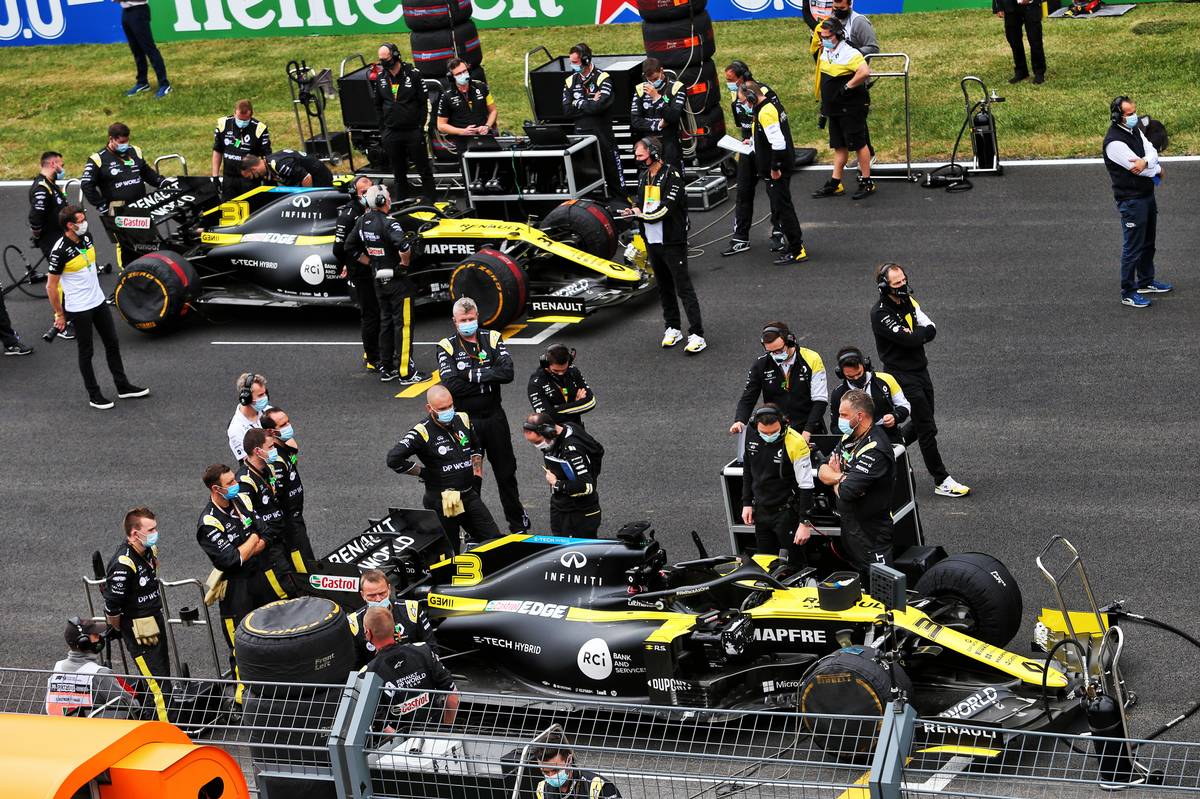 Esteban Ocon
"That was a good race for me. It was very hard at the start being on the Mediums, but I kept calm and together with the team we managed it extremely well and made sure we remained competitive throughout. I completed 53 laps on them! They seemed to last a long time and my pace was strong even towards the end of the stint. It kept raining too in short spells, so we had to be mindful of that with the grip levels. In the end I think we did a good job to get both cars inside the top ten."

Daniel Ricciardo
"It was a crazy start to the race, and we did manage to make up some places on the first lap moving up to eighth. Once it settled, we struggled for grip on the Softs and so we pitted quite early. We had the Mediums on for a lengthy spell, so we had to spend a lot of the second stint managing the tyres. I never really had the tyres in the right window so I couldn't push too hard. Eighth and ninth for the team isn't a bad result so I think we'll take that from this weekend."

Cyril Abiteboul, managing director
"We came away from Germany with a great buzz after Daniel's podium, it is therefore very disappointing to see that the car has struggled massively for grip all the way through the weekend. The team has managed to improve from a very poor start on Friday and eighth and ninth today is probably the best result we were realistically going to get starting from tenth and eleventh. What is interesting about today's race is that we never managed to make the Softs work, but Esteban's massive stint on the Mediums was extremely competitive. It is a clear demonstration that the weekend was dictated by the tyre performance: as we go towards the end of the season and we could experience similar circumstances in the next two races, we absolutely must understand what has hurt us if we are to finish strongly in the Constructors' Championship. I am glad for Esteban as he made no mistakes in a tricky weekend and contributed to keeping the team in sight of our rivals."