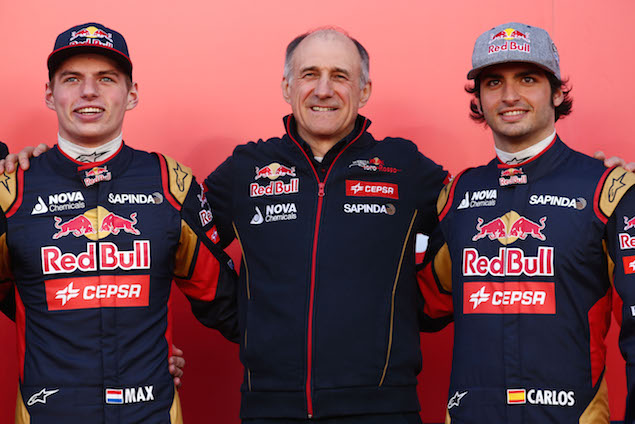 Scuderia Toro Rosso drivers come from a well-defined gene pool, being the cream of the Red Bull Junior Driver Programme. Over the years, there have been a few duds, but the Faenza based squad has also launched the careers of Sebastian Vettel, Daniel Ricciardo and Daniil Kvyat. Those three were all touted as the “next big thing,” but there was even more media hype about the all-new 2015 pairing.

Last year, Max Verstappen was the centre of attention and Carlos Sainz would no doubt have made more headlines but for some rotten bad luck. Toro Rosso boss Franz Tost is not the sort to be impressed by headlines, being more concerned in hauling his team up the F1 ladder. In 2016, he and his crew have to deal with a switch of engine supplier but, on the driver front at least, Tost doesn’t have any worries.

“I expect a successful season for both of them as I was quite impressed last year with the way in which they tackled a learning curve that had a steep gradient,” the Austrian told F1i.

“Both of them have worked very hard over the winter months, concentrating not only on their physical training, but on the mental training too, taking in all the necessary stuff that has to be done, in order to be well prepared for the coming season.

“In early February, they will come here to the factory for a series of meetings, focussing on and being instructed about all the technical aspects and new procedures linked mainly to the engine side, but also relating to the chassis side of the package. It means that everything should be clear in their minds and they should have all the necessary knowledge before we take to the race track for testing.” 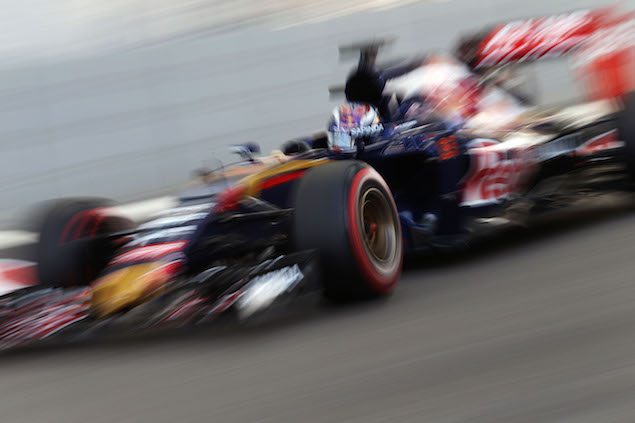 Students can sometimes do very well in their first year at a new school, only to produce disappointing work in the second one, something “headmaster” Tost is well aware of.

“Maybe, in the early part of the year, we must be careful not to push them too hard, because sometimes, in a driver’s second season with us, they can think they must demonstrate a clear step up in performance,” he adds.

“The result of this attitude is that they then tend to overdrive the car. However, I believe this will not be the case with Carlos and Max, because they gained the necessary experience last year. Therefore I am more than positive about 2016 from the driver point of view.”

Overdriving might be the result of being part of the Red Bull Young Driver Programme, in that the Toro Rosso pair have to keep one eye on a chance to “move up” to Red Bull Racing and the other eye on what promising youngsters are coming up in their rear view mirrors.

“That’s Formula One and I think Red Bull is more than fair to all its drivers, because it provides them with fantastic possibilities with all the necessary ingredients that they need to show what they are capable of,” maintains Tost.

“If, after that they can’t improve or Red Bull has the feeling that their performance is unlikely to improve beyond that in the future, then it’s clear they will be replaced by another driver. But that’s normal in Formula One, that’s the way it is.” 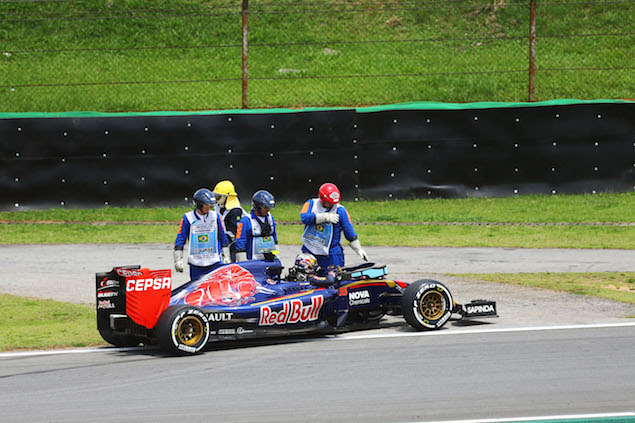 Given his run of bad luck in 2015, it’s possible that the biggest leap in performance could come from Sainz.

“Most of the time he suffered with reliability issues that were the fault of the team, not his. Carlos had a very good season last year, showing a strong performance, which was especially clear if you look at the qualifying comparison between the two drivers.

“I expect him to have a good 2016 and I just hope we can provide him with a reliable car, which allows him to show his potential. The team has to improve its performance and produce better race results than last year, as we have to step forward. Last year our main problems came from reliability and we must work on that for this season, no excuses!”

Certainly there won’t be any blame-it-on-the-power-unit excuses, as the Toro is reunited with the Cavallino this year.

“We are back with our friends from Maranello and I am more than happy and convinced that they will provide us with a powerful engine package. For the drivers, it will be something new, but there’s not so much for them to learn: I expect them to manage the situation with the right-hand pedal!

“Having a good feeling for how to use all the elements of the power unit is a very important aspect of what the drivers have to do. Last year, our two adapted very, very quickly, partly because they were very well prepared and also because they are intelligent guys who learn very quickly.” 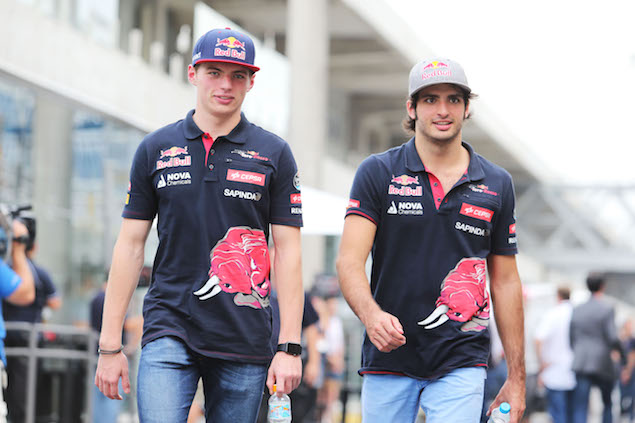