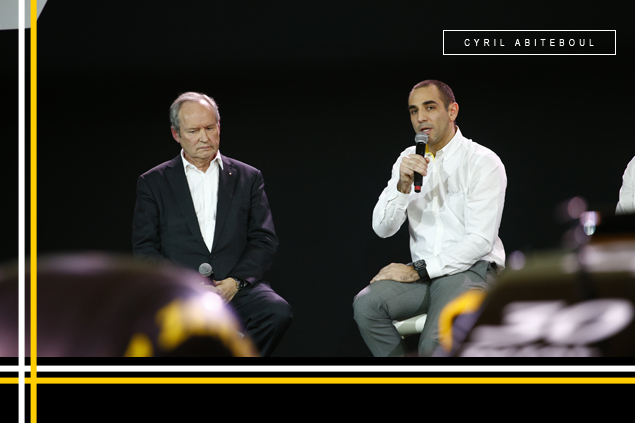 What do you expect from the drivers?

We want them to get experience under their belt, deal with the start of the season, but also be a central part of the new project. We believe that our drivers have a fantastic capacity to be at the edge and be a driving force we need to motivate people at Enstone, in Viry but also here in Renault. We need people who represent what Renault stand for today. They need to be great on track but also a great person who can inspire the 150,000 people in the Renault Group.

Will Esteban Ocon be taking part in any Friday sessions?

We think that you will get to see Esteban driving the car. I don’t want to go into details, but yes.

It’s strange to see a Mercedes driver in Renault position?

This is Formula One. Just like there is collaboration between car makers – we collaborate with Nissan, Infiniti and Mercedes – and we are doing the obvious. If you were walking around the corridors here in Renault Technocentre you would see a lot of people that are coming from Japan, from Stuttgart, who are working on joint problems. We need to start taking away the walls between people and working in synergies. The cost of Formula One is just too expensive if you don’t work in collaborations. It’s the sort of thing we will be trying to do. 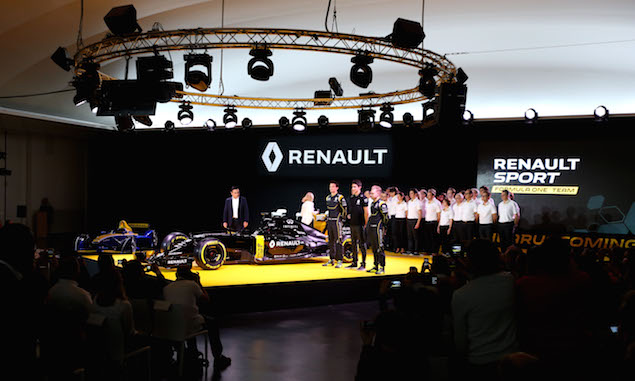 The car was built for another engine, has it been difficult to change?

When can we expect to see the 2016 car launched?

We are not launching but it will be at the test. It will be with this livery but it will be the 2016 car that we will be actually testing in Barcelona. Then closer to Melbourne there will be a reveal of what the final colour will look like.

Will it run on the first day of testing?

Is it a completely new chassis?

Yes it is. It’s a 2016 chassis homologated a couple of weeks ago with new crash tests and so and so forth and there has been a number of changes that have happened in order to make it compliant with the new regulations. It’s a completely new car. 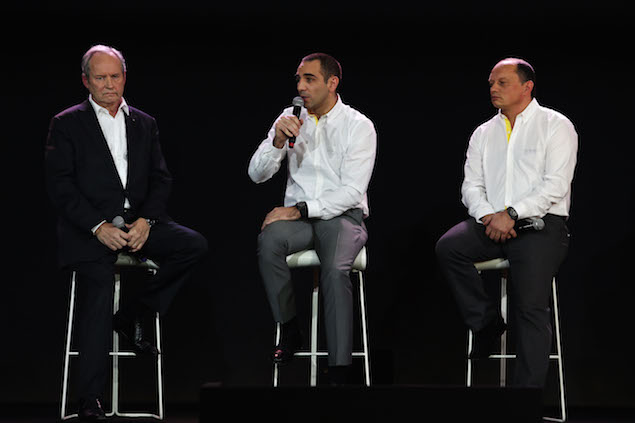 How’s the development of the engine going?

It’s going well. We have some good stuff in the pipeline, which will take some time to get implemented and seen and visible on track, but we have very, very good stuff now.

Is the engine a continuation of last year’s design and the update in Brazil?

We know where we need to work. It was already in the same area as the one that will be massively changed in the course of this year. It’s not exactly the same concept, but it’s the same sort of geography of the engine.

Will the engine be the same as the one supplied to Red Bull?

Yes it will be the same. We have a mandatory obligation to give do that from a regulation perspective it has to be the same.

But will you have different developments?

We are doing one development and as soon as they are ready they will be introduced into either car. We still have the engine pool to manage and the Renault and Red Bull team may be out of sync in that respect, but apart from that it is compulsory in the regulations to have the same equipment in the four cars.

Can you explain how involved Mario Illien is with the engine?

Mario is the technical director and chairman of Ilmor and Ilmor is one of the many suppliers that Renault sport is using - we are not only using Ilmor as an external consultancy firm. Obviously it is a symbolic relationship and it has received a lot of publicity, but frankly there are external parties that are more important than Ilmor. For instance, Mecachrome as a historic partner is much more important both in value and in terms of final product than Ilmor. But Ilmor will play a role also, we hope. 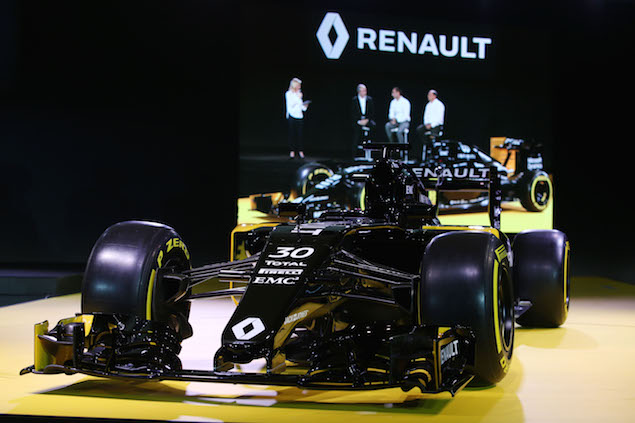 What can we see at the front of an F1 car?