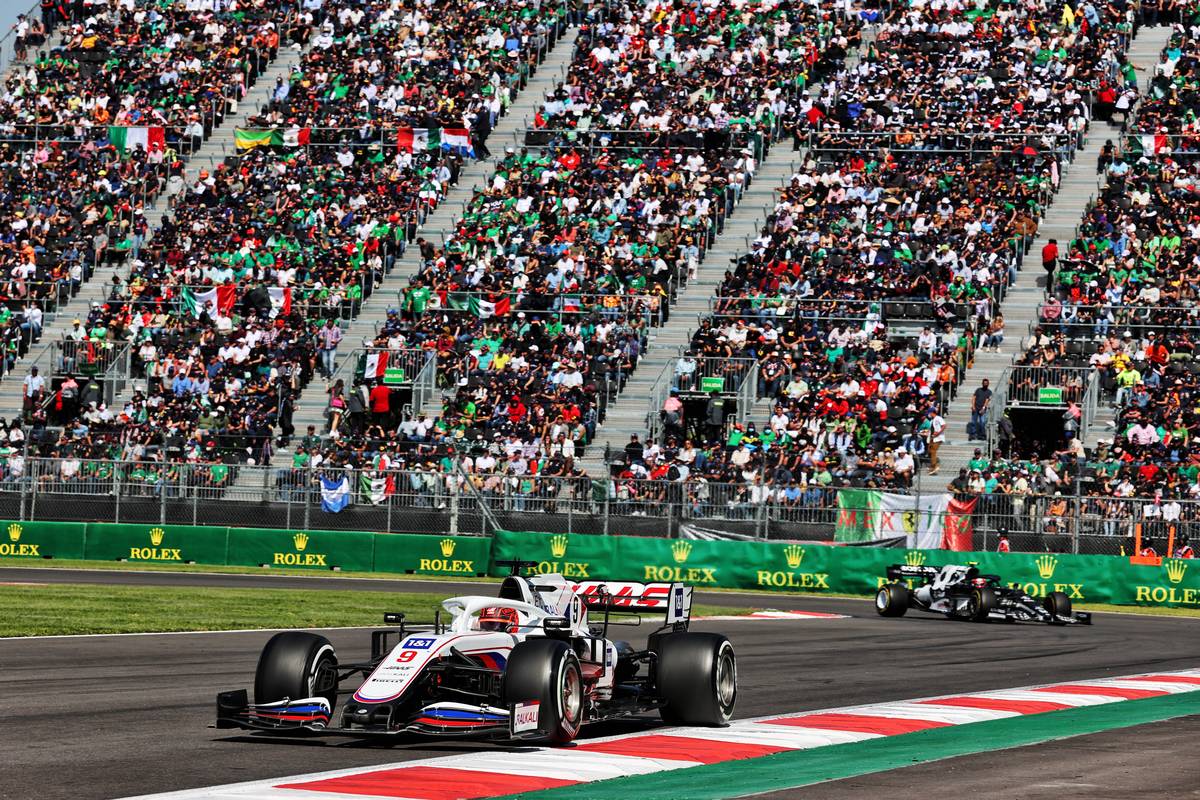 Nikita Mazepin
"It was a very long race. We had a good start, we got through nicely and the first part of the race was going well. Then we decided to protect from Williams and unfortunately our pit stop was too slow – we just got done by them but I think we had the pace to probably keep them behind considering how hard it is to overtake on this track. Unfortunately it didn't happen. I felt that as we had less downforce than we'd like it was really difficult to follow cars closely when you get overtaken by blue flags – after that it was a tough race."

Mick Schumacher
"I saw a lot of smoke and normally that isn't a good sign. I didn't want to be face-on so I decided to go to the middle and unfortunately there were already cars there and we all got bunched up, and I made contact with Esteban Ocon. It's unfortunate but these things happen – it's not the first time it's happened in my career and I'm sure it won't be the last. I was looking forward to driving here and learning, next year hopefully we'll have a better car and can attack more. We can always take positives."

Guenther Steiner, team principal
"A tough weekend. Mick retired during the first lap, obviously there was nothing to do and it was a racing incident which happens when you're trying to do your best. With Nikita, he stuck in there and got the best out of it as possible. We had a bit of a slow pit stop – we wanted to come out in front of Latifi – and it didn't work out so we ended up where we ended up, but he learned a lot about tyre management. Now it's on to the next one."