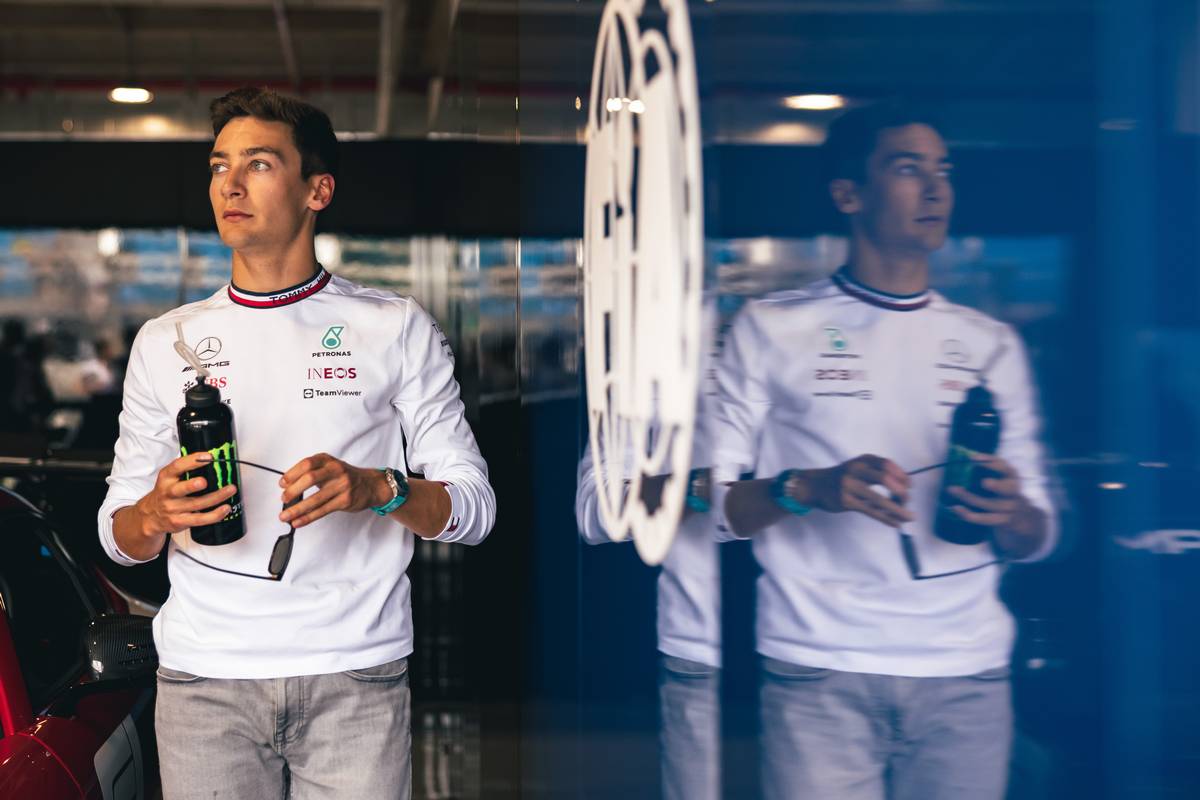 Lewis Hamilton
"We got good points as a team today, so we'll take them and move on. I was unfortunate with the safety car and I'm waiting for a change in fortune but until then, I'll just keep working as hard as I can. George did a great job in that first stint on the Hard tyre, in hindsight the Hard tyre was probably the better race tyre for today but George did well to recover from his position and we got fifth and sixth which is good points for the team. I was a bit of a sitting duck in our move but George did great, was very fair and on old tyres, there wasn't much I could do. Even running in our positions, it's still racing, it just changes your perspective. I thought the track was great, I don't think the chicane is ideal but that's the only weak point on this circuit."

George Russell
"It's mixed feelings to be honest because obviously based on where we were yesterday, today was a good result but if you'd told me after Friday we'd finish P5 and P6 and that far behind P1, I'd have been pretty disappointed. We have a fast race car in there, we just don't have the key to unlock this performance. And we don't really understand why that is so there's work to do. Towards the end of the race today, when you're battling with your teammate, you've got to show respect, a bit more room than normal. The move was a bit tricky, I went a bit wide, but it's so dirty offline around this circuit. Obviously it was clear I went off the track and had to do it all over again. I enjoyed it and I think there's good respect between us. But Lewis was unlucky today, when you are on 20 lap old Hard tyres there's not a lot you can do really. It was brutal race out there - so hot, sweating, my eyes were stinging, I had sweat pouring into my eyes, so I need to find a way to get around that."

Toto Wolff, head of Mercedes-Benz motorsport
"We maximised our points today - with George's starting position, we could afford to roll the dice on a long stint on the Hard and it worked out for him with the safety car, while it was unfortunate for Lewis. We were third-quickest on the road, this is where we are, we don't sometimes show it in qualifying but in the races, we're generally better. We had a good Friday but didn't quite understand why that was. We will be looking at all the data we've generated this weekend, working through the sessions on Friday to better understand the strong performance, and take those learnings back to Europe."

Andrew Shovlin, chief race engineer
"We maximised the result that was possible today and both drivers did a good job. Lewis was unlucky with the safety car but both did well to get ahead of Valtteri. The car showed signs of promise on Friday on low and high fuel so it's disappointing to see that the gap to the front was no smaller today. However, there may be something to learn from that running so we'll pick through the data to see if we can see understand what may have changed. It was encouraging to see that pit stops and reliability were strong as good operations have helped us keep the points gap to the leaders to a minimum so far this season. However, we're under no illusion that we must close that lap time gap down in the next few weeks if we are to present any kind of challenge to Red Bull or Ferrari."