George Russell says he was respectful of Lewis Hamilton during the pair's brief but tight battle in Sunday's Miami Grand Prix, giving his Mercedes teammate "a bit more room than normal" as he undertook a tricky move.

Although he launched his race from P12 on the grid, Russell made good progress during offset strategy and his long first stint on the hard tyre, catching up with Hamilton among the top ten.

But a late Safety Car was a timely boon for Russell who made his pitstop during the race's neutralization and found himself on fresher rubber than his teammate.

That allowed Russell to mount an attack on Hamilton in the closing stages of the race, but the seven-time world champion resisted despite his 20 lap-old tyres and tried to come back at his teammate. Russell had the last word but only after passing the sister Mercedes car off the track.

Russell yielded the position but then immediately retook it, leading Hamilton to the checkered flag which the pair crossed in P5 and P6.

"When you're battling with your teammate, you've got to show respect, a bit more room than normal," said Russell.

"The move was a bit tricky, I went a bit wide, but it's so dirty offline around this circuit.

"Obviously it was clear I went off the track and had to do it all over again. I enjoyed it and I think there's good respect between us.

"But Lewis was unlucky today, when you are on 20 lap old Hard tyres there's not a lot you can do really." 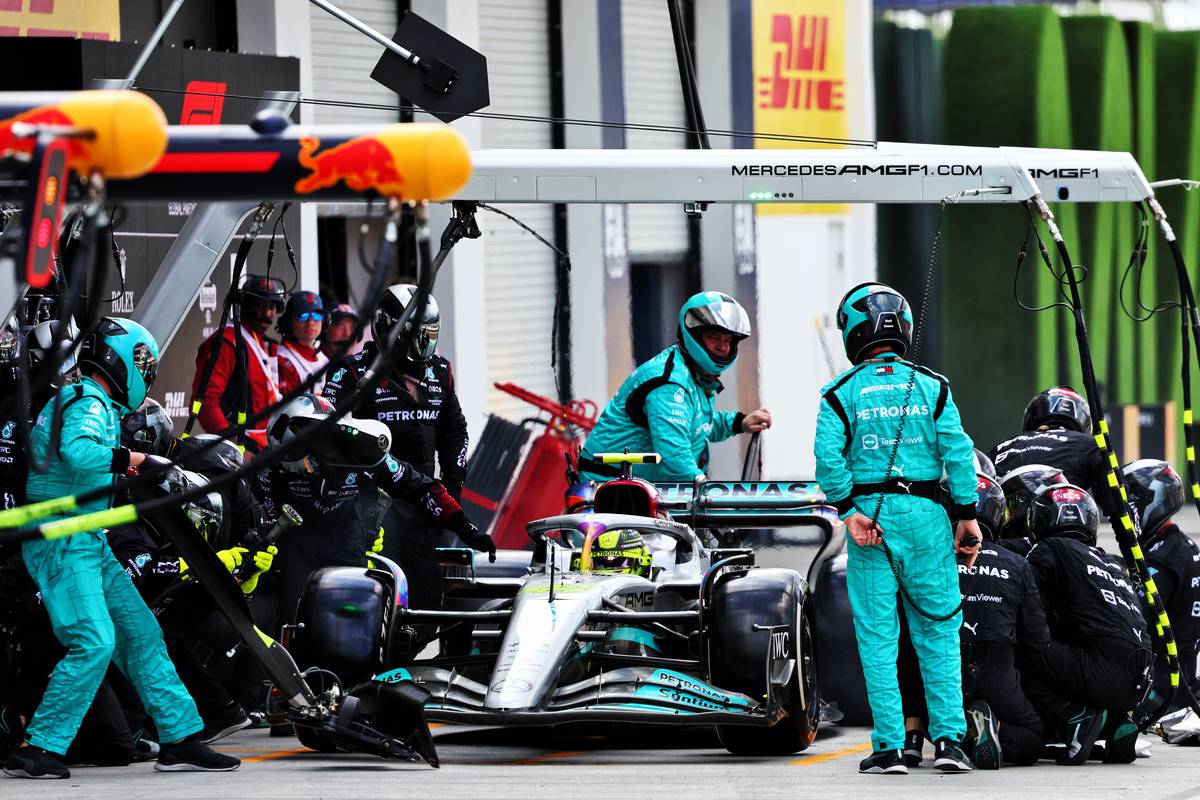 Assessing his remarkable fifth top-5 finish in five races, Russell admitted to have been a bit lucky to see his "offset strategy" pay off.

"I think we were fortunate," he said. "You sound like a bit of a genius when things like that happen, but that's the case when you're on an offset strategy.

"We had P7 covered, there was no point to pit, you may as well stay out there and hope for something like that to happen, and we got a bit lucky today.

"But we still didn't show the pace that we showed on Friday, we showed much more pace than we showed yesterday, but still a long way from where we were on Friday and we need to understand why that is.

"We have a fast race car in there, we just don't have the key to unlock this performance. And we don't really understand why that is so there's work to do."

Russell admitted that 57 laps around Miami's demanding circuit in Sunday's sweltering heat was a challenging ordeal.

"It was brutal race out there - so hot, sweating, my eyes were stinging, I had sweat pouring into my eyes, so I need to find a way to get around that."

Sainz fought off neck pain to hold on to Miami podium