Catch up with what the teams had to say following round 5 of the 2022 season, the Miami Grand Prix at the Miami International Autodrome. 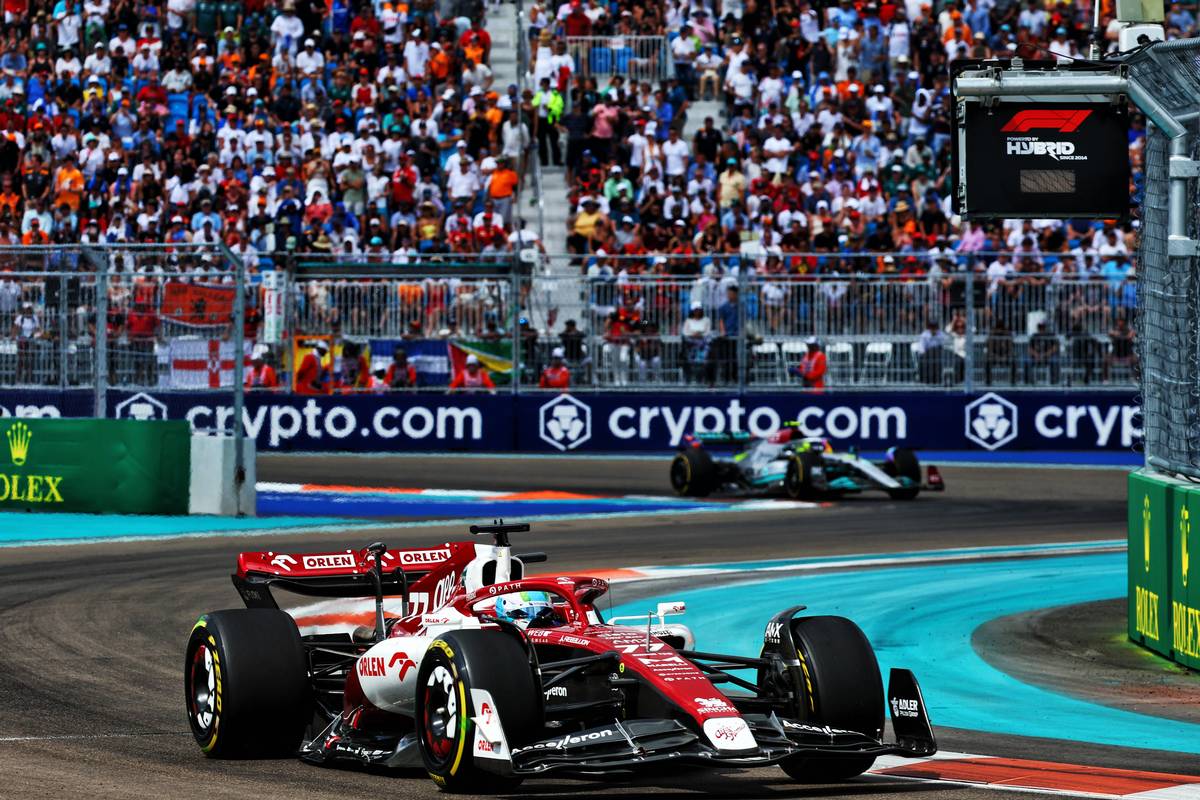 Valtteri Bottas
"I am happy with our performance, it was a strong race although, in the end, we were penalised by the timing of the Safety Car. I was managing the gap over Lewis [Hamilton] and P5 would have been possible, but once the race was neutralised, the gap was gone and George [Russell] was on fresh tyres behind us, so keeping this place would have been difficult. I was trying to brake late to defend my position, overshot the braking point slightly and sadly the nature of the track here means that if you go off the line a little and into the dirt, you're off and you hit the wall. I was lucky nothing broke on the car and I could continue. Still, we bring home some good points which will be super important for the championship, and we showed we can fight on a par with everyone in the midfield. It's all very close and the way we keep developing will be important to stay ahead in this fight."

Zhou Guanyu
"It's a shame to be forced to retire when we were making good inroads: I feel we had all it took to achieve a positive result today. We are still investigating what the issue was, all we know is that it was a water leak but we'll need to identify the causes and address them. It's frustrating, of course, but it's part of racing. My short race wasn't bad, I was three places up from where I started when I retired and I felt the car was really good. Now my focus is all on the next race: I want to turn things around and be where we deserve to be, but to do so we need to put everything together across the weekend."

Frédéric Vasseur, team principal
"It shows how much progress we have made this year that we're actually a bit disappointed with P7 – which is a really good result in itself. We were really strong out there today and we ran most of the race comfortably in P5, just behind the two Red Bulls and Ferraris: the timing of the Safety Car really affected us, nullifying Valtteri's advantage over the two Mercedeses. Still, bringing home six points is a positive result and another gain for our championship standings, but we know we can improve even more. It was disappointing to lose Zhou early in the race with a water leak, as we feel he would have also been in the battle for some points: we will need to address the issue that stopped him and make sure we come back stronger on this point, too. The direction we are headed, however, is clear and it's positive. We know we can be competitive every weekend and we aim to keep fighting to achieve more success in the next rounds."