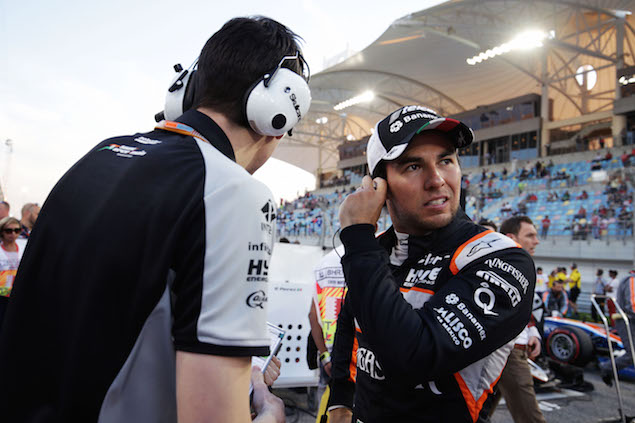 In recent years, F1 drivers on the whole have been accused of a lack of personality, of delivering monotonous, PR-fed answers to questions and being distant from fans.

Admittedly, when your main workplace is a racing circuit, the drivers are often encased in a car with a helmet hiding their faces or they are busy in the inner sanctum that is the F1 paddock, closed off to fans. But Alex Wurz’s spell as Grand Prix Drivers Association [GPDA] chairman has so far seen a change in attitude as fans are surveyed and driver opinions grow louder.

One man never short of an opinion in the paddock is Sergio Perez, with the Force India driver not afraid to speak his mind on a variety of matters. By his own admission, his own improvement as a driver has led to added confidence to voice his thoughts, but he understands why sometimes he is in a minority.

“I mean in the past I’ve always been like that, I always like to say what you feel,” Perez told F1i. “In meetings or whatever I do in my life I always try to say what I really feel. That goes along with my personality and is what I want to do. All us drivers care about the sport, we love the sport so we want the sport to be healthy.

“Sometimes you get drivers that probably give up because … not because they don’t care but because nobody listens to us. So you get drivers that are not even going in to the meetings, not in the GPDA or stuff like that. But I don’t blame them. You get frustrated with the situation and you just stop wasting time. But I think hopefully things can change from now on.” 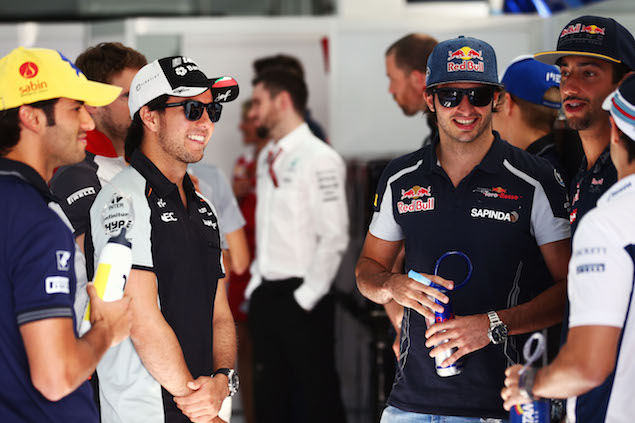 Change seems to be brewing, with the drivers having written an open letter to Bernie Ecclestone to express concerns regarding the governance of the sport. While drivers may differ on their opinions regarding the Halo concept or what they want from future regulations, Perez says F1’s governance is one area where all of the drivers agree.

“No, everyone is in favour of expressing our opinion,” he replies when asked if it has been a divisive issue between the drivers.

“Obviously it has been a lot of good work within all the drivers and that has helped us massively to be in a position to say what we want.

“I think we have [support from every driver]. Some of the drivers are not GPDA members but they still support everything that we do and what we say so that’s great to have them on board.”

And Perez feels the drivers are now stronger then he has ever known them as a collective group, having all agreed to sign the letter to Ecclestone.

“Probably yes [the drivers are stronger]. I’m quite proud of what we have achieved in my six years in Formula 1. From when I arrived to what it is now between the drivers, it’s nice to see that we can be united for the sport.”

So what are the drivers willing to do in order to ensure they are listened to by F1’s key stakeholders?

“I think we are in a position where we are definitely ready to do whatever it takes to be in a position that they hear us. If we want to do any changes, in the past or whatever happens in the future I think the drivers united can be very strong in the sport, so it’s not a bad thing.”

Not only is it the sport’s governance which concerns the drivers, Perez says doubts over the 2017 regulations have united them. It would be fair to think a driver wants to drive the most exciting car possible in order to be thrilled and challenged behind the wheel. But speaking for himself Perez says his desire is to bring the grid closer together rather than risk larger gaps appearing.

“I want to see better racing,” the Force India driver clearly states. “I want to see teams being able to fight closer together. I think we need to improve mainly the racing, more interaction between the cars.

“I don’t think the solution is just to go faster by five or ten seconds, it’s to actually let the cars get closer and give the teams more opportunity to challenge others. So I want to see it more mixed in the future.” 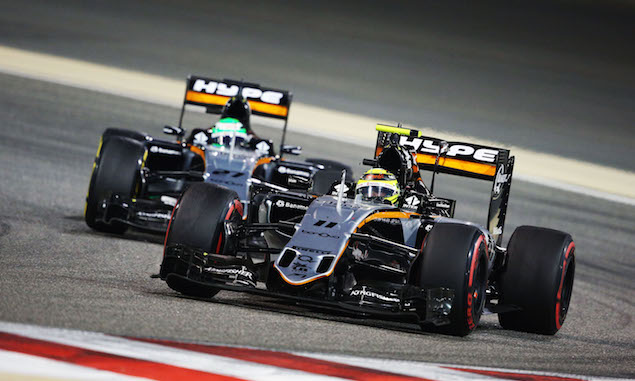 With better racing one of the drivers’ key focuses at present, you'd be forgiven for thinking F1 is a bad place to be and none of them are enjoying their job. Despite recent developments, Perez - who says he has been enjoying the races over the past few years - believes the focus should remain on what has been some exciting on-track action.

“No, I think we shouldn’t put a lot of attention in to [off-track matters] and not get the fans too involved in the political side of the sport. Even as a driver to understand all the political facts is difficult. I don’t want the fans to be too concerned about it.

“Don’t get me wrong Formula 1 is a great sport, it’s one of the best sports in the world. Sometimes I get the impression that everyone is suffering in this sport, in Formula 1, but at the end of the day anyone who works here is working in Formula 1, in the pinnacle of the sport and it’s a great sport. It obviously has issues but it can be sorted out.”