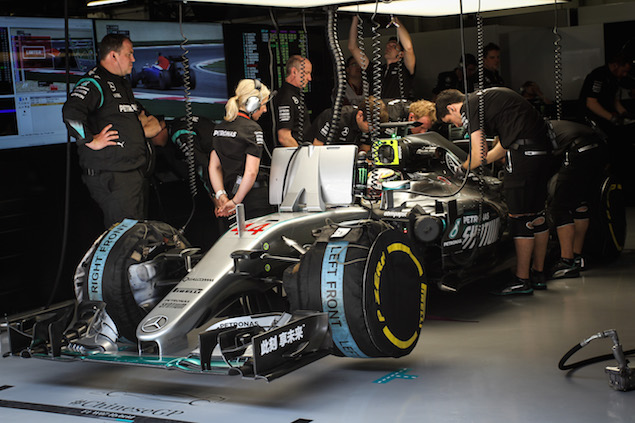 An F1 team’s garage is the heartbeat of its operations at each venue during a race weekend, where hours and hours of work takes place as the cars are prepared for each session, and the location where many key members of the team station themselves.

As a result, the garage is also a highly-sensitive area, where teams often limit access. Aside from team members, a select number of VIPs and sponsors are sometimes joined by camera crews and scrutineers.

On Friday morning in China, Mercedes opened up its garage to a small group of media in order to show the treatment its guests receive as well as allowing some extra insight into the working of a team at the start of a race weekend.

Guests are treated to an Epson augmented reality experience to deliver them with key information ahead of the session. It’s a futuristic approach which fits with the fact that Mercedes describes the W07 as “the most connected car in the world” as a result of 8 billion data points throughout the garage. 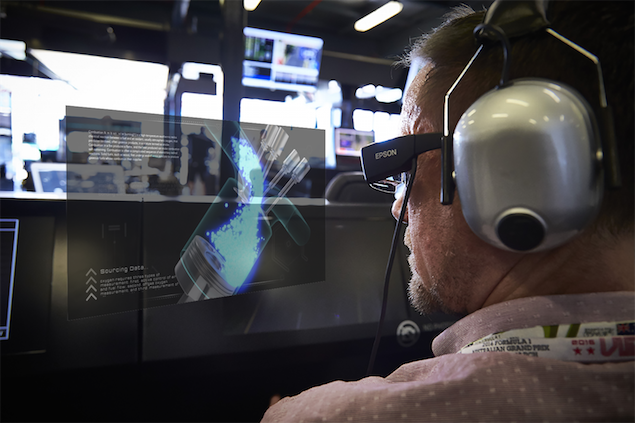 Mercedes introduced Epson’s Moverio smart glass technology at the start of this season, with the display running through the team’s history and personnel, as well as the layout of members on the pit wall. Users are also shown information regarding the fuel and power unit before the augmented reality is replaced by full reality when the session gets underway.

I’ll admit, it’s rare to be excited at the start of a day of practice - first race of the season or title decider aside - but the prospect of watching on from the garage was one that had me like a kid at Christmas. Following a spell of calm, the power units are fired up prior to the session before the drivers walk in and greet some of the team members before jumping into their respective cars.

Listening to team radio, it is a remarkably calm situation. A number of different channels lead to plenty of chatter across the radio when you’re listening to the full range of messages, but the drivers are privy to much less. Running through the radio checks and recapping run plans, both drivers sound extremely relaxed as they prepare to do the part of the job they love - driving the car.

When the two cars leave the garage, each crew begins work preparing the garage for the time they return. The drivers are quickly delivering feedback - commenting on the W07’s handling and suggesting changes - while the engineers respond with ideas which could address the negative points being raised. 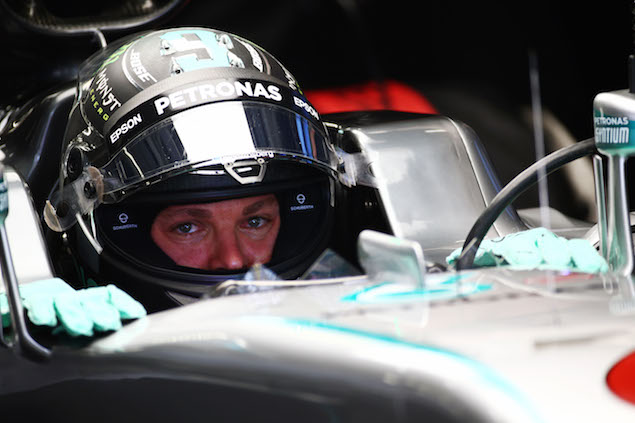 Hamilton struggles with some low speed handling problems, spinning twice in the session. When back in the garage and discussing changes with his engineer - asking what would be a good fix - the triple world champion is told his team-mate is reporting similar issues. As part of an attempt to try and keep the garage as united as possible, team boss Toto Wolff swapped which car key crew members work on this season.

As FP1 sessions go, China saw a fairly dramatic one. Felipe Massa’s left rear tyre failure left debris on the track at Turn 6, information which was all supplied calmly to the drivers. What is striking is how focused each team is on its own job list, with Mercedes barely breaking stride other than to briefly mention where Massa went off and then continuing with its schedule.

Both cars are on track when the Virtual Safety Car is deployed - “keep the delta positive” is the instant radio message to the drivers - leading Rosberg to question whether it is worth staying out on his current run as marshals attempt to clear the track of debris. The decision is soon taken out of his own hands as Charlie Whiting opts to red flag the session and both crews spring in to action. An immediate response follows to prepare for the earlier than planned return of the cars, with every team member clearly fully prepared for such an eventuality. 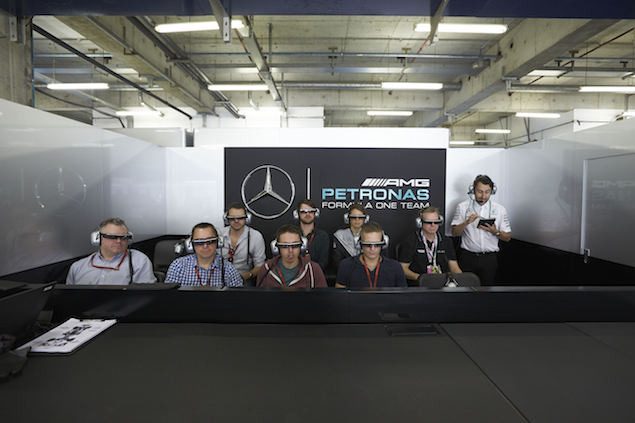 As an avid F1 fan there is just so much to take in and enjoy, but for guests who do not get to spend every other weekend at races the augmented reality helps provide answers to some of the more regular questions. During the session, users can learn more about the drivers, see live timing and recap team information all via the smart glass technology.

The plan is to develop further to give even more contextualised content, with users able to simply look at the car or areas of the garage in order to learn more about it. Moving forward, Epson is looking into the possibility of aiding engineering communication within the team and even supplying the technology for fans.

Epson admits its first focus is to use its technology to help team performance, but investigating where it can be used to bring fans closer to F1 is exactly the attitude the sport needs from its partners.

From the cockpit: Felipe Nasr on Sauber's Chinese GP