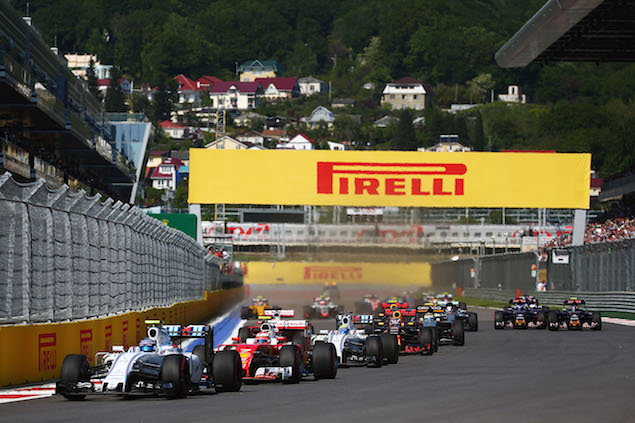 Valtteri Bottas
"The beginning of the race was pretty good and we managed to defend against some of the quicker cars behind. I think being aggressive with the early pitstop was good but unfortunately the cars with more pace managed to get through, and at the end of the race there wasn’t much happening for me. All-in-all the team has done a good job this weekend. It’s positive to get a lot of points for Williams. There’s definitely progress, this is a good track for us so that helped, but we just need to keep improving. I definitely had more in mind today than fourth so we need to keep pushing."

Felipe Massa
"I think it was a very positive weekend for us and a very positive race. I would have loved to finish fourth and not fifth, but that’s just part of the game so I’m happy with the result. We managed to score a lot more points than Red Bull, and that’s the target for us right now. They have a very good team and a very good car, but we need to keep believing. This weekend was a very good weekend so we need to keep fighting like that. I think for the team the best position was fourth and fifth. Valtteri was able to manage the tyres better here, whilst I was able to manage them better in China. That’s the way it goes, but today’s result is very good for Williams."

Rob Smedley, head of performance engineering
“It was a good race, and it was a really good weekend. Every day we got our heads down and have done what we needed to do. The car performance is going forward, even in race trim today. We had improving pace against Ferrari and Mercedes and that’s what we need to keep heading towards. I think our pace against Red Bull this weekend has been really good; they’ve had a bad weekend and we’ve absolutely capitalised on that. Felipe’s tyres were degrading a bit towards the end so we made a precautionary stop and let him run on the supersofts again, as we had enough of a margin to easily stop him and retain fifth. The race played out just as we expected it to really, so it was very good from that point of view. We’ve gained 22 points over Red Bull and Toro Rosso, so that’s really good, and third is well within our sights now; we just have to keep heading towards it. As I’ve mentioned before, we’ve developed the car a lot, but we need another two or three tenths, and we just need to keep developing it, in all areas. Nobody is free from finding performance in Formula One, and certainly not at Williams, but I think we got the most we could have done out of today.”

REPORT: Rosberg eases to win after Kvyat takes out Vettel

AS IT HAPPENED: 2016 Russian Grand Prix