After Nico Rosberg’s fourth win of 2016, F1i looks back at how the Russian Grand Prix unfolded and gives each driver a rating out of ten 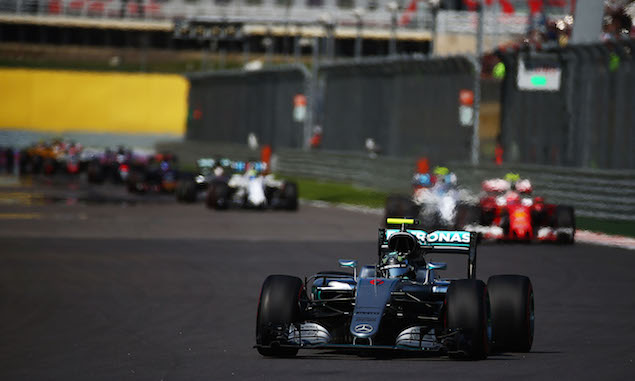 Probably the lowest winning score in a while, but Rosberg’s own team radio post-race was a sign of how he didn’t need to drive well this weekend to win. Mercedes was so dominant that only team-mate Lewis Hamilton could challenge him, and as soon as Hamilton failed to start Q3 the championship leader had pole position wrapped up. Made a good start in the race but was slow in traffic and Hamilton was consistently erasing a 13-second gap until further reliability issues ensured Rosberg had a clean run home. Did little wrong, but had to do little right.