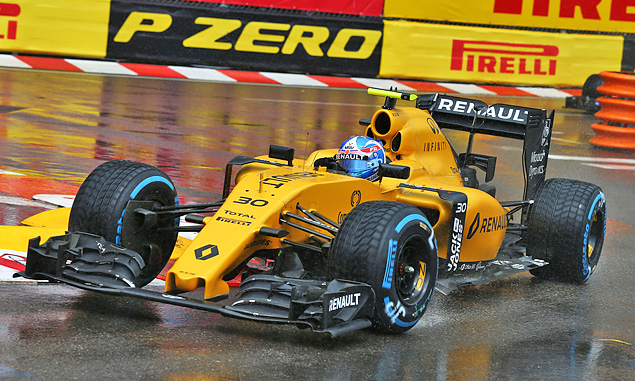 Kevin Magnussen
"We had a good start to the race and made a really good strategic call to change to the intermediate tyres just after the safety car. We were the only ones to do it so early and it was the right decision. We were in a good position as a lot of people were still to pit and we gained a lot of places. Unfortunately, Kvyat just lost his mind and crashed into me and that was effectively the end of my race. We did continue and made an early change to slicks as we had nothing to lose, but ultimately I hit the wall and damaged the front wing. We were several laps down at that point and the car had been in the wars so it was safer to retire. It’s a shame we didn’t have a good weekend as we were very optimistic for the race. Now we have to shift our focus to Canada and have a better weekend there. Montréal should be a stronger track for us and should play to the strengths of the updates for the car."

Jolyon Palmer
“The traction was appalling after the safety car and I got caught out. I had wheelspin in fifth gear on the white line that crosses the track. There was nothing I could do – I was just a passenger and went straight away into the wall. It’s so difficult as we know that the white lines are slippery but they are everywhere. I’m disappointed as I love this track and it’s been good for me in the past. But I’m now looking forward to Canada and putting this weekend behind me. Monaco hasn’t been good to me this year so we need to move on to the next race and look for a better weekend.”

Frédéric Vasseur, racing director
“It was a tough weekend for both cars. Jolyon’s race ended on the straight as soon as the race got underway. He had a pretty serious shunt, a fast one, and that put an end to his day; there was nothing to be done. For Kevin, he asked to swap to intermediates pretty early in the race which was a good call, despite suffering from being in traffic for a while. His race effectively ended thanks to the incident with Kvyat which is a shame especially as there may have been something to be done from where he was ranked as we had a strategy that was slightly out of step from everyone else’s. In any case, we’ll go lick our wounds and move our focus to Canada.”