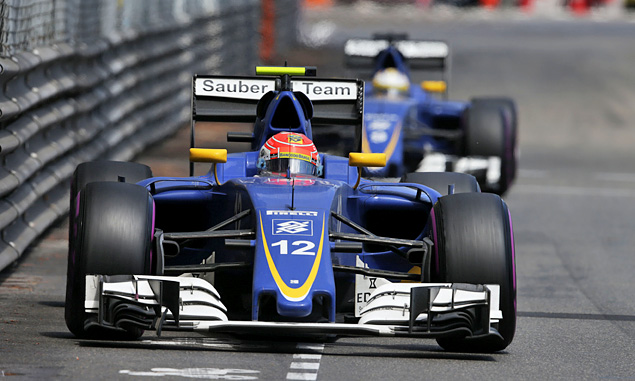 Marcus Ericsson
“A very disappointing end to the race. We had taken a bit of a gamble, so I was first to pit for slicks. It worked out, but it was not ideal as I was caught out by blue flags. I had to go off the line and let other drivers pass, which meant I struggeled to get the temperatures up in my tyres. When the tyres started to work, I caught Felipe, but got stuck behind him. I was told that Felipe received a call via the radio. Then I saw a gap and tried to overtake him, but we all saw what then happened. It is a difficult situation for us, and it is even more important to stick together as a team in these times. I apologise, and I am sure that this will not happen again in the future.”

Felipe Nasr
“It is a shame that neither of us finished the race. It is the worst scenario that can happen for us as a team. Marcus and I were on different strategies, so his second pit stop was earlier than mine. My tyres started to get up to temperature, and I was catching the cars in front. For me it was not the right timing to swap positions. Suddenly, in Rascasse I felt my car being hit. It is surely disappointing for everyone as the whole team works very hard. I apologise for what happened. We need to make sure that this will never happen again.”

Monisha Kaltenborn, Team principal
“It was unacceptable behaviour by both drivers. Today the work of the whole team ended in a collision. Marcus and Felipe both know how much work is put into every race weekend. They have the responsibility to make it to the end of the race. After evaluating the overall situation, it was important to bring the fastest car as far as possible to the front, so that we were able to used any chances. Our decision was based on the data from both cars. After this, we have clarified the situation internally and both drivers are aware of their responsibilities. Such an incident will not happen again. I also want to say a word to our previous driver Sergio Pérez and Force India: Congratulations on the third place in Monaco.”