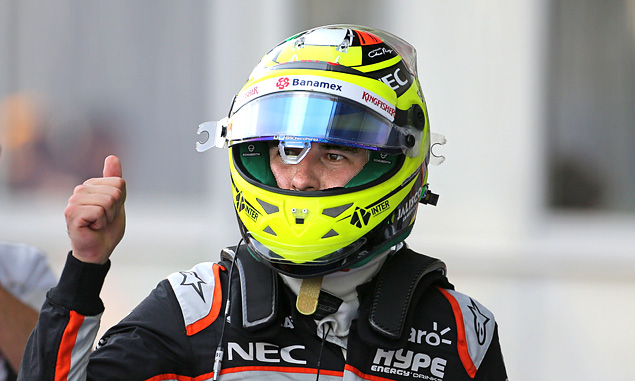 Nico Hulkenberg
“A very disappointing qualifying session for me. The car has been quick this weekend, but starting from P12 means we’ve got a big job on our hands tomorrow. The main problem in Q2 was spinning on my first run because I was on a mega lap that would have easily put me through to Q3. I just lost the rear at turn 16 and spun. Because I had not set a time yet, it meant I was under pressure and it all came down to the final few minutes. Unfortunately I had some traffic on my second run and I just didn’t feel the same grip with the car – and that’s how quickly things can slip away from you. It’s very frustrating and annoying because the car has good potential and we should have been much higher up. So it’s a bitter feeling, to be honest, but I’m determined to make up the lost ground tomorrow.”

Sergio Perez
“That was a special qualifying session. In Q3 I did one of my best laps in Formula One – maximising every corner and kissing the walls. As a team it’s been a very strong performance. At the same time I’m still angry with myself because of what happened at the end of final practice and the grid penalty for the gearbox change. I should be starting from the front row of the grid, but I now have to drop back to seventh. Tonight I need to try and clear my mind, put that frustration behind me, and focus on moving forward in the race. I need to say a big ‘thank you’ to my team for the amazing job they did to fix my car in time for qualifying. I hope I can give them a special result to celebrate tomorrow. It’s not going to be an easy race because the track is so challenging and it’s easy to make mistakes, but at the same time this can open up opportunities to make up ground. I still have a good feeling about the race.”

Robert Fernley, Deputy Team Principal
“It’s definitely a case of mixed feelings today. We’ve shown great pace in all practice sessions and we should have realistically aimed to have two cars on the front two rows, but for various reasons we will be starting in P7 and P12. Sergio’s performance in qualifying was spectacular. He delivered strong laps when it mattered; didn’t put a wheel wrong and finished the session up front. Unfortunately, the penalty we will suffer for the gearbox change shuffles him back to seventh, but I have no doubt he will make up positions during the race. It was very disappointing to lose Nico in Q2. He made a mistake on his first attempt, spinning when he was on a very good lap, and sadly he wasn’t able to make it into the top ten with the final run. It’s a big missed opportunity for us today, but Nico has been quick all weekend and can make up ground tomorrow. The important thing will be to keep out of trouble in the first few corners and make the right calls to make sure we finish where we should.”