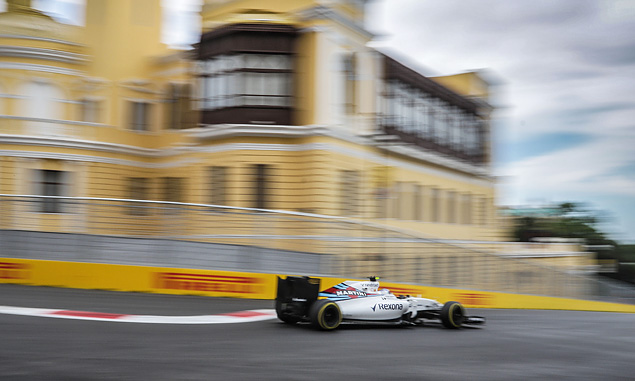 Valtteri Bottas
"I think we were unlucky today. Missing FP3 definitely made qualifying more difficult. It’s hard to say how much it affected us, but I don’t think our pace was too bad. I didn’t put a perfect lap together in Q1 or Q2, so I think to get through how we did shows that we had good pace. Q3 was tough because I was heavily affected by traffic on both of my runs and I think there was definitely about half a second to be found in the car. For tomorrow, we have a good race pace so I’m sure we can have a good day."

Felipe Massa
"I’m happy with the result in qualifying. It was much better than I was expecting because I had been struggling with the car all weekend. In qualifying, I was able to improve the way I was driving and improve the car at the same time. We were a little bit lucky at the end of Q3 because I managed to set a time before the red flag, but this is part of the game. I’m still not one hundred per cent happy with the balance and I made a little mistake in the last corner, so it could have been maybe two tenths quicker. I hope we can have a good race tomorrow but it will be very tough, this track could be one of the most difficult to finish. We’ve seen only half the GP2 grid finish their race, so we need to be very clever with everything that could happen tomorrow."

Rob Smedley, head of performance engineering
"When you look at how good we were yesterday in similar conditions, this is a little disappointing. Valtteri missing FP3 had an impact on his qualifying potential, having missed 25% of the practice time. FP3 is when we get the cars set up for qualifying, so it was a disappointing that he was still having to learn in those sessions. Then his laps were affected by traffic and yellow flags, as were Felipe’s as well, so it was very difficult. I’m sure Valtteri could have been in the high 1:43s, that’s about where he’s been all weekend, and he should have had the legs to get in front of Red Bull. Qualifying was not ideal but we had good pace in the long runs on Friday, so we just need to convert that tomorrow in a race where we should be able to make a good deal of forward progress with both cars."