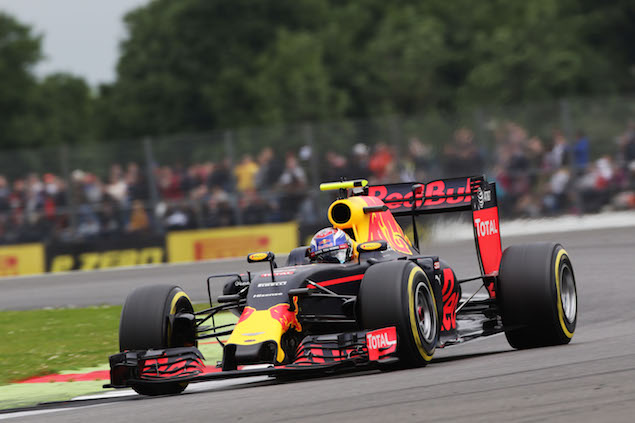 Daniel Ricciardo
“As a team result it was definitely important to get the second row lock-out. That was our target and we got that so I think we look good for tomorrow. It’s cool to have both of us in front of the Ferraris. I knew this would be a pretty big fight with them here and we managed to at least fight the Qualifying battle so we’ll try and keep them behind us in the race tomorrow. Obviously, I would have preferred third rather than being fourth but that’s how it is today and tomorrow we’ll aim to go better and as good as we can. It’s going to be cooler tomorrow and you never know what’s going to happen, but I think we’re pretty confident where we sit. The two Mercedes will probably fight at the front and behind them it should be a good battle. For sure Ferrari will give us a bit of a run for our money, so there is definitely that third spot up for grabs. You’ll definitely see a race tomorrow.”

Max Verstappen
“I think the whole weekend we have been pretty strong and that resulted in a really good Qualifying, the best of my F1 career to date and definitely the best we could do today. Sometimes I have been very unlucky in Qualifying but today has gone well and I was able to show my potential. From now on I will just focus on that and try to keep it up. I’m not focussing on trying to beat my team mate, the points come from the race so that is the important part for me. Silverstone is a great track and I always enjoy driving here. Going through Maggots and Becketts the car is fantastic, no oversteer, no understeer; it feels so nice going through those corners. The car has been performing brilliantly all weekend so I’m looking forward to the race. Hopefully we can maintain this position, it will be important to try and keep up and also keep fighting behind. If it rains we could be a lot closer to Mercedes but if not then we’ll try to just keep position and we will be very happy with that.”

Christian Horner, team principal
“A fantastic Qualifying session for the team, to lock out the 2nd row in tomorrow’s grand prix at Silverstone, our local race, is very satisfying. It’s a testament to how smartly all the team are working. Max put in a tremendous lap on his first run in Q3, and the wind seemed to pick up with not many cars able to improve their times, but Daniel came through just a few hundredths behind. To start from third and fourth on the grid in front of our factory staff, who come here to support and see their cars in action, is a real fillip as well as giving us a very strong starting position for tomorrow’s race.”