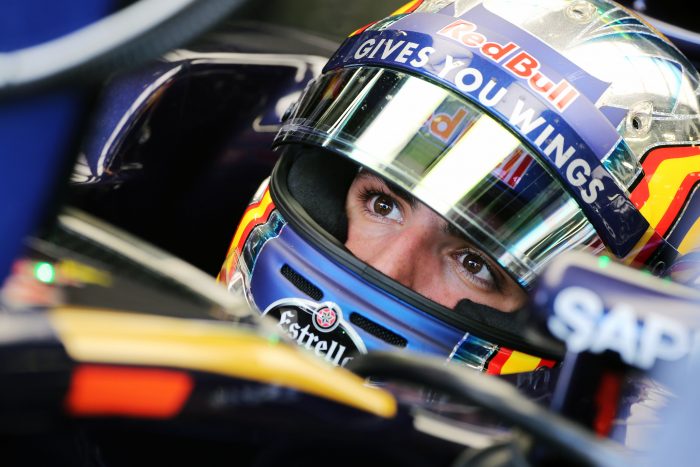 Carlos Sainz
“I’m extremely happy with today’s qualifying result, especially after having had quite a tough Friday yesterday. We stayed until late last night to analyse all the data, we made a few changes on the car and today I felt very comfortable – we found half a second of performance that gave us the opportunity to fight for Q3. It’s incredible how tight the midfield is, but I did a good lap, managed to get that extra tenth and be the top car of the midfield teams. To start from P7 tomorrow is a great achievement for the whole team and I like to thank everyone for their constant hard work. We definitely needed a good qualifying after three comebacks in the last races! Tomorrow we start in a very good position, on the clean side of the grid, and hopefully we can keep going forward - it will be a tricky race for us as the cars around us have better pace, but we will definitely try to beat our competitors and fight for as many points as possible.”

Daniil Kvyat
“How frustrating! I was held up by Magnussen from Turn 13 onwards during my lap in Q2, so my qualifying was unfortunately compromised… It would’ve been interesting to see what my lap would’ve looked like without this happening, but we were just stuck behind him. To start from P15 is disappointing and not what we were expecting, but the pace of the car isn’t bad so hopefully we can do a good race tomorrow.”

Phil Charles, chief race engineer
“We had a mixed day yesterday regarding our performance – we expected to be reasonable here, as it’s a good downforce track with many high-speed corners – but yesterday we clearly had some balance issues in low-speed corners which were badly affecting us, but we seemed competitive everywhere else. We therefore needed to think very carefully overnight and in fact we made a very significant number of set-up changes on both cars to try and address this low-speed problem. I think that this morning it seemed to work reasonably well – not 100%, but it certainly got us into a better situation that we were yesterday and we seemed to be generally better. Carlos was certainly much happier with his car, while Daniil was generally happier, although we still had a few more steps to get it to get the lower speed balance to where we wanted it for him.

"In Quali, Daniil didn’t have such a good initial lap in Q1, and as the session progressed the track evolution was quite strong, so we needed to send him out twice in the end on the Soft tyre to make sure of a place in Q2. His confidence was building as the session went on. During his final run of Q2 he was looking good and took quite a big step in lap time – his second sector was a lot better, picking-up a lot of confidence in the balance of the car – but towards the end of the run he got massively blocked by a slow car that added more than half a second onto his lap-time. We are very frustrated about that, as this type of thing shouldn’t happen in qualifying. The lap time prediction was right on the edge of Q3, so we will never know where we could have got too, but it was definitely a much better lap than his previous ones, it’s a shame as we lost Danii’s best lap due to that. Regarding Carlos, he got through Q1 with only a single run as planned. His Q2 was also good and I think the lap-time that he got through to Q3 with was competitive and gave us some hope to fight for a reasonable position. We had two runs in Q3, but we did not get quite as much as we hoped out of them which we need to look into further at this stage. Having said that, it was good to get a car into the top 10 and we seem to have made the steps needed for our slower speed performance problems. Our race pace yesterday was much better than single lap pace, so the hope is that we can use that to good effect tomorrow and have a good race.”