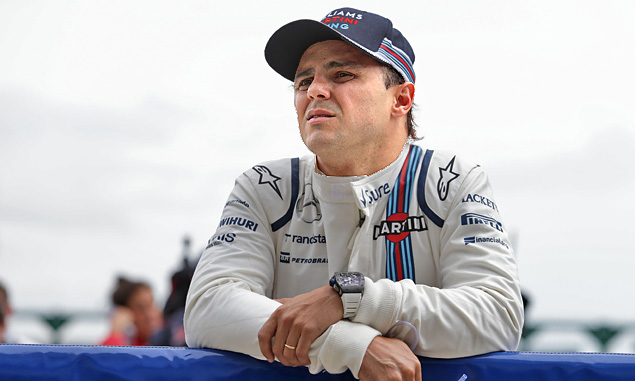 Valtteri Bottas
"I felt like I got everything out of the car today, which is always a nice feeling as a driver. I was hoping we could be closer to the front-runners. There is a little bit of a gap which we are working flat out for, so the thing to do now is to focus on the race. It’s a new day tomorrow and weather may play a part in the race, so if we can get our tyres to work better than in Austria, I’m sure we can have a good strategy for a good race."

Felipe Massa
"It definitely wasn’t a good qualifying for me today, because it was hard to make the rear tyres work in a way that wouldn’t lose performance throughout my lap. Unfortunately, I couldn’t put my lap together because of that. I was a little bit surprised because it’s not the first time we’ve had these issues with the tyres. Hopefully the car will be set-up in a way for the race tomorrow that the pace will be more consistent, because we need to try to make it work tomorrow."

Rob Smedley, head of performance engineering
"I think today’s qualifying was representative of our pace around here, although we expected Felipe to be higher up the order to have both cars in the top ten. Qualifying seventh and 12th is not where we want to be, we simply need to fundamentally improve the car now. The car itself is reasonably well balanced around here and we’ve tried lots of different tyre experiments to ensure that we extracted the most we could from it, as Valtteri did. Looking forward to tomorrow, we’ve got Valtteri in a decent position. I think our long run pace was reasonable on Friday so I’m quite happy about that. We’ve just got to try and push forward with both cars. We have some strategy options with Felipe, given he will have a free choice of starting tyre just outside the top ten, so we’ll see what we can do to challenge for some good points tomorrow."