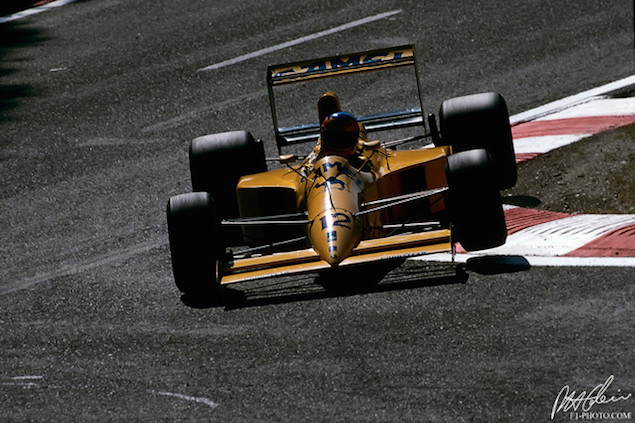 I gather you’ve still got that cheque for £40,000 framed on your wall. (the cheque was a retainer to continue with Lotus in ’91 as lead driver, with a young Mika Hakkinen as his team-mate.) And I gather the only time you actually shed some tears over what happened to you was when you realised you would never race an F1 car again.

The reason I limp is that, because I’d burst an artery in my leg, they couldn’t move my leg and the blood and gunge inside formed a sort of superglue and stuck the muscle to the femur so that the muscle could no longer slide, so I couldn't bend it. I was on a CMP (constant passive movement) machine for weeks, it moves your leg for you. When I saw the surgeon, Brian Roper was his name, I asked if they could operate again and pop the muscle off, but after the operation, he told me had some bad news for me. “Both myself and my colleague jumped on your leg and we broke the lower part of your leg again,” so I had to have that back in plaster. He said ‘that’s it, it’s not going to happen for you. I went to Willy Dungl’s for 13 weeks of therapy and pain seven hours a day. After that and umpteen operations in England, for someone to say to you, “it’s not going to happen,” through no fault of your own, that’s a big pill to try and swallow. I thought he knows his medical stuff but he doesn’t know Martin Donnelly, he doesn’t know the resolve of Martin Donnelly or indeed of any of the F1 drivers. I told him I would prove him wrong and I went back to Dungl and got stuck in. When I got there, I weighed just 53 kilos and I couldn’t remember how to walk.

When I came back to England I made contact with EJ (Eddie Jordan) because EJ said to me that if and when I ever wanted to drive one of his cars to give him a call. He might have been talking a bit of the old blarney but I called his bluff. Of course, EJ being EJ, turned it into one of the biggest sort of PR events at Silverstone. I drove the F1 car and I wanted to go back to Brian Roper and tell him that, even though he said I never would, I had done it. Unfortunately, he passed away before then. At the time, the extraction test meant getting out of the cockpit in 5 seconds and back then the cockpits were much smaller. Today it’s ten seconds, but that was back in another life and today, I have no feeling in that leg. If I stood next to a fire I wouldn’t know if it was burning.

And what about the feeling in your heart when you come to a Grand Prix these days?

I’m still involved, I raced in a Lotus series and they’re good social weekends. The fact I can’t race in F1…and it’s not until you get outside the walls of this paddock, that you realise there’s a life out there. You ask these modern drivers the price of a pint of milk or of a stamp and they couldn’t tell you. There is a life out there, I’ve got three wonderful kids, I’m still involved in the sport I love and I still race. I was always upsetting my colleagues and other drivers as I was coming up through the ranks and that carries on today, making myself unpopular with driver reprimands as an FIA steward But in a nice way!

Clearly from this conversation, safety in motor sport is a key topic for you.

It’s not a blood sport, it’s a sport like football, rugby. It’s meant to be an enjoyable family day out, not a day to watch people lose their lives and, not just in F1 but in motorsport in general. We have to make it safer, whether you’re racing a Mini, a Formula Ford or Saloon cars, it’s only by the grace of god you come out unscathed. Of course you can take measures, but somewhere along the way, somebody is going to get hurt and I myself am a testament to the work done by the FIA and the GPDA that they get it right more often than not and sometimes they need a wakeup call to look in different directions. The halo will come because it will save lives and when it does, those doubters and critics will have to eat a large piece of humble pie. 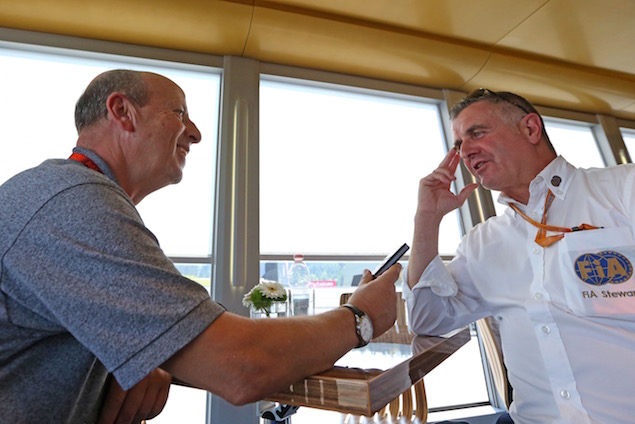