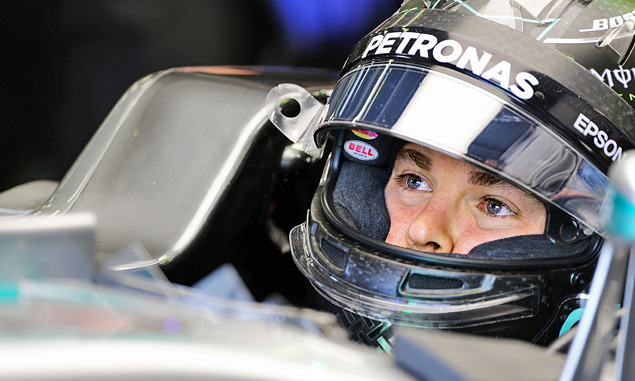 It’s lucky the majority of people can’t remember which side of the winner the second and third place drivers stand on the rostrum, because when in years to come we dig out a shot of the 2016 British GP podium, it won’t matter that the final result inverted the positions of Nico Rosberg and Max Verstappen.

What you can’t see in the photo is a race horse called Radio Ban contentedly munching grass in the paddock, while the Mercedes team busies itself with trying to close the stable door. Once again Formula 1 seems to have shot itself in the foot by not applying enough thought to a perceived problem before coming up with a stupid solution. Once the new rules are in place, the next step apparently involves ignoring it all with a head-in-the-sand attitude, until something like Rosberg’s gearbox problem arises. Perhaps the horse is not alone, maybe he has an ostrich for company.

Even with my appalling memory, I can remember the fiasco of the new qualifying format in Round 1 in Melbourne, although I cannot for the life of me recall what it was meant to achieve. I do remember that even the most junior of team strategists was predicting the awful outcome before the season had even started. The history of F1 is peppered with ill-conceived rules introduced on a whim or as a knee-jerk reaction to some cataclysmic event. The fact that stupid regulations are drawn up is a risk in any sport and in ours, it has currently delivered a formula that is part Economy Run, part tyre management exercise, all accompanied by an uninspiringly quiet soundtrack. The cars might be technological marvels, but so what, so is a mobile phone. If the teams weren’t prepared to tough it out with the FIA over the fundamentals of the sport, then it’s hardly surprising they didn’t stand their ground when it came to the seemingly trivial topic of radio messages. 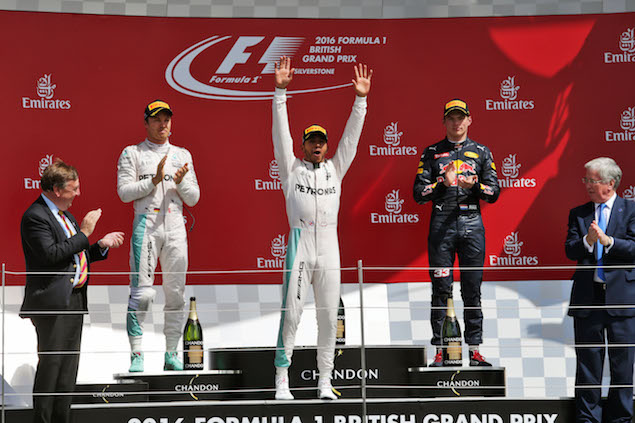 But if you need to tell a driver he’s about to suffer brake failure, that’s hardly trivial is it? If you’re not going to trust the 22 “best drivers in the world” to do a couple of sighting laps prior to last Sunday’s British GP to work out where the standing water is and then let them race off the grid, surely you need to allow teams to inform a driver of some catastrophic failure.

In case you’ve forgotten, a ban on certain radio messages was proposed as early as 2014, on the basis that far from being seen as “the best drivers in the world,” the F1 drivers were coming across as a group of dunderheads, who didn’t know where to form up on the grid, couldn’t work out that drops of water on their visors meant it was raining or that sitting in another guy’s slipstream for lap after lap would cause their engine to overheat. Other messages which really do not deserve to be heard in a Formula 1 Grand Prix would in my book include the ubiquitous “keep pushing,” along with “you’re faster than him,” “you’re going to have to try and overtake him,” “you really need to look after your tyres” and “don’t forget to have a drink.” 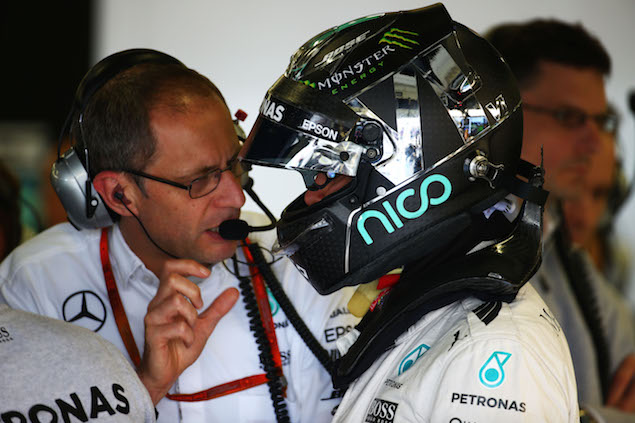 So why did the rule-makers go from there to banning other more technical messages that, if anything, made the race more interesting for the viewers? Who knows, although the fact the rule makers live in ivory towers not race control towers has something to do with it. A modern F1 car is far too complex for the driver to be aware of everything that is going on around his cockpit. In the past, you didn't need to tell a driver his brakes were going to fail, because he could probably feel the pedal getting longer or the system just not working properly. But also in the past, my father used to start his Morris Minor by putting the wheel nut brace through a hole in the grill and turning the engine over manually. In more recent times, an F1 driver would indicate he was ready to start his car by sticking his arm in the air and rotating his hand. But today, no driver is entrusted with the complex process of firing up his engine, because it involves more computing power than was used to put the first man on the moon. If we look at the specific Rosberg gearbox problem which involved avoiding 7th gear, then again, in the old days, a driver would find he couldn’t get a particular gear and would simply complete the race by not selecting it with his gear stick… Sorry, I went all nostalgic there for a moment.

It’s taken until Race 10 of the second season in which certain messages are outlawed for a radio rule penalty to be applied, so now teams have an idea of what’s involved; 10 seconds in this case and they’ll be factoring in taking a penalty next time they have a problem. Maybe the rule makers will take another look and come up with some less draconian regulations to be introduced as soon as possible. That would be good, but it would have been better if the team bosses had taken time off from their busy schedules, (my lawyer says that phrase works better than “sitting on their backsides”) and had produced a joint and reasoned argument against the radio ban rules in the first place.

Who is driving when in the 2016 Silverstone F1 test