No excuses for the fact that most of the best quotes of the British Grand Prix come from that man Lewis Hamilton, the undoubted star of his home race 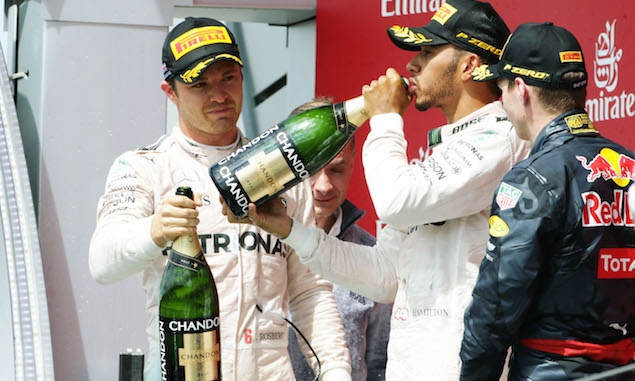 “We don’t get much booing here.”

Lewis Hamilton clearly needs to have his ears syringed as the British “fans” disgracefully booed Nico Rosberg twice on the podium. Clearly, sportsmanship is yet another casualty of the new UK.

Talking to his own website, Bernie Ecclestone dares to say what everyone in the sport knows about why the Italian legends are struggling right now.

“Lewis, when we spoke to you, you were very interested in “Peace”, and right now with all the media that’s going on, how can we spread peace. Would you like to come with us to the Nobel Peace Prize in Norway?”

LH: “That sounds pretty cool. I’ve never been invited. Is it a good gig?”

Always difficult when the “journalist” understands as little about his own question as the person who has to answer it. 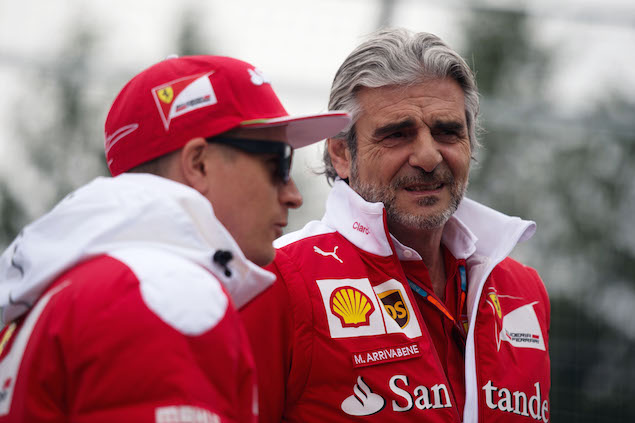 “We confirmed Kimi because first of all he deserves it. Having said so we are looking for the interests of the team and the interest of the team was not looking for another driver but concentrating on car development…We turn the page and we look forward to work very hard where the problem is.”

If, like Ferrari Team Principal, Maurizio Arrivabene, you are asked why you have re-signed a driver, it’s probably best not to end your answer by saying you are going to work very hard to see where the problem is.

Daniel Ricciardo talking to BBC Radio 5 Live. One just hopes he didn’t know that “bags” is an old slang term for trousers.

“I personally think we could have started on the grid – but for sure there were patches all over the place and it would have been tricky – but that’s what motor racing’s about. But then we did stay for sure out far too long. … there was more water on the track when we started in 2008 when we started from the grid, that’s why I say that.”

Lewis Hamilton expresses the views of many re that safety car start. After all, it robbed fans of the most exciting moment in any Grand Prix. 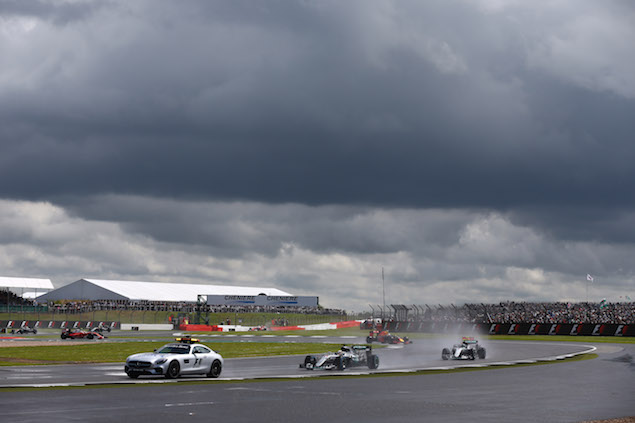 “…we trust our team and trust our car, so there is no reason to panic and to turn the world upside down.”

After a dismal British GP, was Sebastian Vettel tidying away the deckchairs on the Titanic or was he deliberately trying to avoid the usual Ferrari mid-season night of the long knives, when the Italian team traditionally goes for some sort of disastrous reshuffle of its personnel?

"His race craft is spectacular. The way he positions the car, you can see that if there’s a good car underneath him he’s able to pull off a great fight.”

It’s rare for a team boss to praise a driver from another team, but Mercedes’s Toto Wolff was not shy about giving an opinion on Max Verstappen, after the Dutchman pulled off a thrilling move - the move of the season? - on Nico Rosberg round the outside at Chapel corner.