A break and a return with Lotus 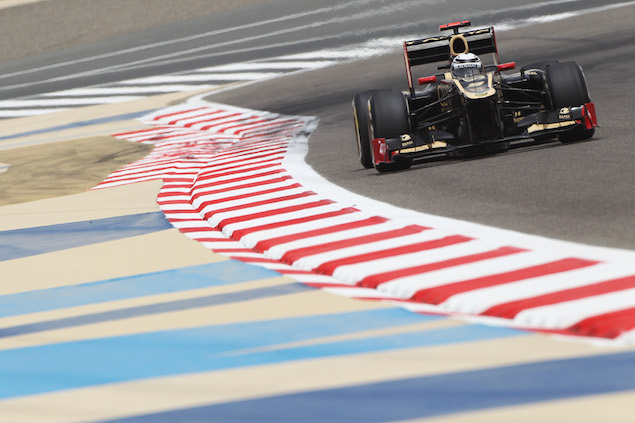 Having already enjoyed nine consecutive seasons in F1, Raikkonen took a break and went to compete in other motorsport categories - mainly rallying - for two years. He had only experienced one year of new aero regulations when he left, and in a less competitive Ferrari than he had been used to.

Returning to F1 two years before the V6 turbo engines were introduced, Raikkonen had to adapt to another new team in the form of Lotus, and a new tyre manufacturer in Pirelli. It’s a period he feels improved him as a driver, as he had to learn additional skills on top of his raw driving talent.

“Obviously I had my doubts because I hadn’t driven for a few years in F1 but I also knew more or less how it’s going to be,” Raikkonen says of his return to the sport. “Every year there are rule changes, this and that, tyres change, but I was pretty sure that as long as the front is somewhere there with the car we’ll be just fine with it.

“When I drove a two-year old car - the first Lotus - with the demo tyres in Valencia it felt good straight away. There were some issues we had to fix with the steering and stuff, some minor details, but it felt very normal from the first lap. So I think it was a good place to start. In Valencia I haven’t done too many laps in my life because it’s a short circuit and not the fastest circuit but after ten laps it felt very normal and I knew it would be just fine.

“Then there is a question mark over how is that year’s car comparing to the others, but when I came back I didn’t have many worries. OK you always have something in your mind about how it’s going to be but I would never have signed a contract if I didn’t think that it would be fine. One big benefit that I felt was that I was driving all the time, I was racing and in the rally - whatever people say - it teaches you a lot. Even when I did rallies in 2009 with Ferrari I felt that it was only helpful.

“Obviously there are dangers and stuff like this but you can get hurt anywhere so I think it teaches you a lot because you have to be so precise and concentration has to be even higher because you have to listen all the time. It’s not just listening but driving too, so you have to mix a few things and until that gets completely normal to the point you’re not thinking about it you will never be fast enough.

“I could be as fast as the others on test roads because you know it and it’s not an issue. But then to do it from the notes - and you have to build the notes up - I felt that it teaches you a lot. And it helps for sure to be driving because it’s a very hard sport, so that’s why if I was not doing anything for two years for sure it would take time but I felt like it was not such a big deal.”