Not only is he one of the most popular drivers on the grid and an F1 world champion, Kimi Raikkonen is also the eighth most experienced driver in history in terms of race starts. In that time, Raikkonen has raced V10s, V8s, tried his hand at rallying and is now trying to help Ferrari return to the front during the highly technological V6 era.

So what have been the big differences during his time in F1? And where are the big gains made which Raikkonen hopes will eventually see the Scuderia fighting for championships again in the near future? After signing a new contract at Ferrari, the Finn sat down with F1i to reminisce. 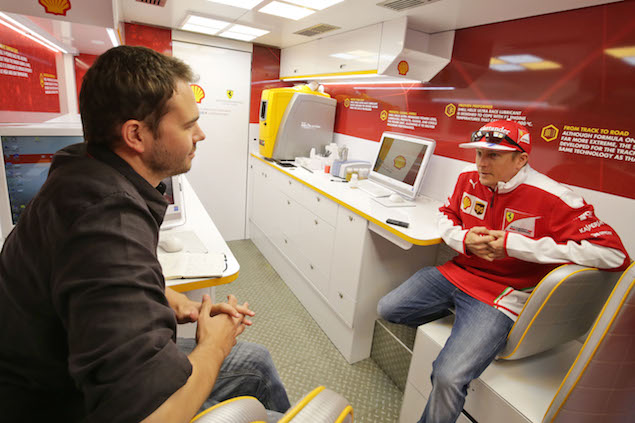 The Sauber and McLaren years

Raikkonen first drove an F1 car at Mugello in late 2000 as Sauber evaluated the quick youngster who had impressed during his debut year of Formula Renault. Then just 20 years old, Raikkonen admits he needed a day to adapt to grand prix machinery.

“I didn’t really have much idea because obviously I had never seen the car in real life - OK I’d seen them but not at the racetrack - apart from the day I went there and it was hard to know what to expect,” Raikkonen recalls. “I did Formula Renault, I did one test in Formula 3, OK it’s a bit faster than Formula Renault but not so much. The first test I did at Mugello, I was at the circuit earlier that year with Formula Renault but it’s a slightly different story with the F1 car!

“I think I went into it very open-minded because I didn’t really know what to expect so I just wanted to see how it is. Obviously it was a bit tricky because the conditioning for F1, my neck couldn't handle it - any other circuit would have been a lot easier - so I could do maybe three laps and then I would box and wait. Obviously at that time there was no power steering in the car so that was a bit hard.

“I didn’t feel that it was so difficult to drive, it was just more the speed, to get used to the speed. Everything happens much faster and obviously it takes a while to get used to how hard you can brake. I would say the first day was a bit tricky because of that, just because everything happens so quickly, but then already after the first night it was a lot like everything slowed down and got more normal like you would drive a Formula Renault. It just slows down and it’s so much easier. It was an amazing feeling.” 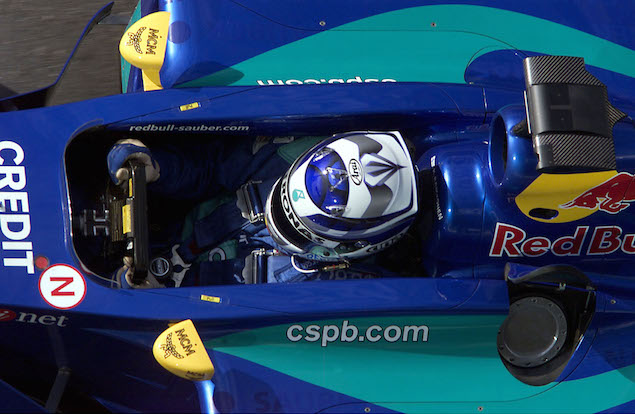 The move to McLaren came about just a year later, with Raikkonen having impressed in his debut F1 season. You’d think the change to a front-running car was a noticeable one for a young driver, but the Finn says his first F1 car was still a competitive chassis.

“In a way yes, but I think we had a pretty good car at Sauber. It wasn’t like a completely bad car and we finished fourth in the championship so it was not a bad car at all. They did the best with their budget. McLaren is how it comes, a big team and so many people, it used to be in their old factory and not where they are now. English and Swiss teams have slightly different ways of working to achieve the same results.

“Car-wise every car is different, but I think we changed to Michelins as well at that time so I think that was the bigger difference to try and learn the tyres from Michelin. So the car was hard to compare really. It’s still a top, top team comparing with Sauber, but it was like you’ve jumped from one year to another year, it wasn’t like a completely new thing.

“So it was exciting, nice and new but I didn’t really find it so hard. There was always a lot more help from the team because they have more people and more money to use so in a way things got easier because of that. And then with experience it was also quite a lot different.” 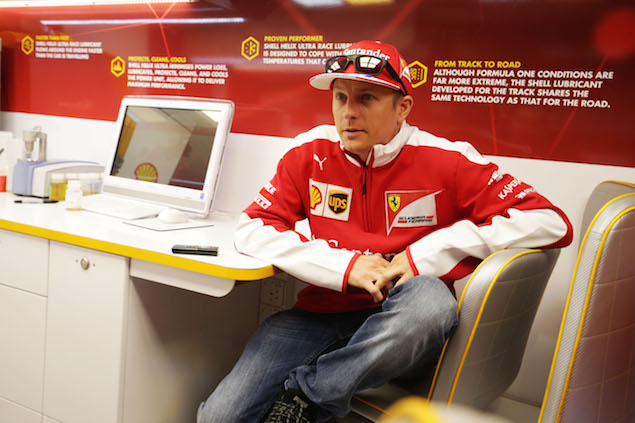 Sat in the Shell track lab in the Ferrari trucks at Silverstone, the surroundings highlight just how much more support front-running teams can get in F1 thanks to close partnerships. Raikkonen says those sort of details stepping up from Sauber to McLaren are what start to make a big difference.

“You have a lot more resource for the team to develop the car, engine, fuel, oil, everything. More so electronics because it was a big part of that time [in the early 2000s]. In Sauber we got the power steering in Monza I think and obviously it was quite a nice thing, but all the small details that can make a lot of lap time - the diff, traction control and stuff - even then we had all the gearboxes that you could have, but the upshifts and downshifts, if you have more people you can put into those things it can make up a lot of lap time.

“So in that way it was also easier because there was not the knowledge and not enough people to do those things [in smaller teams]. It was just more people but they are trying to achieve the same result in two different companies. So McLaren took me in very easily and I felt straight away good. I had very good engineers there and it was just a new challenge.”