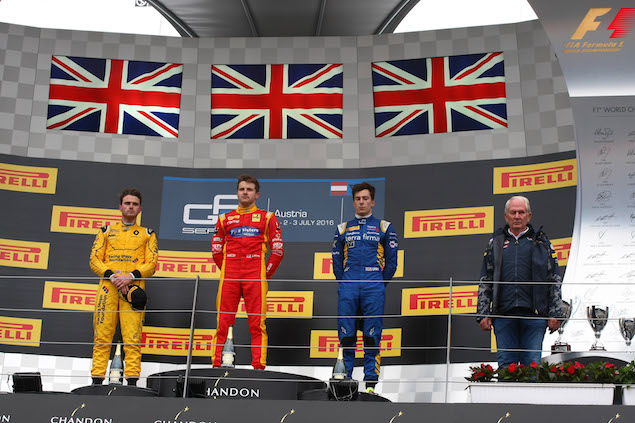 If you've been watching the Olympics from Rio, you will have noticed British sport is doing rather well for itself at the moment. Granted, the English cricket side missed out on the chance to become the top test side in the world at the weekend, and the football team was as frustratingly poor as usual in the Euros this summer, but aside from that...

In F1, Britain has had a world champion for the past two seasons, with Lewis Hamilton moving up the all-time winners list at some pace. But below that, the future remains bright as Sunday at Hockenheim saw a British winner in GP3 and GP2 as well as the German Grand Prix itself.

Following Stoffel Vandoorne's dominance of the series last year, this season's GP2 championship is wide open, with just 14 points covering the top five drivers and 41 points between first and ninth. In a series with a maximum of 48 points available over the two races per weekend, there are a lot of drivers who still harbour ambitions of winning the title.

Three of those top nine drivers are British, and they are affiliated with teams on the F1 grid as they look to follow in the recent footsteps of 2014 GP2 champion Jolyon Palmer in moving up. Here, F1i speaks to the three hopefuls - Oliver Rowland, Jordan King and Alex Lynn - about their racing careers, respective seasons so far and future aims.