Pascal Wehrlein speaks exclusively to F1i about his debut year racing in F1 with Manor, and how he wants to drive the team forward 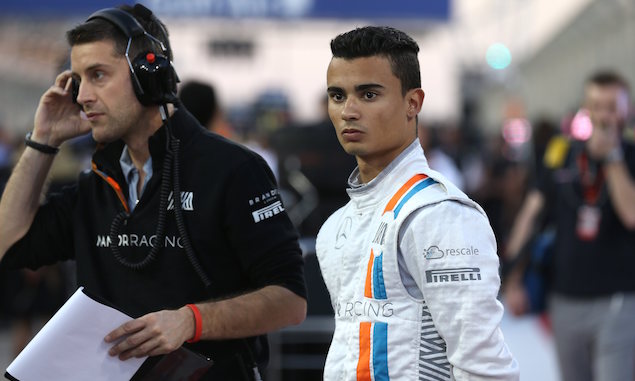 As an F1 rookie - especially one affiliated to a big team - your first season in the sport is generally supposed to be a learning experience and an opportunity to showcase your potential.

When Pascal Wehrlein was named as a Manor driver, you’d have thought that would be his brief. Mercedes wants to see its protege show he can handle the pressure of racing in Formula 1, and that he can transfer his title-winning DTM form across to the highest level of single seater motorsport.

For Wehrlein, however, he feels he has a much more important role as Manor starts to race competitively in the midfield for the first time in its history.

“So in the drivers’ championship I am in a very good position, I am in front of one Haas, one Renault and the two Saubers so I think in the drivers’ championship it’s a very good position,” Wehrlein tells F1i. “If it would be possible to stay there it would be great but the most important thing of course is to beat Sauber. That would mean a lot to the team, a lot of prize money for next year and then of course gets easier because you can hire more people because we are a small team.

“Everything will be easier if we have more people and with a better financial background we can improve the car much more and build something better than what we have this year. Hopefully we can stay there, it would mean a lot to the team and also a lot for me because I was in that position together with the team to make this happen. I think that’s one of the reasons I was here for this year, to help the team to grow and also for me to learn as much as possible.” 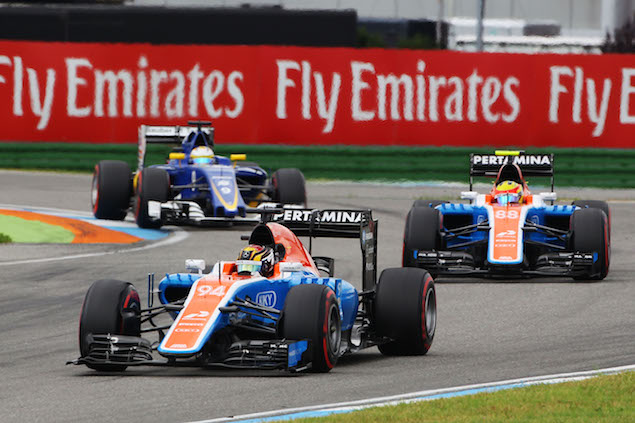 Helping an F1 team grow when you have yet to race in the sport is a big ask, but Wehrlein has extensive experience of the way Mercedes works, while he feels he also benefitted greatly from DTM last year. Coming from big, front-running teams to the smallest on the grid is a big change, but asked if it was a culture shock at all, Wehrlein replies: “No it was not.

“Of course the team is smaller than what I was used to having in DTM or even with Mercedes in F1 but that’s how it is. We don’t have so many people working in the factory but I think we are 140 or 150 people now and you forget we are doing a great job.

“I mean, Sauber has more than double what we have I think, and we always get the best out of the weekend for the last few races. Of course we could do a bit better here and there but overall I think we are in a very good position.

“We are in front of Sauber and I don’t think we could expect that because even last year and the years before the team was far adrift and this year is the first year we are really competitive and some races we are even in front of the Renaults. It's a much bigger team than we are, as is Sauber, and it’s great what we are doing.”

One of Wehrlein’s strengths is his calmness and maturity, with the 21-year-old admitting he had no expectations ahead of this season with Manor, having seen the team struggle so much in 2015.

“When you are used to winning races and championships and then of course your expectations are not to be last or second last. It was kind of what I saw from last year, the car was just not able to fight against other cars, so I didn't know what to expect.

“Of course I was hoping to fight against other teams but I wasn’t sure if it was possible. So I’m very happy that most of the time we are competitive, we can fight against Sauber, it always depends on the track if it suits our car or their car better.

“Even sometimes against Renault it’s like that, and then races like Austria were outstanding, so I’m really happy to be in the position we are now because it could have been a lot worse. To be honest I think nobody could have expected to be in front of Sauber in the team championship.” 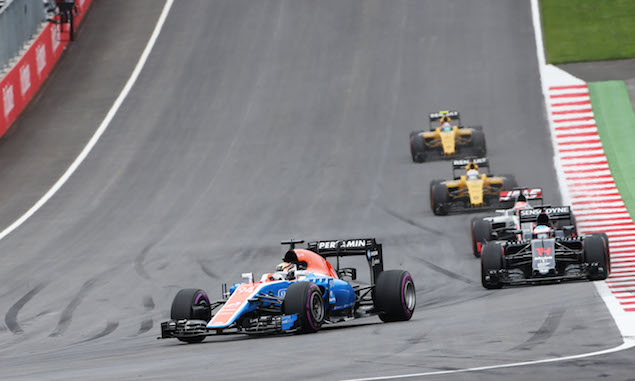 Having referenced his excellent tenth place in Austria on so many occasions, it is clear Wehrlein sees his competitiveness in races as a positive this season, and he gets that reinforced not only from Manor but from Mercedes as well.

“Of course after races like Austria and Bahrain everyone was happy and asking me if I can do the same every weekend! But they know the situation.”

While he may try to be modest, the German’s confidence - which is evident inside the car - takes over slightly when asked what he has managed to prove to both Manor and Mercedes so far this season.

“Difficult to say in my position. Nobody could expect the point in Austria, I delivered that and the feedback from the team was very, very positive. We are learning a lot as a team and my input helps the team to improve the car. We are getting along very well with each other so overall it’s very positive and the most important thing is we can stay in tenth position and we can improve our car for this year even more. Then the job is done.” 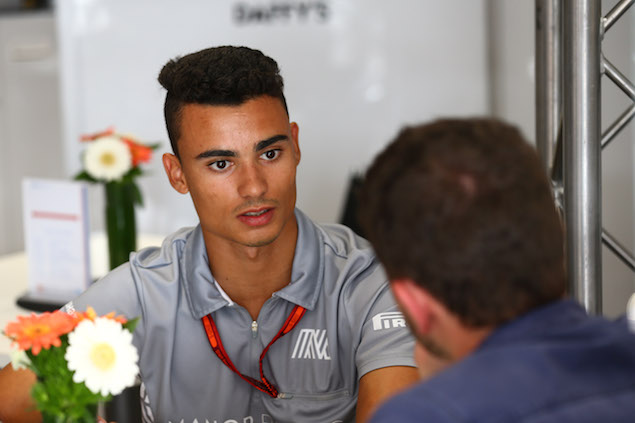 Despite the close attention being paid by Mercedes, and the obvious tension between Lewis Hamilton and Nico Rosberg, Wehrlein is not allowing himself to be distracted by what is happening elsewhere when he still has so much to learn.

“That’s my target to win races with Mercedes and be able to fight for the championship but at the moment… I wouldn’t say it’s too far but it's not the right time to think about that. I still need to learn a lot about Formula 1, about the car and everything and improve myself. Then when the chance is there I want to make the best out of it.

Wehrlein has already displayed his awareness of the importance of beating Sauber in the constructors’ standings, and while he will have to wait for a Mercedes seat for a little longer, his determination to lead Manor could provide him with a more competitive car in 2017 without having to go anywhere.

“In the end it’s not my decision which team I will drive for next year. I don’t know what will happen next year. I think Manor has potential for next year of course because the regulations are new, the team is growing, I can see that everyone is pushing a lot and it seems like we are improving step-by-step.

“I think if we can do the same progress for next year which we did over the last six months it’s clear that the team will be in a better position for next year. I hope so.”

How Eric Boullier is keeping McLaren on its toes